Zero Strain on PS4 from eastasiasoft and Kaio Meris is a shoot ‘em up with a bit of a MOBA twist. Learn more in our Zero Strain review!


In Zero Strain from eastasiasoft and Kaio Meris, you will take on a game that mixes shoot ‘em up elements with a dash of MOBA – which is short for Multiplayer Online Battle Arena. This means that you will have to balance offense and defense to be able to survive on each of the battle arenas you will take on. The more damage you deal, the more powerful your weapons will become so that you can put then to good use against the larger and deadlier enemies you will face. Opponents will shoot at you at all times, filling up the screens with so many attacks that the game ends up feeling like a bullet hell! 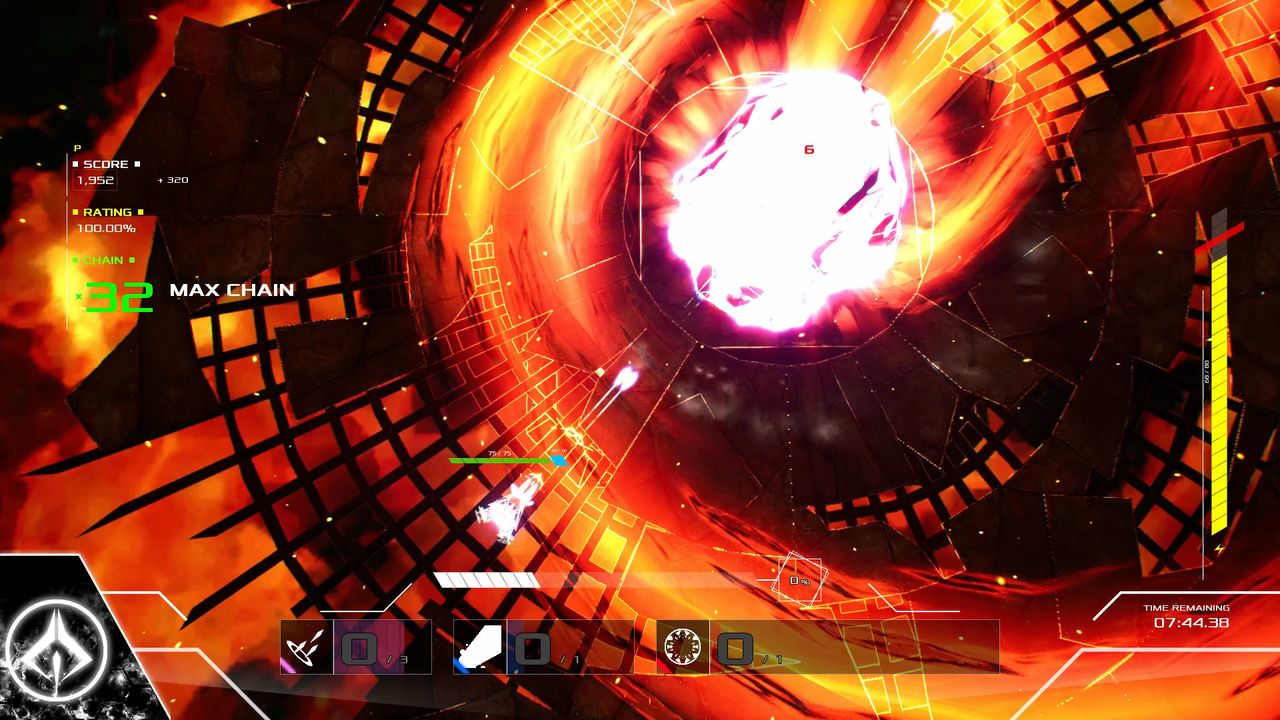 For this one, you will be partnering with Aleira, the keeper of the station who is in desperate need of pilots. She will take you through the basics in a short tutorial section before you start the game proper. Your goal is to collect light echos from other dimensions so that you can bring them back to Aleira to power the station and improve it. You will also be creating new spaceships – called catalysts – after progressing through the game and collecting enough catalyst shards to use the essence reactor to create a new catalyst.


Each catalyst will offer three unique weapons, along with a passive ability. Each one certainly feels different, and you will need to make good use of what each one has to offer if you want to survive. You will move your spaceship with the left analog stick, aiming by lining it up with the general direction of your opponents, firing your basic weapon aiming with the Square button. You can dodge with the R2 button, which will be a must if you want to stay alive. Dodging and using your main weapon will use up some of your energy bar, which you can see on the right side of the screen, so be sure to keep an eye on it! 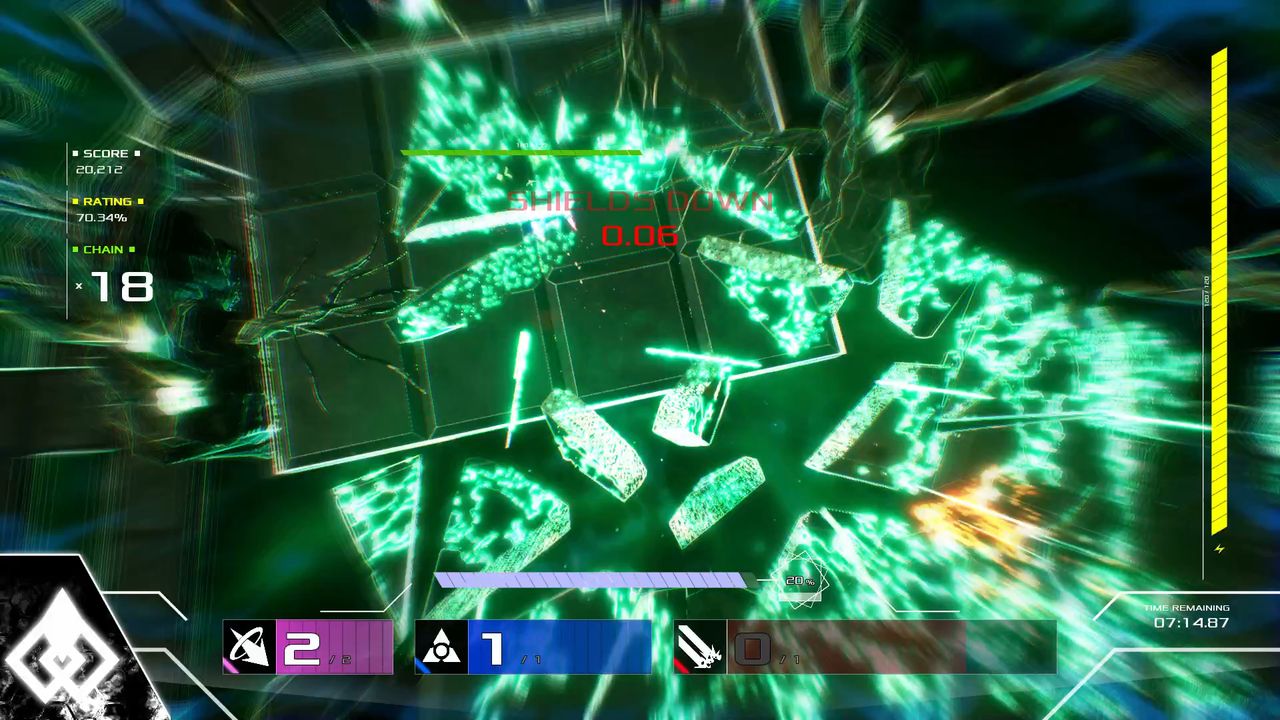 As mentioned before, damaging and destroying your opponents will allow you to charge up your special weapons. Each of your weapons will be charged separately, which is the game’s way of balancing things since some of them are certainly a bit overpowered, which is why those will charge at a slower pace. You can activate each of your three special weapons by pressing and holding the L2 button along with the Square, Triangle, or Circle buttons… as long as you have at least one charge stored up for each corresponding weapon!


Destroying enemies will yield pickups, but you need to be careful when you collect them, or else you’ll be putting yourself in dangerous situations that could prove to be fatal. To avoid this, you can use your booster dodge with the L2 button to quickly bring the pickups towards you. The last thing you need to be aware of is the Syncro Burst. When activated, it will restore all of your health while also damaging nearby enemies. To charge the Syncro Burst, you must remain active, always attacking, dodging attacks, and grabbing pickups. 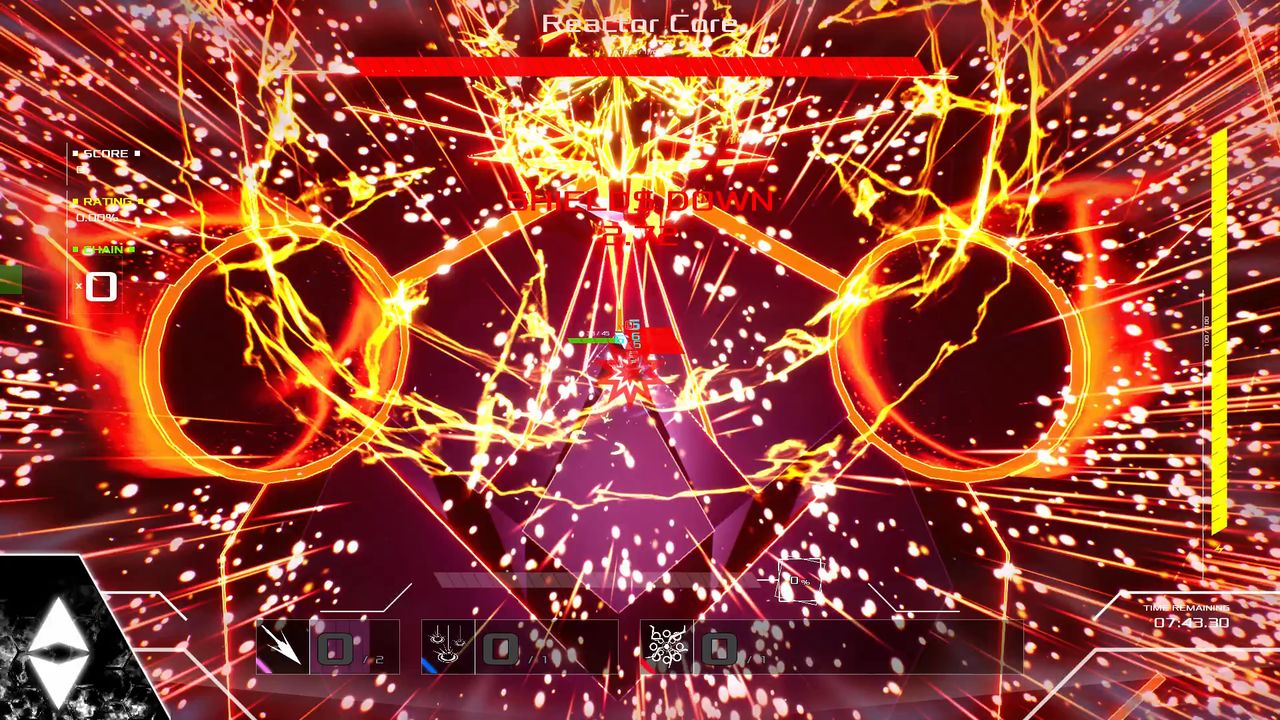 Along with the regular enemies – of many shapes and sizes – that you will be battling against, there are also going yo be super strains to fight. Think of super strains as the game’s bosses. You will need to pay attention to their movement and attack patterns if you want to defeat them. Don’t feel bad if you are defeated, since you’ll surely learn from your mistakes. Defeat a super strain, and you will be rewarded with a light echo to power the station, which is needed if you want to be able to create new catalysts. All of this will be done so that you can power up the station and unlock more powerful catalysts so that you can fight and defeat the final entity, which is aptly named The End.


Trophy-wise, this one features a full trophy list with a Platinum trophy at the end of the road. None of the trophies are missable, and several of them have objectives of a cumulative nature. There are trophies for collecting 60, 360, and 720 pickups, for defeating 100, 500, and 1,000 enemies, for using your special weapons 30, 60, and 120 times, and for increasing the station’s power to level 3, level 6, and level 12. The other two trophies are for defeating a pair of the game’s bosses, and you’ll then have one new Platinum trophy for your collection! 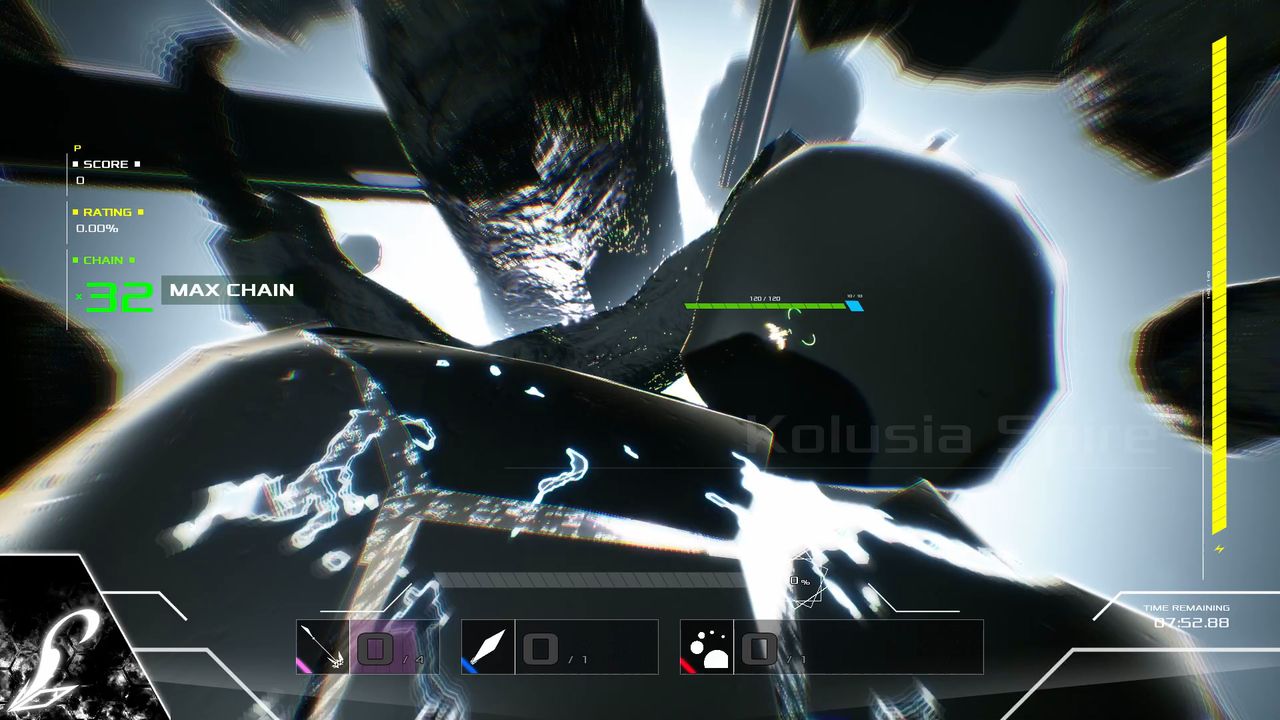 Zero Strain is a fun and fast-paced shooter with a colorful look full of bright and flashing lights and an electronic soundtrack to complement the action. It splits its stages into Descent options in which you’ll be moving from layer to layer, Defend stages in which you will need to make sure the core is kept in one piece or Boss stages that will put your skills to the test. Zero Strain is out now on PlayStation 4 with a $9.99 asking price, and it’s one you should definitely check out.

Disclaimer
This Zero Strain review is based on a PlayStation 4 copy provided by eastasiasoft.