Nicole from Ratalaika Games and WinterWolves Games is a visual novel/mystery-type game that is out now on PlayStation 4. Learn more in our Nicole review!


Nicole from Ratalaika Games and WinterWolves Games is a visual novel/mystery-type game in which you will take control of the titular Nicole, in an experience that will be very different from most visual novels you’ve played! But wait! If you’re more of a straight-up visual novel type of gamer, then I have good news. While Nicole uses a stats-building system for its main gameplay mode – mode on this in a bit – you can also select to play the game as a pure visual novel without the extra system, which means that you’re basically getting two game experiences in one! 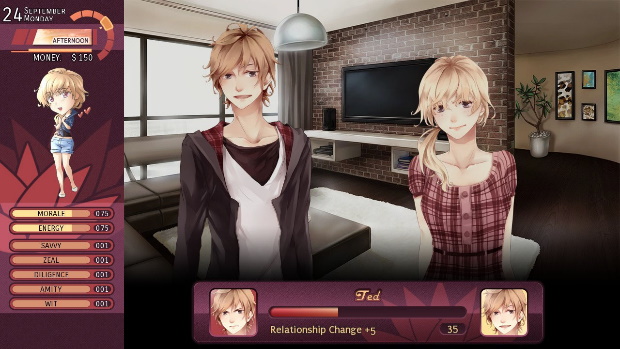 Nicole is a college student, and you will be tasked with helping her with her day to day life. When playing with the stats-building system activated – which is the default option – you will have to keep an eye on her morale, energy, grades, zeal, diligence, amity, wit, and money, because the choices you make, the actions you take, and the interactions you have with the NPC you’ll meet, which include Darren, Kurt, Jeff, and Ted, the four potential suitors that you can end up dating. The twist is that there have been a series of abductions, and one of the four suitors could be the culprit! 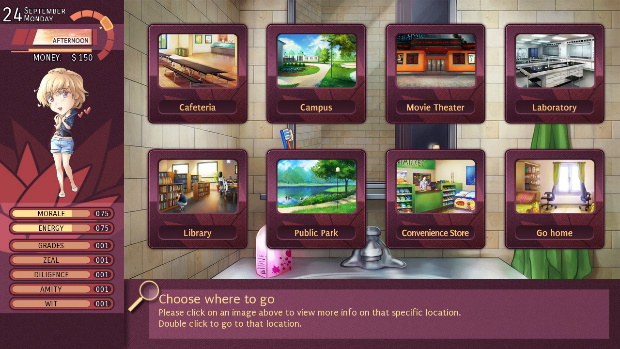 To earn more money, you’ll have to work hard while balancing your time with going to school and doing your homework. The other stats can be boosted by doing things such as studying, going to the gym or working out, socializing with other students around the campus, reading a specialized book – or two! -, tidying up your room, taking a nap – a great activity for recovering your energy and morale -, going to the public park, visiting the convenience store, or enjoying the school cafeteria, to name some examples. 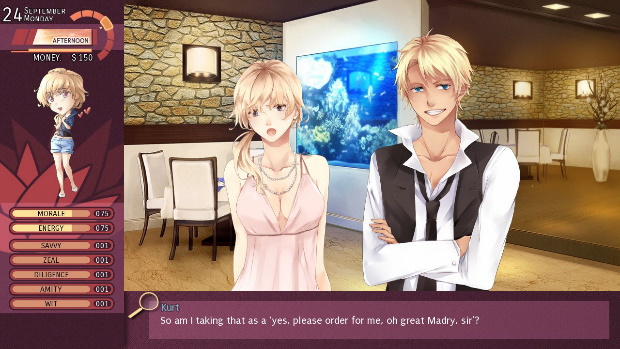 Nicole has a full trophy list, which is always nice when taking on a visual novel. Due to the game’s nature, several of the trophies will be tied to unlocking the different endings you can reach, including a very bad ending, endings for each of the suitors, and special endings on top of these. The game mentions that some of the trophies are tied to the stat-building system, so if you want to get all trophies, you will have to play the game in that mode. These trophies will pop once you unlock a handful of extra jobs. 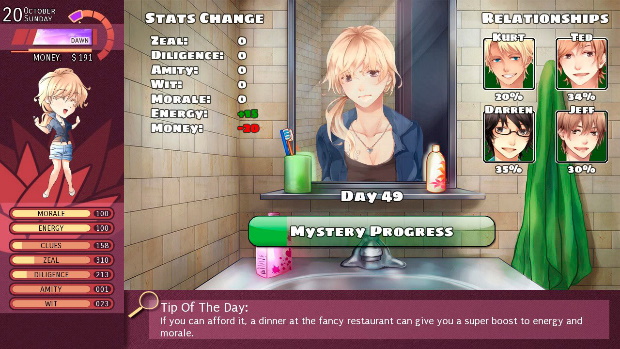 Nicole is a visual novel/mystery game that does some things differently, which helps it stand out from other visual novels on Sony’s console. The game offers a ton of content, as well as two different gameplay modes, so that fans of regular visual novels can also have an experience that is more similar to what they’re used to playing. Nicole is out now on PlayStation 4, with an $18.99 asking price, and it’s one that fans of the genre are going to enjoy.

Disclaimer
This Nicole review is based on a PlayStation 4 copy provided by Ratalaika Games.