Lost Wing from 2Awesome Studio and BoxFrog Games is a fast-paced arcade-style racer/shooter on PS4. Learn more in our Lost Wing review!


In Lost Wing from 2Awesome Studio and BoxFrog Games, you will take on a futuristic racer/shooter on PlayStation 4 that takes some of its inspiration from the WipeOut series and the Tempest franchise. You’ll be controlling a spaceship as you avoid or destroy obstacles, using its abilities to survive until the boss fights that have a hint of Star Fox to them. Crash into an obstacle or a hazard, and you will lose a life. Lose all three of your lives, and your run will be done, and you’ll have to start over. 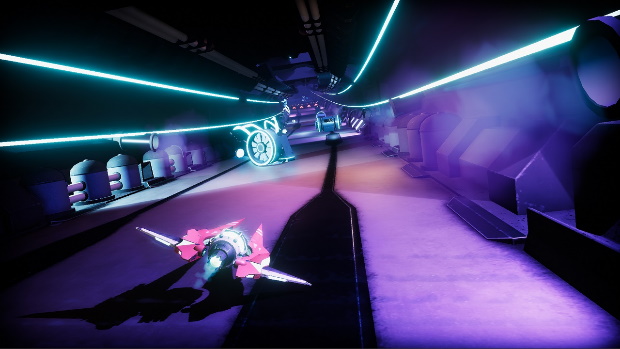 You’ll move your ship with the left analog stick or the D-Pad, jumping with the X button. You can shoot with the Square button. Every shot will use up some of your charge, which is why you can’t just fire non-stop, or else you’ll use all of your charge. This is important because your charge is also used when you activate the slowdown ability, which can keep you from losing your wings – or a life – when you hit one of the obstacles or hazards on your path. The slowdown ability is activated with the L2 button, and you can do the opposite and speed up by pressing the R2 button, which is how you build up your charge. You will also have a powerful smartbomb that can be activated with the Circle button. You will get to learn all of this during the Tutorial segment, which you should definitely play.


You can level up based on the score you accumulate after each run, which will be needed for unlocking additional content to play. At first, you will only be able to play the aforementioned Tutorial and the Industrial campaign. Once you hit level four, you’ll be able to take on the Forest campaign. Level up to hit level eight, and you will be able to play the Canyon campaign. You can also unlock the Boss Run challenge in which, as the name suggests, you will take on an endless onslaught of the bosses in Lost Wing. Leveling up will also unlock higher difficulty settings. The higher the difficulty, the bigger the XP boost you can get, with a 5%, 10%, and 15% XP boost when playing in Medium, Hard, and Hardcore, respectively. Oh, and there are also a pair of ships for you to unlock when you hit level 12 and 24, along with different colors for all three ships! 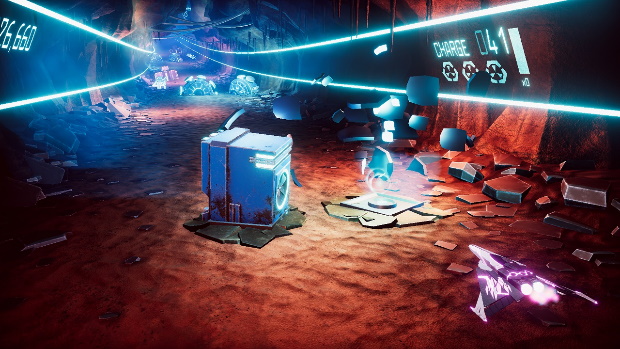 As you play, you will get to collect different pickups to aid you. There are some that will boost your overall points, spheres that will increase your charge, extra smartbombs, a drone helper, something yo help you recover your wings in case you’ve lost them along the way, one pickup that will make your ship grow, another one that will make it shrink, and I pickup that I suggest you avoid since it will flip the camera and put your ship upside down, which will certainly get in the way and could make you lose a life. If you lose one of your wings, your ship will handle differently and move slower when going from side to side. Lose both wings, and you’re in a lot of trouble! 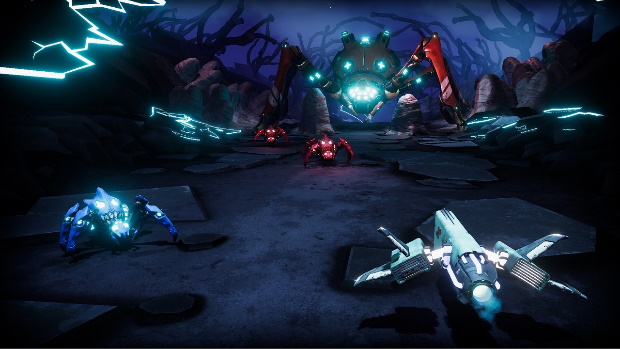 Trophy-wise, this one has a full list with a Platinum trophy, and due to the game’s nature, the time it takes you to get it will be based on your skill level. You have nothing but Gold trophies to aim for, and they will be awarded to you for completing the Tutorial, losing a wing, crashing your ship, firing 1,000 bullets, arriving at a checkpoint without receiving any damage to your wings, destroying 100 obstacles, playing upside down for a bit, unlocking a new color for your ship, destroying five obstacles with a bomb (which you can do during the tutorial segment), for scoring at least 100,000 points in a level, and for fighting a boss. 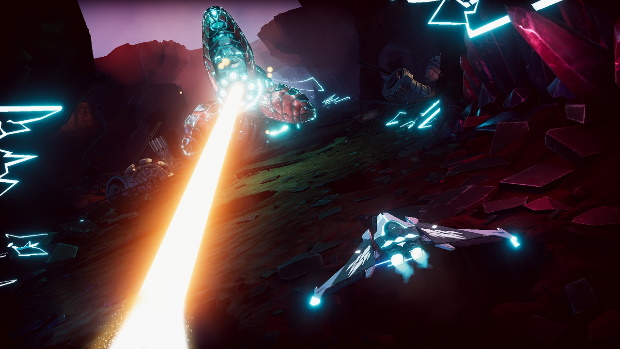 Lost Wing is a fun arcade-style release with a solid electronic music soundtrack, easy to understand gameplay mechanics, and a handful of stages to play. It’s not going to be for everyone, but it does a nice job of being a smaller title with a pick up and play feel that works as a palate cleanser. Lost Wing is out now on PlayStation 4 with a low $7.99 asking price.

Disclaimer
This Lost Wing review is based on a PlayStation 4 copy provided by 2Awesome Studio.

Boomerang Fu Out Next Week On Nintendo Switch