Aircraft Evolution from Sometimes You will take you from World War I to futuristic air battles, as you progress through 40 different stages, destroying everything in your path with your arsenal. The objectives you’ll have to complete include things such as destroying several waves of enemies, blowing up a base, defeating a boss, and more. Aircraft Evolution offers a simple and to the point gameplay loop of an arcade-style nature, which makes it an easy one to jump into. 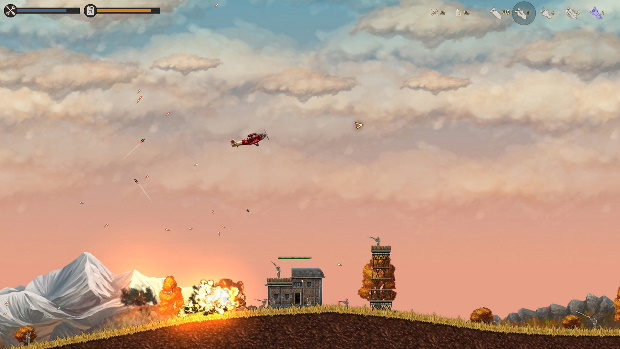 You will navigate your aircraft with the left analog stick, accelerating with the L2 or the X buttons. You’ll fire your weapon with the Triangle button, selecting from the available bombs with the right analog stick, and dropping them with the Square button. Your ship will require fuel to fly, and you’ll also need to repair any damage it suffers, or else you’ll end up being the one that goes boom, so press the L1 and R1 buttons as needed… as long as you have enough refuel and repair items in stock! 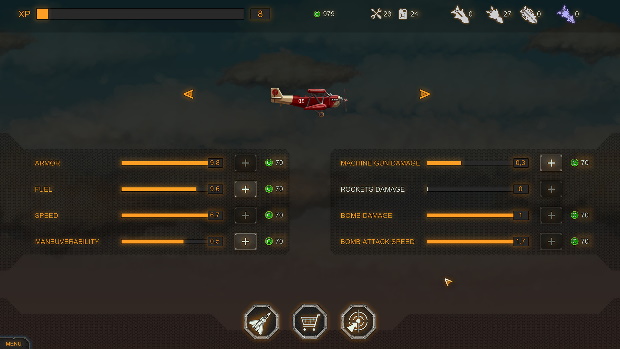 As you battle through each level, you’ll earn experience points and credits based on the number of foot soldiers, tanks, gun turrets, airplanes, and buildings you destroy. Credits can be used to upgrade your aircraft, or to purchase new ones with better stats, as long as you have leveled up enough to reach the required level. Each aircraft will have four stats for you to worry about: armor, fuel, speed, and maneuverability. You can also boost the machine gun damage, bomb damage, bomb attack speed, and rocket damage – when applicable. Your starting aircraft is good enough to get the job done, but you should definitely buy new ones as you go. There are also four extra bombs you can load into your arsenal: cluster bomb, napalm, heavy bomb, and super heavy bomb. Refueling your aircraft and repairing it will also cost credits, so be sure to save some! 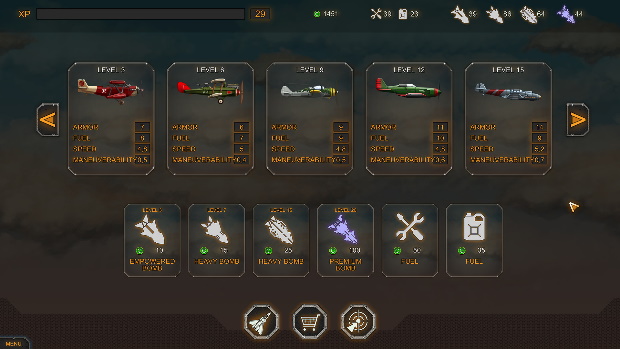 Trophy-wise, Aircraft Evolution offers a straightforward list with a Platinum trophy waiting for you at the end of the road. Several of the trophies are awarded as you progress through the game, and the others will unlock as you use the different – and powerful – bombs the game has to offer, be that after buying them or after collecting them for free in one of the game’s bonus stages. There are trophies for buying the most expensive plane on the list, and another trophy for fully upgrading a plane. It’s a list that should take you around 3-4 hours at most, depending on how many of the more powerful bombs you end up getting from the bonus stages, which will allow you to use your budget for plane upgrades. 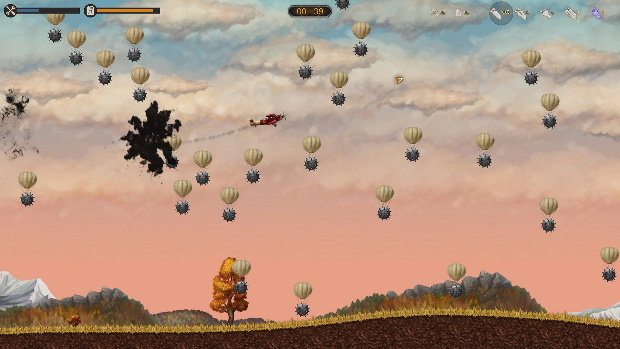 Aircraft Evolution is a fun 2D airplane action game with a bit of a casual vibe to it, with easy to understand gameplay mechanics and a gameplay loop in which the difficulty increases at a steady pace, without ever overwhelming players. Aircraft Evolution is out in PlayStation 4 with a $9.99 asking price and has a Platinum trophy waiting for you.

Disclaimer
This Aircraft Evolution review is based on a PlayStation 4 copy provided by Sometimes You.