[Beyond PlayStation] The Great Perhaps Review

The Great Perhaps from Drageus Games and Caligari Games is a 2D adventure game in which you play as an astronaut returning to Earth after it has been destroyed by natural cataclysms. Learn more in our The Great Perhaps review!


In The Great Perhaps from Drageus Games and Caligari Games, you will be taking on a 2D adventure game that places you in the role of astronaut Kosmos, who is returning to Earth… after it has been destroyed by natural cataclysms. Everything is pretty much gone, but all hope is not lost thanks to a peculiar lamp that Kosmos finds, which can allow him to see into the past. Will he be able to find out what has happened? Is there a way for him to use this knowledge to make things right before it’s too late? Along for the ride will be L9, an AI that has served as Kosmos’ companion during the trip in space, and now on his journey back on Earth. 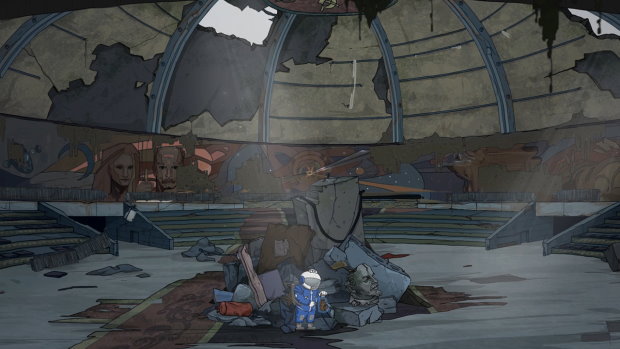 You will control Kosmos with the left analog stick or the D-Pad, holding down the R button to run. The B button will be used for jumping, can throw objects with the X button, and can use the A button to interact with things in order to solve the different puzzles the game will throw at you. Once you gain access to a mysterious lantern, you’ll be able to use it to time travel by pressing and holding down the Y button. That’s all you’ll need to worry about for the game’s controls, which will allow you to focus on the great story, fun puzzles to solve and the gorgeous presentation that The Great Perhaps has to offer. 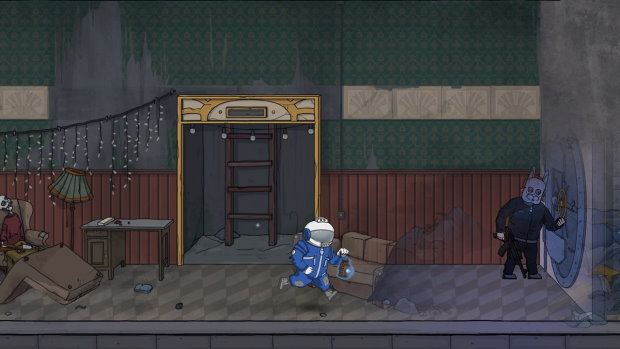 If you die, which will happen several times during your time with The Great Perhaps due to the trial and error nature of the whole time traveling angle, you will quickly respawn at the nearest checkpoint you’ve reached. As for how exactly you’ll die, allow me to present to you one hypothetical example. Say you’ve managed to found an old subway station that is now beyond repair. Since there’s going to be a lot of rubble on your path, you might want to use the lantern to travel to the past, when the whole system was in a much better condition. While this will certainly help you progress further into the tunnel, a working subway system means there’s going to be trains running through the tunnel… and you know what happens when a train runs over someone! Oh, and if the train doesn’t kill you in the past, the giant mutant rat in the present most certainly will! 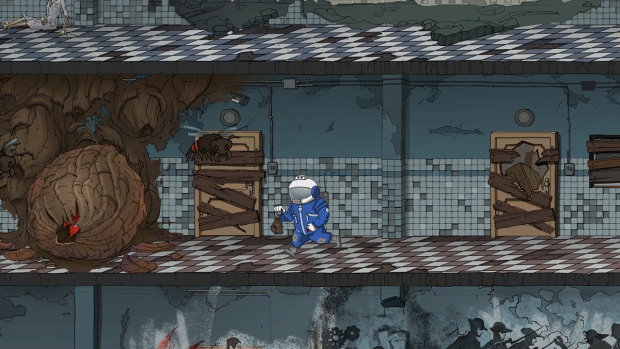 The Great Perhaps has an in-game achievement system to mark the different milestones of your journey. After you’ve unlocked an achievement, a notice will pop for it on the right side of the screen. Without spoiling too much of the game’s story, I will mention that The Great Perhaps achievements have names such as Certified Time Traveler, Crime and Punishment, The Train is Coming, Enfant Terrible, Ostrich Tamer, I Miss You, Hide-and-Seek, and, of course, Looking for the Great Perhaps, to name some examples. That last one is awarded for completing the game, but you’ll have to play this one to learn what you have to do to unlock the others! 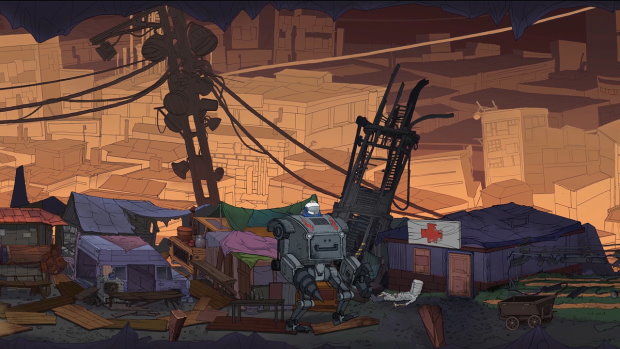 Disclaimer
This The Great Perhaps review is based on a Nintendo Switch copy provided by Drageus Games.

Road to Guangdong Out Today On PS4 And Nintendo Switch