The Eternal Castle [REMASTERED] reimagines an old-school MS-DOS game design, completed with 2-bit CGA graphics, on Nintendo Switch. The game claims to be a remake of the long-lost 1987 game The Eternal Castle, which does not exist. This is why the word “[REMASTERED]” is in there. You control either Adam or Eve (or both, since the game features co-op), who are tasked with entering The Eternal Castle in order to repair their ship and escape from this post-apocalyptic world. 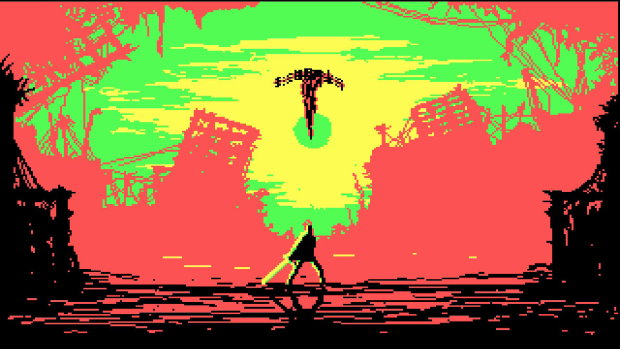 The game’s controls are pretty straightforward, which makes sense when you consider the games that inspire it. There are multiple button configurations, but I’ll discuss the default configuration. The analog stick has your character run, while the D-pad makes you walk. You can also hold down the L button to walk with the analog stick, or the R button to run with the D-pad. You attack with either the Y or ZR buttons and use projectile weapons by holding the ZL button and attacking. Jumping and interacting with doorways is done with the B button, and you can duck – as well as roll – with the A button. 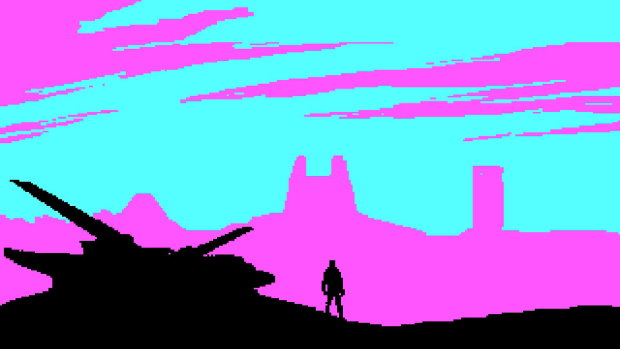 The 2-bit CGA visuals in 2020 are certainly unique, as they harken back to an era when developers were much more limited in what they could do with the tools of their time. At times, what the developer is able to achieve with such a simple color palette is breath-taking. But other times, for instance, in a hallway fight with strobe lighting, the game can be almost migraine-inducing with all the flashing blue and pink in the scene. If you’re prone to headaches or seizures due to flashing lights, be careful if you choose to pick up The Eternal Castle [REMASTERED]. The game’s styling carries over to the fonts and overlays for pickups, which can make things very difficult to read, make it hard to interact with some elements in the game, or even getting in the way of actually seeing your character. 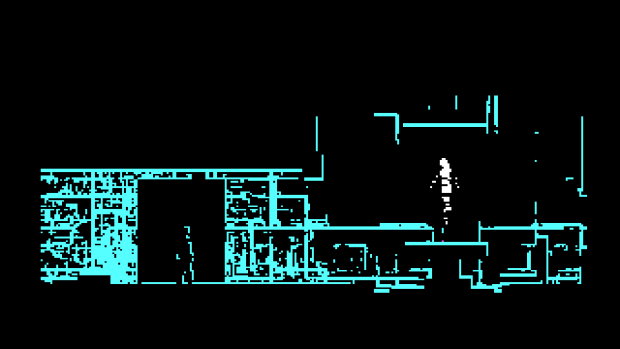 The Eternal Castle is a throwback to difficult side-scrollers of the past, and boy oh boy, does it get the difficulty right. Movement is not very precise, which can make landing your attacks a challenge. There are some real head-scratchers when it comes to how to get through some enemies, while other battles boil down to luck and button mashing. Luckily, the game’s world is set up so that players can teleport back to their ship and attempt another of the areas. At least there are pickups that make the experience more approachable, making backtracking to other areas of the game slightly easier. 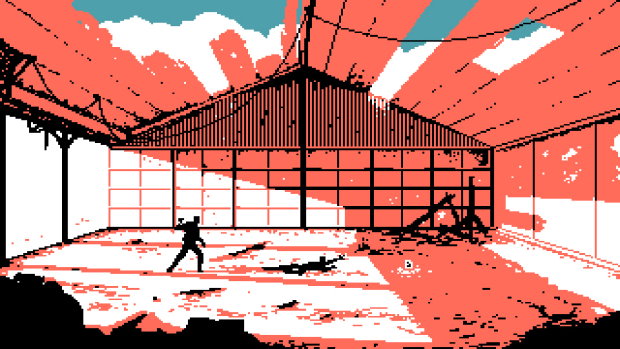 While overall an interesting experience, there are some technical problems holding The Eternal Castle [REMASTERED] back from being a great game. The game’s framerate will stutter every now and then, something I noticed happened more often when playing in Handheld or Tabletop Mode. This was evident when transitioning between screens or simply after a jump. As the game relies on precision for its platforming segments, any lag can be the difference between life and death. While the initial loading screen is great, as it mimics booting up an old MS-DOS game, other loading sequences felt too long. I thought at times that the game had frozen on me as I waited for at least 20 seconds for some of those loads.

Disclaimer
This The Eternal Castle [REMASTERED] review is based on a Nintendo Switch copy provided by TFL Studios.