[Beyond PlayStation] Save Your Nuts Review

Protect your nuts at all costs in this fun party featuring animals competing in the Nutlympics. Check out our Save Your Nuts review!


Online Multiplayer, Couch Party up to 8 Players or bots. Competitive Game Modes. Customizable, Power-ups and interactive levels
Crafty squirrels organize a tournament to challenge other animals in a physics-based competition for the ages. Make daring plays alongside your teammates, grab food power-ups, and tackle your opponents to steal their nuts in this wild multiplayer-focused party game!

Save your Nuts is a new party game for you to play with other people either in local couch multiplayer or by taking the battle online. Now, this is purely a multiplayer experience, but if you can’t find others to play with, you can set up some bots to complete your matches. 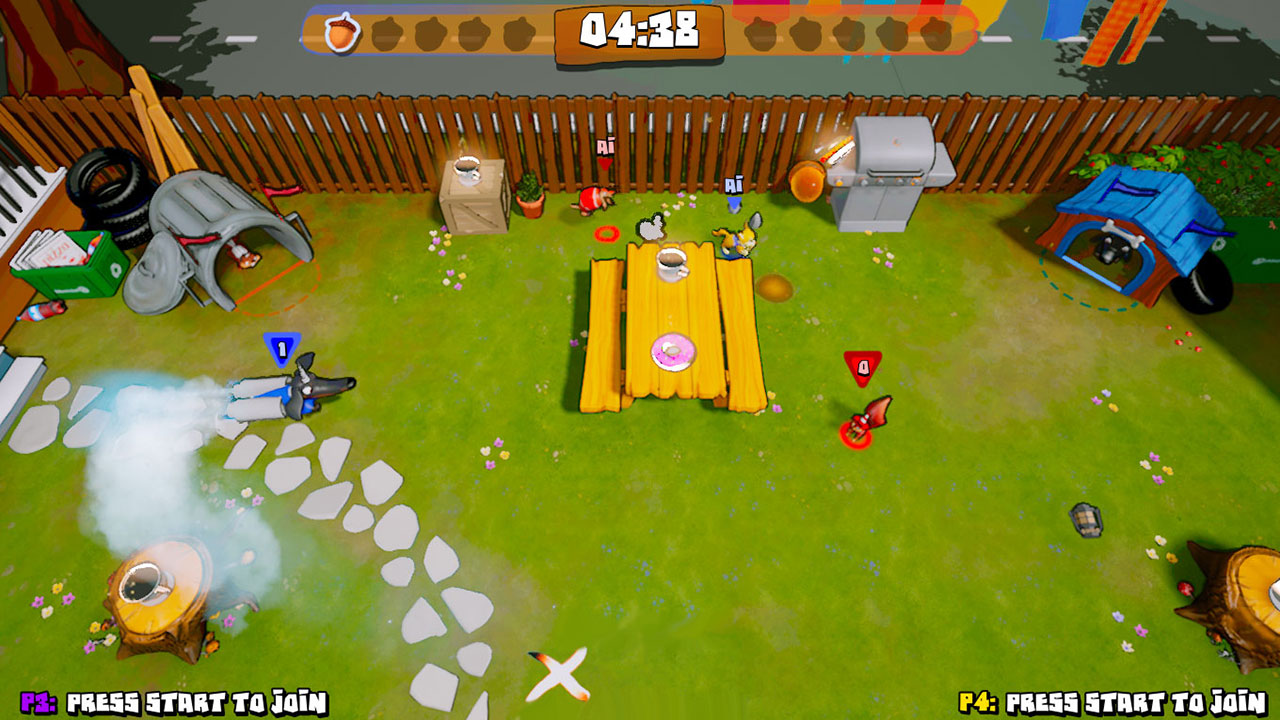 The premise of the game is that squirrels are tired of being bullied at the park, so they organize the Nutlympics. Many animals are open to competing in these new Nutlympics to make it clear who is number 1. It’s a pretty simple story setup that allows players to quickly jump into the game right away.


You can choose what type of animal you want to be: a squirrel, dog, raccoon, armadillo (haven’t seen many of those at parks!), and a couple of hidden unlockable characters that you should get pretty easily. Each animal has its advantages, so play around with them to see what best suits your playing style. You can change their colors and even add some hats to help establish who is on your team. 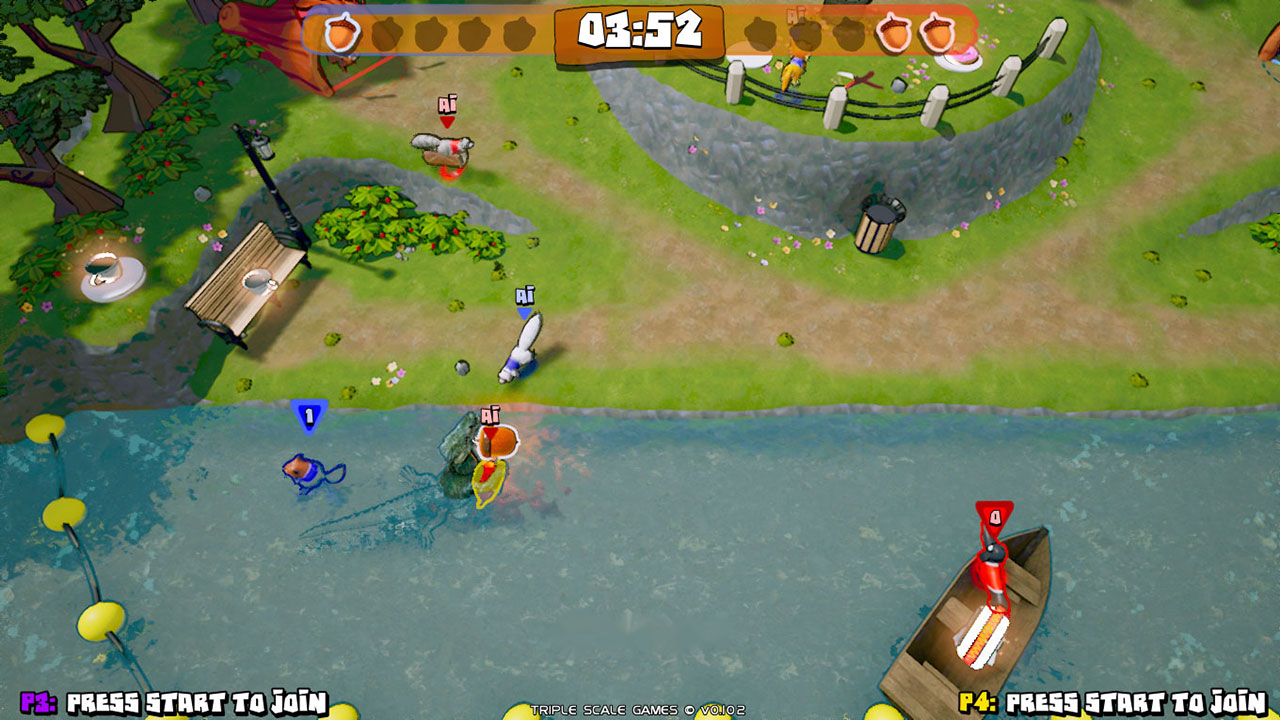 You have a few basic modes, including Capture the Nut, Battle Mode, and Thieves Mode. Capture the Nut is exactly what it sounds like since you need to capture the nut from the opposing team, take it to your base and score a point— the first team to five wins. Battle Mode puts three balloons on each character, and when someone is attacked, it will lose a ballon, so you’ll have to destroy all other ballons – while keeping yours safe – to win. Thieves Mode is a more frantic version of Capture the Nut since it puts all five nuts into play at once. It’s quite a bit more fast-paced, and, at first, it could end up being more confusing.


When I started to play, I did think the level design was boring, but once I started playing, the game quickly changed my mind! When you get first play, you’re on parks and fields which don’t show off the fun you can have. But once you start unlocking new areas, you will run into more fantastical scenarios. There is a castle, ships, a busy downtown sector, and more. The level design gets more complex as well, with traps and other things that add some extra wrinkles to the whole thing. 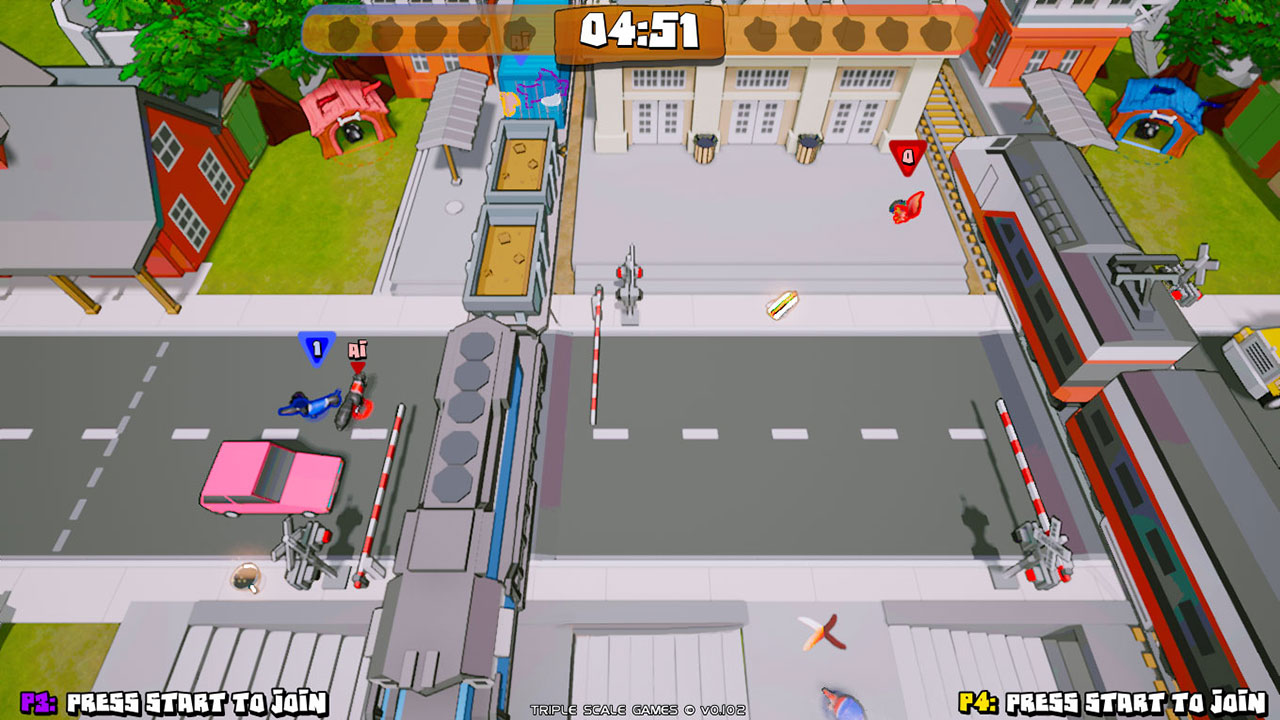 Your biggest issue will be finding people to play with. Since it’s a multiplayer game, it’s best enjoyed with friends or even with strangers online. The online part is where you will run into an issue because getting a match has proved to be quite hard. The good news is that you can always enjoy some local couch multiplayer, or add some bots to play against, tailoring your experience based on how difficulty you want them to be. I had a good time playing with my kids, but when I played on my own against bots, it certainly did not provide the same experience.


Save your Nuts looks okay on Nintendo Switch. All of the characters have a janky look to them, and I didn’t really like the design of the animals. The levels are fine but lack polish, although the later areas definitely give a distinct visual identity to the game. This game is better when played on a big TV screen since I found that playing on the Nintendo Switch’s screen would make it very hard to keep track of everything. 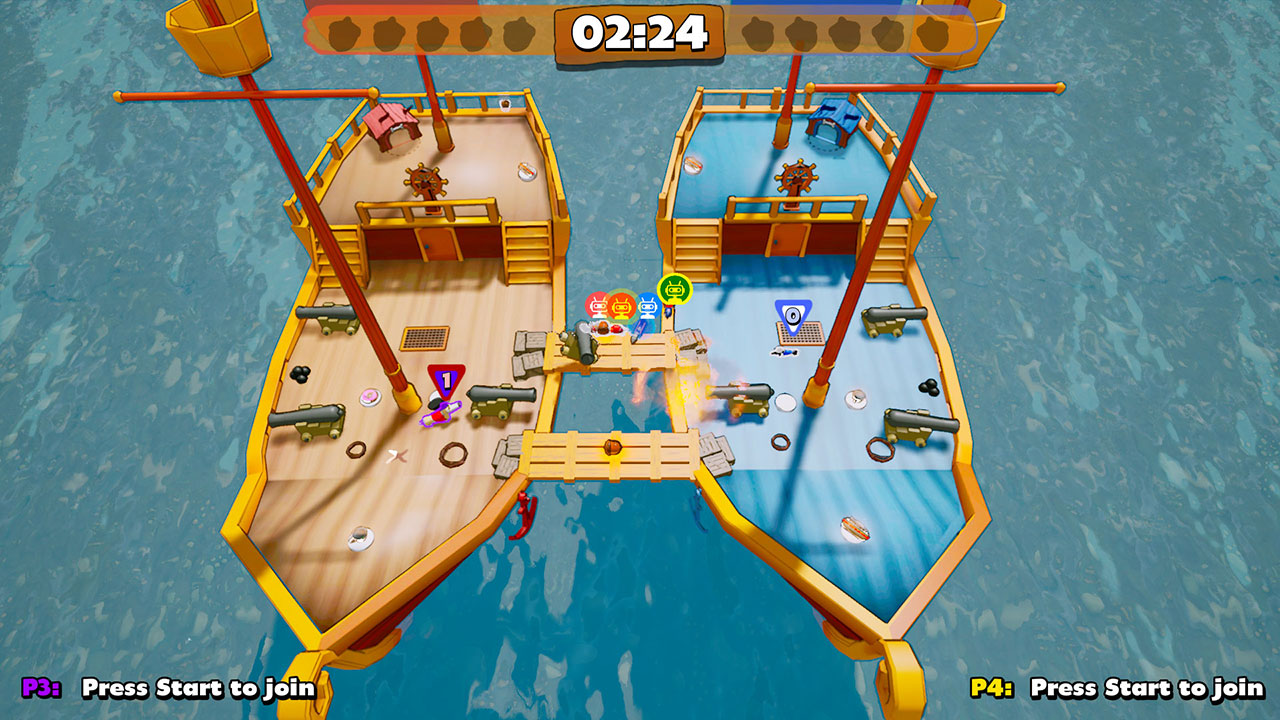 Save your Nuts is an okay party game that lacks some extra content to round things up. There are three modes, but I really enjoyed the one the most – Capture the Nut. It’s fun to play with humans, but if all you have is AI bots to play against, then it’s not a compelling experience.

Disclaimer
This Save Your Nuts review is based on a Nintendo Switch copy provided by Triple Scale Games.

Gamer Girl Out Next Month On Nintendo Switch And PS4