Ignition Publishing and Caracal Games are getting ready for the September 8 release OkunoKA Madness, an evolution of the original OkunoKA that released on Nintendo Switch in 2018. Check out our preview! 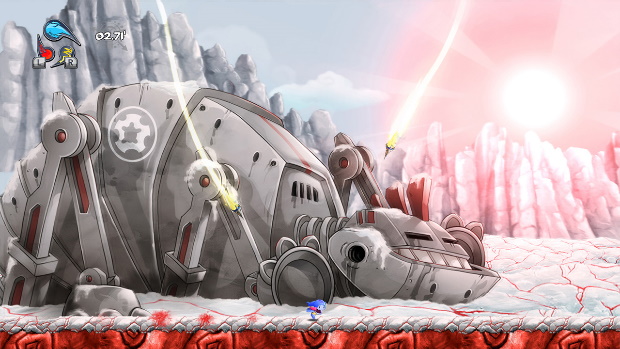 OkunoKA was released on Nintendo Switch back in 2018 as a Nintendo Switch console exclusive. It’s now 2020, and the revamped OkunoKA Madness from Ignition Publishing and Caracal Games is making its way to the Nintendo Switch – and the PlayStation 4 – with a September 8 release date. So, what’s new in OkunoKA Madness? The game takes what OkunoKA did before, and adds new levels, new bosses, new challenges, and some extra bells and whistles here and there. 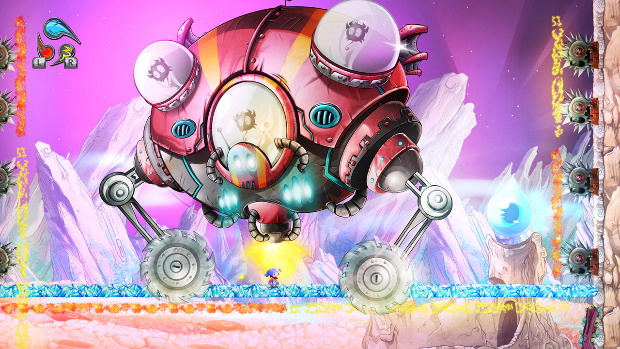 What is OkunoKA Madness? It’s a hardcore 2D platformer in which death is always near. You will control KA, and need to always be on high alert as you try to complete each of the more than 100 bite-sized levels the game has to offer. While they’re short, they also offer a considerable challenge, making it feel like a huge victory when you complete each one of them. The game includes a Story Mode – which I won’t spoil here -, a Madness Mode, and a Time Attack Mode, for those of you who like to speedrun your games, searching for a way to cut down on your overall time one second – or less! – at a time. 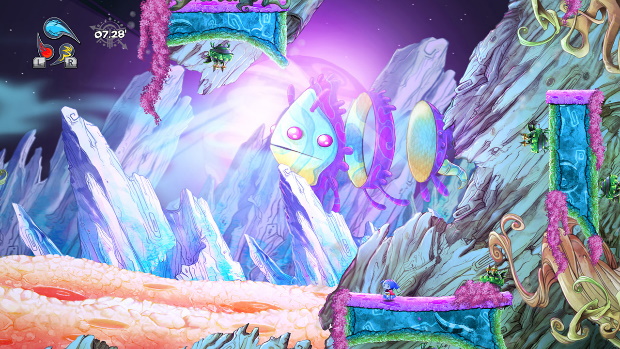 The controls are simple and to the point so that you can focus on the action. You’ll move KA with the left analog stick or the D-Pad, running by pressing and holding down the X or ZR buttons, jumping with the A or B buttons. You can also wall jump by pressing up against a wall and then using the A or B buttons. You can look around with the right analog stick in case you feel something is off. You can cycle through your powers with the L and R buttons as needed so that you can activate and deactivate walls and platforms in some stages. You will need to make good use of your abilities to slowly but surely lower your overall completion time as you collect the souls that are in danger of falling into the hands of the evil Os. 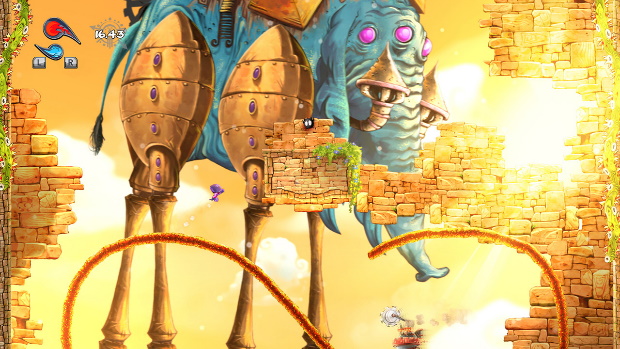 The first world for OkunoKA Madness will start things off a bit on the easy side so that you can get used to how your character controls and how the game works. Every stage will introduce a new element, making the first world feel more like an extended tutorial. But once you get to the first boss, and then make your way to world 2, the difficulty certainly ramps up. I had fun collecting souls – and bonus dream souls hidden in each stage or in the special vortex levels – and I look forward to spending more time with the game for our review!

Disclaimer
This OkunoKA Madness preview is based on a Nintendo Switch copy provided by Ignition Publishing.

13 Sentinels: Aegis Rim Out Next Month