[Beyond PlayStation] Bloodstained: Curse Of The Moon 2 Review 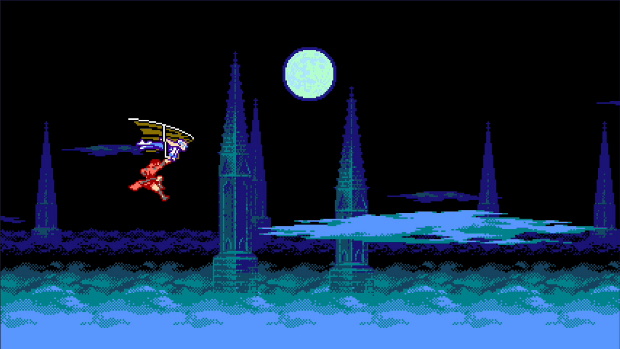 After a long and harsh journey, Zengetsu and its companies managed to vanquish evil and defeat the demons during the first Bloodstained: Curse of the Moon game, thanks to the support of Miriam, Alfred, and Gebel. Unfortunately, peace did not last. A mysterious tower has surfaced, bringing with it a new demonic threat to the land. This was known as the Demon Tower. As you can probably imagine, with a name like Demon Tower, this location was anything but good news, so off you go into a new adventure!

Joining the enigmatic and well-rounded Zengetsu, who was also part of Bloodstained: Ritual of the Night and the main character in the previous Curse of the Moon release, is Dominique Baldwin, who you get to see in Bloodstained: Ritual of the Night – and who acts as the game’s shopkeeper. She’s got a bit of a Duck Tales Scrooge McDuck flair to her, as she uses her spear to vault. She’s also a healer, so be sure to keep her safe because her magical powers can save the day! There is also a pair of new characters who have joined the fight. 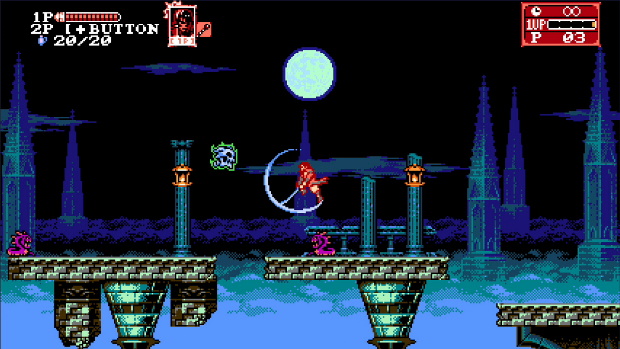 There’s Robert, who is a bit frailer when compared to other characters, but who makes up for this by having a long-range rifle that allows him to attack from a safe distance at a lower damage rate. And then, there’s Hachi. Hachi is a corgi, and it pilots a giant magical mech that sorta looks like a steam engine. Hachi is literally the tank of the team, which is why he’s got a limited set of attacks, but what he lacks in attack power he more than makes up on hit points, and on being able to walk over – and destroy! – the deadly spikes you’ll find during your journey.

Before you start this new adventure, you can select between three gameplay styles. Casual will give you infinite lives, and your characters will not have any knockback effect when taking damage, which makes this the perfect option for those new to 2D action games. Veteran is the standard style option, and it offers limited overall lives as well as the knockback effect we know and love/hate from back in the NES era. And if you’re ready for a considerable challenge, you can play this one in Legend style, which will have enemies respawning off-screen, and if one of the characters in the group dies, then all characters die – definitely leave this one for a second playthrough!


You’ll move your character around with the left analog stick or the D-Pad, jumping with the B button and attacking with the Y button. Your sub-weapon will be mapped to the X button, and that’s about it! To be able to use your sub-weapon, you’ll need to collect magic potions, since every time you use your sub-weapon, it will consume some of the magic power you’ve collected. You can, of course, change between the different characters you’ve unlocked in your journey by using the L button to change to the character to the left of your current one or pressing the R button to select a character to the right of your currently selected hero. You can also remap buttons if you want to, in case something feels a bit odd. 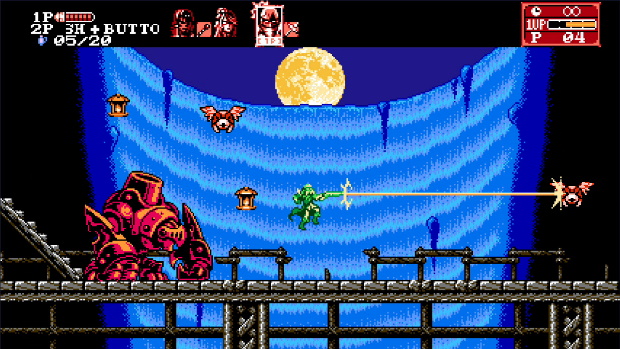 For every stage you explore, you need to remember that lamps and suspicious-looking walls are going to be your best friends. As mentioned before, lamps will either offer magic potions for you to be able to use your sub-weapon, but they will also contain items to help you recover your lost health, or even new sub-weapons that you can exchange for your current loadout. Walls can contain larger magic potions that will give your stock a considerable boost, as well as larger items to heal your wounds.

You should always be on high alert as you explore each stage, because some of them will offer permanent upgrades that will boost your groups chances of surviving. You could, for example, find a vial that will boost your overall magic stock by 10 (when playing in Veteran) or 20 (when playing in Casual), which makes a big difference. And while there is no score to boost in Bloodstained: Curse of the Moon 2, so the moneybags you collect will instead be used to fill up a bar on the upper right part of the screen. The enemies you defeat will also add to this bar, so be sure to destroy everything on your path!

Extra lives are very important because every life is actually shared not between characters, but the entire group. This means that if you, for example, only have Zangetsu and Dominique by your side if one of them dies, the other can still carry on. Once both die, you will lose a life. When you have a full team of four characters, you can really make each life count, but any member that has been defeated you won’t be able to use if you find an alternate path that would require its special skills. 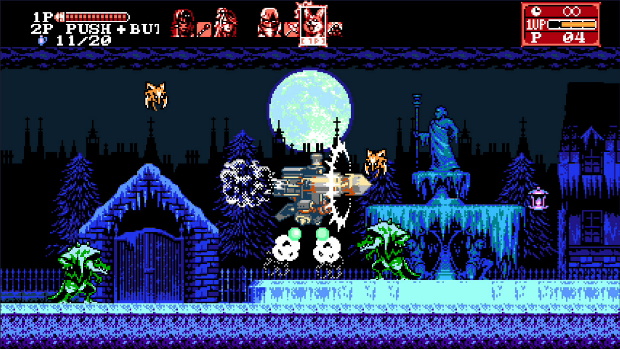 As you progress through each stage, you will run into alternate paths you can take, as long as you have a particular character in your group to take said path. This means that there’s certainly some extra replay value in Bloodstained: Cursed of the Moon 2, since you won’t be able to see everything that the game has to offer after doing a single run. Also, while prequel Bloodstained: Curse of the Moon was a single-player adventure, the sequel allows for two players playing in local co-op.


From looking at the different screens in this review – as well as the game’s trailer – you can easily understand how, while the game is certainly aiming for that old-school look that will remind you of the games some of us used to play way back in the day, it does this without sticking in full to the limitations of the actual NES hardware. Another game that did things in a similar way is the beloved Shovel Knight, which looks and feels like an NES game… or at least like our rose-tinted glasses make us remember the excellent NES console. There is no sprite flickering, which means there are way more sprites on the screen than the original console could handle, not to mention a great use of a wider variety of colors and extra effects. Mind you, this is not a complaint, but I did want to clear things up. 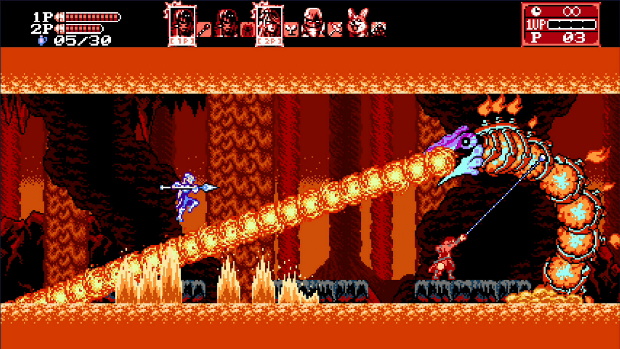 After playing the original Bloodstained: Curse of the Moon, I was definitely happy about the overall experience which, even though it was technically a bonus mini-game, certainly did a good job of ticking all the old-school Castlevania nostalgia boxes. I definitely wanted a sequel but didn’t expect to receive one before getting a sequel to Bloodstained: Ritual of the Night proper, and I was pleasantly surprised to see that the sequel expands on everything the previous game did right, and then some. On top of that, you’ll be able to do something, in particular, to unlock playing as Miriam, Alfred, and Gebel, as a nod to the main series and to the prequel. Bloodstained: Curse of the Moon 2

Disclaimer
This Bloodstained: Curse of the Moon 2 review is based on a Nintendo Switch copy provided by Inti Creates. 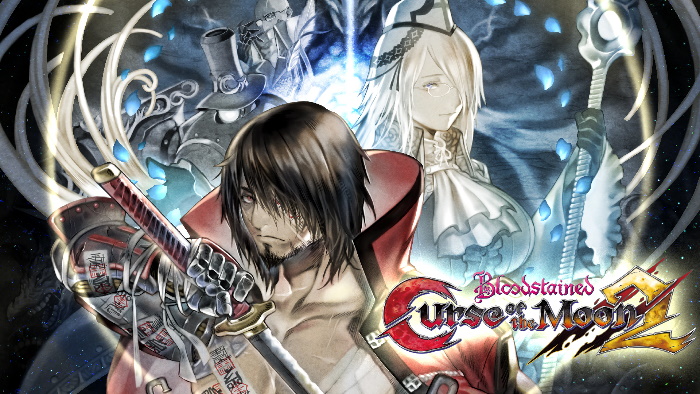 Bloodstained: Curse Of The Moon 2 Review

An excellent throwback to a golden old-school era

Neptunia Virtual Stars Out On PS4 In 2021