[Beyond PlayStation] Across the Grooves Review


Across the Grooves from Nova-box is a Rated M for Mature adventure game on Nintendo Switch that plays out like a visual novel – the team calls it an interactive graphic novel – in which your choices will affect the destiny of Alice. By modifying her past, you can give her a different future, as you explore the different branching paths that will take you down one of the endings that the game has to offer. Because of this, the game offers some nice replay value, since you can’t experience all story paths – and endings – in a single playthrough. 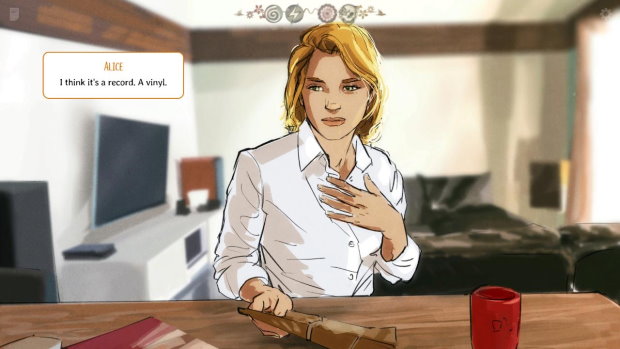 As you can probably guess from the game’s name, music will play a crucial role in this adventure. Alice has a good life, what with a long-term relationship, a good job, and a nice apartment in the center of Bordeaux, France. Things won’t remain that way for long, since her Ulysse, her ex-lover, reenters her life by way of a vynil record she receives in the post. Once she plays the record on a turntable, she’s transported to her past, where she must relive previous events that helped to shape her into who she is today. But what if you could change those events in the past? Would she be better or worse than she is in her present?


It is with this premise that you set out to play Across the Groove on Nintendo Switch. Some sections in the game will be sung, and when that happens, you will get to see the lyrics displayed in special dialogue bubbles, so that you don’t miss them. Read the lyrics at the same rhythm as the song progresses, so that you can check all of them as they’re presented in song! 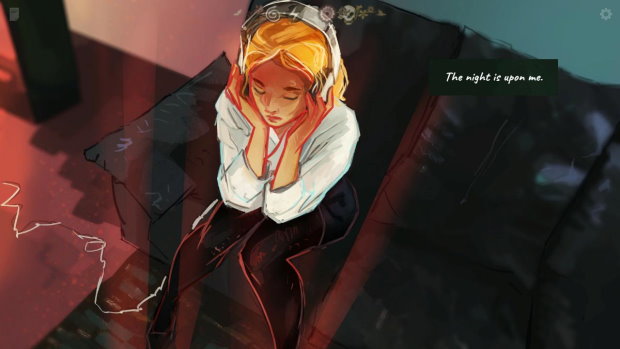 Before you play the game proper, you can take a few minutes to play the Tutorial, which will show you the basics for the game. It’s here that you will learn that the choices you make that impact Alice, will light up one or two symbols at the top of the screen. These are the Spiral, the Lighting, the Flower, and the Skull. Every choice you make has an impact, and since your progress is saved automatically, you won’t be able to change your decisions during that particular run.


Since this is an adventure game/interactive graphic novel, you’ll be pressing the A button a lot during your time with Across the Groove, since you’ll be moving the story forward by reading the text. You can also play the game in Portable or Tabletop Mode – or on a Nintendo Switch Lite – by pressing anywhere on the screen to read the text. The choices you can make will be validated by pressing the A button, or by touching the corresponding choice on the screen. If you want to review the last set of lines of text you’ve read, you can do so by pressing the – button, or by touching the icon on the upper left corner of the screen.

You will also unlock Lexicon entries as you progress through the game’s chapters. The Lexicon will allow players who might not be too familiar with some of the terms used in Across the Groove, or of the musical acts mentioned in the story- Johnny Cash, Belle & Sebastian, Kurt Cobain, or Robert Johnson, to name some examples – can learn a bit more about them. You can also learn more about some of the songs and albums that are part of music history, so that you can give them a listen. 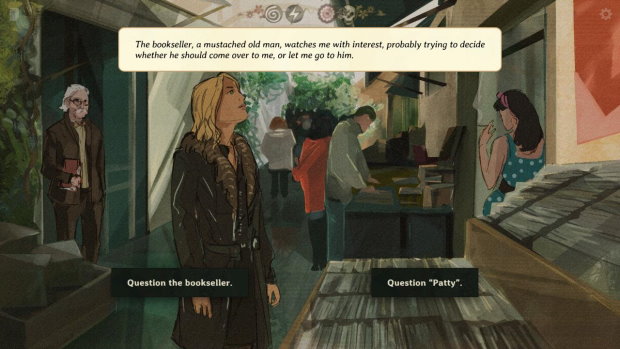 The Lexicon will grow at a steady pace, and every time a new entry is added, you will hear a chime and notice the icon on the upper left corner of the screen changes its color. Press the L button and check the Lexicon section, and new entries will be highlighted, so that you can easily find them. This is important because all entries will be sorted alphabetically instead of in the order that they are added to this section. In the end, going with an alphabetical order was the right call, since it makes it easier to revisit each entry later on.


Across the Groove features an in-game achievement system, which will require you to replay the game several times, so that you can make all the choices needed to open up new story paths that will lead you towards specific interactions and endings. The names of the achievements are also tied to the game’s overall musical theme, with names such as Swinging London, Life on Mars?, Pop Art, Bohemian Life, Paint it Black, or Kool Thing, to name some examples. Do you have what it takes to unlock all of the? 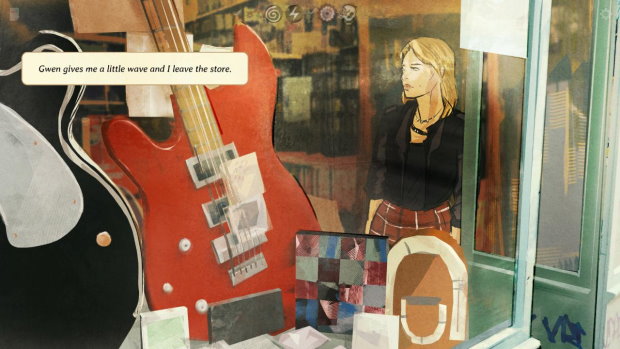 Across the Groove is an excellent adventure game that is a must-play on Nintendo Switch. It offers a great story, likeable characters, interesting plot twists, and several story paths to take, which greatly increases replay value. The game’s music is also a highlight, and something that both visual fan genres and those new to it will appreciate. Across the Groove is out now on Nintendo Switch for $16.99.

Disclaimer
This Across the Grooves review is based on a Nintendo Switch copy provided by Nova-box.