SteamWorld Dig And SteamWorld Heist Are Ready To Go! | PS4Blog.net


That’s right! After the excellent response to their release of SteamWorld Quest, Super Rare Games and Image and Form got to work on not one but two SteamWorld games for a Nintendo Switch physical release!

There’s also the option of getting the excellent SteamWorld Heist on a physical Nintendo Switch copy by clicking right here.

Take the role of Rusty, a lone mining steambot, as he arrives at an old mining town in great need. Dig your way through the old earth, gaining riches while uncovering the ancient threat that lurks below…

⛏️ Beloved indie hit, available in physical form on the Nintendo Switch for the first time (including SteamWorld Dig 2 as a bonus!)

⛏️ A rich world of steam-driven robots, inspired by Steampunk and Western themes


A few centuries after SteamWorld Dig 2, it’s up to a hearty steambot crew to board, loot and shoot their way through enemy spaceships. With you as their captain, take on the challenges of the vast frontier by upgrading your recruits with unique abilities, weapons — and even stylish hats!

SteamWorld Heist: Ultimate Edition is fully optimized for Nintendo Switch and comes with extra content previously only available as DLC. Including a mysterious ally and a shipload of weapons, upgrades, hats, and missions. Accompanied by a catchy soundtrack by Steam Powered Giraffe, you’re in for an out-of-this-world adventure.

⛏️ Available physically on the Nintendo Switch for the first time

⛏️ Strategy focused on skill rather than chance 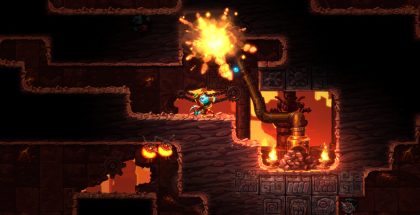 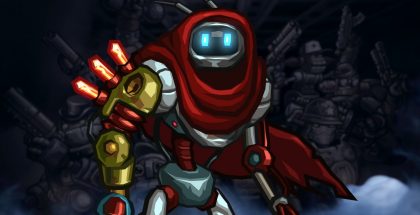 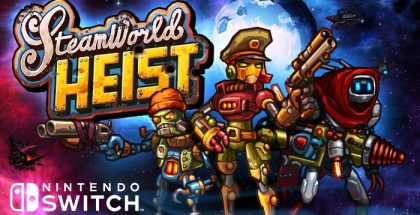