I had fun playing colorful tactical soccer RPG Ganbare! Super Strikers, so I got in touch with indie dev rese to talk a bit about the game. Come check it out!

Hi! I am rese, a Spanish solo indie developer based in Melbourne, Australia. I have been working in the industry for 10+ years but, Ganbare! Super Strikers is my first solo work. It was born from my love for Captain Tsubasa (a very popular soccer manga and anime) and tactical RPGs like Final Fantasy Tactics, as well as other influences such as Inazuma Eleven and Blitzball. 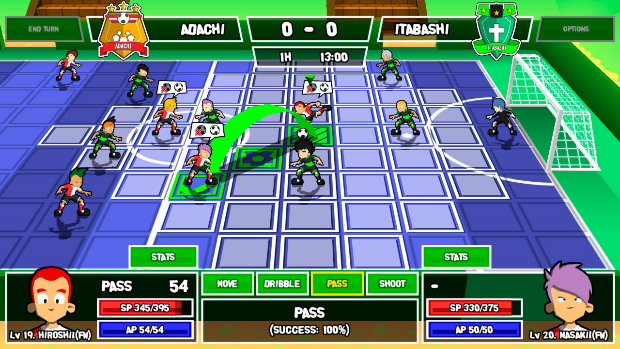 PS4B: Ganbare! Super Strikers was released earlier in the year on PS4, PlayStation Vita and Nintendo Switch. How would you describe the game to someone who’s never heard about it?

Ganbare! Super Strikers is a mix between Tactical RPG and soccer. You have to win matches to level up and earn new equipment that will allow you to learn special abilities, boost your players’ stats, or protect yourself against altered status effects, such as Sleep, Silence, or Poison. The game features a Story Mode, where you assume the role of a small-town soccer team in Japan on their way to victory. Perform well, and you will be selected to join the Japan National Team, where you will need to play alongside old rivals in order to conquer the world. There are loads of different characters, each with their own strengths and special abilities. 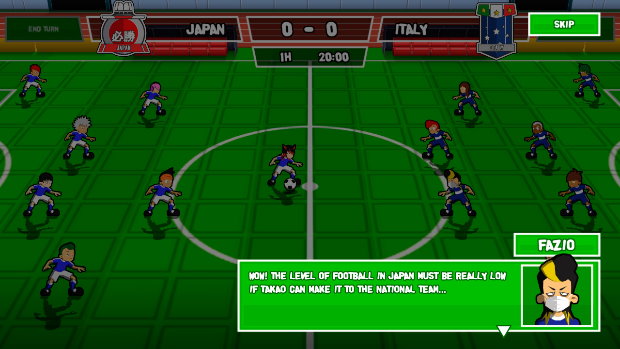 I started working on the game around 2014, although the first time the idea popped in my head was probably around 2009 when I implemented a small prototype that didn’t get very far. The game was released in 2018 on Steam and itch.io, although I kept working on it to implement feedback and fix bugs, as well as to prepare the console versions that were released in early 2020. The biggest challenge during development was having to work on my own in my spare time. I am a programmer by trade, so taking care of things like graphics or game design was tough. Trying to find the time and motivation to put hours into the project after work was also a challenge! 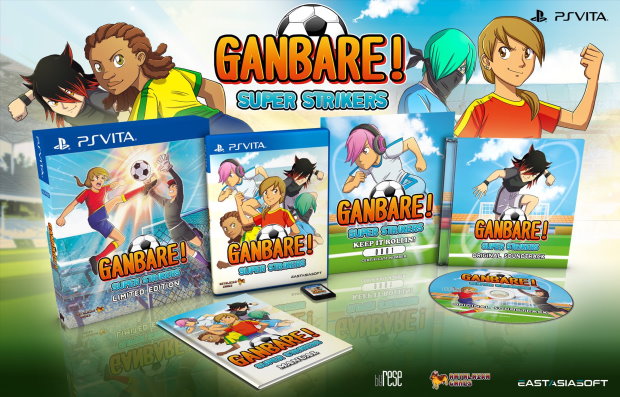 PS4B: There’s now a very limited physical edition of Ganbare! Super Strikers on PlayStation Vita from Ratalaika Games and eastasiasoft, available exclusively on Play Asia. What can you tell us about this physical release?

I don’t know much about the physical edition myself as eastasiasoft has been taking care of most of it, but you can expect their usual high standards of quality for physical limited editions. From a personal point of view, this physical release marks a very important milestone as a solo developer. One of my goals, when I started the project, was to publish the game on PlayStation Vita (which still had a lot of support back then), but that changed as the support for the portable console continued to drop. It wasn’t until Ratalaika Games suggested releasing the game on PlayStation Vita that it ended up happening. 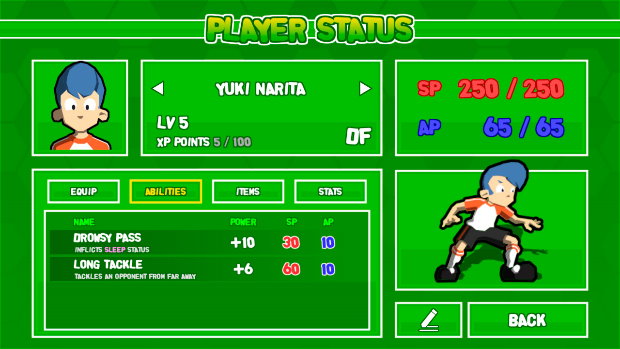 PS4B: Are you currently working on any new projects that might make their way to consoles?

I am currently working on a Survival Horror game, but it’s still early in development, so I can’t say much more. I would like to release on consoles, but it’s still too early to say whether that will happen or not. 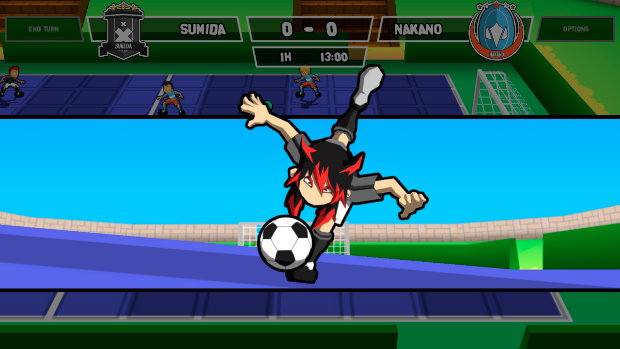 Thank you for taking the time to learn a bit more about Ganbare! Super Strikers and thanks to everyone that has supported the game in the last couple of years.

Robozarro Out On PS4 And Nintendo Switch

Captain Tsubasa: Rise of New Champions Out Next Month