It always sucks when a game with so much potential is held back by problems that one would assume could be fixed with some extra time in QA, while also requiring some extra quality of life (QOL) improvements. Tower of Time from Event Horizon and Digerati, which was originally released on PC in 2017, was recommended to me back then, so when I saw it was coming to PlayStation 4, I was more than ready to dive in and review it! Well, it turns out that this port is far from the best version of the game, as bugs struck every step of the way.

Tower of Time is an action RPG not too dissimilar to games such as Diablo III, Divinity, and other action RPG dungeon crawlers. The story starts with a good enough level of intrigue, although it is a bit confusing. You play as “You,” a boy who came across the titular Tower of Time at one time in his youth, only to lose sight of it. After a long absence, the tower returns, and along with your party of loyal fighters at your side, you venture into the tower, in the hope of unlocking its mysteries. 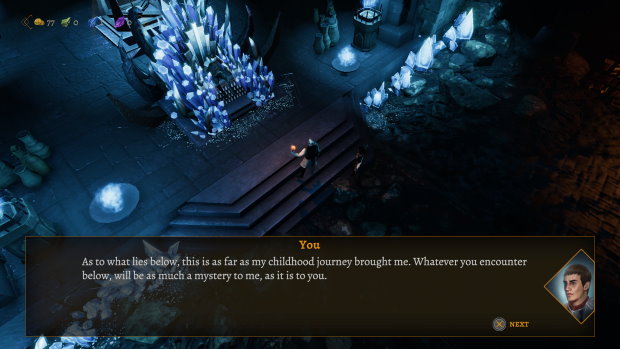 This is where, in my opinion, the story gets a little confusing. “You,” for the most part, are merely an avatar sat on a throne, overseeing the actions from afar whilst your party members do the actual leg work. You will, instead, spend most of your time controlling Kane and six potential party members as you navigate your way through the levels of the tower. You can have up to four party members in any expedition, and there is certainly a nice variety to make each character feel different, giving you plenty of options for customizing your experience.


I previously compared Tower of Time to Diablo III. While there are parallels to be drawn with the always popular Diablo franchise, I do feel that Tower of Time does excel over other games in the action RPG genre thanks to its combat. Combat in Tower of Time can be best described as a hybrid between the Trials of The Cold Steel series and a real-time strategy game. Combat is fast-paced and unrelenting as enemies will continue to pour in at you from everywhere, leaving you without much time to think, let alone act. It is possible to “slow down” the action while you try to make your move, but sometimes finicky controls can get in the way of what is an interesting system.

I mentioned QOL earlier in this review, and that is what I believe the game is missing in the controls department. You control your team by way of two choice wheels. You hold down the L2 button and use the right analog stick to choose the character you want to issue a command to before holding down the R2 button and then using the right analog stick to choose which of their four abilities you wish to use. While this method is arguably quicker than a dropdown menu, it is, however, way more open to unintended inputs. 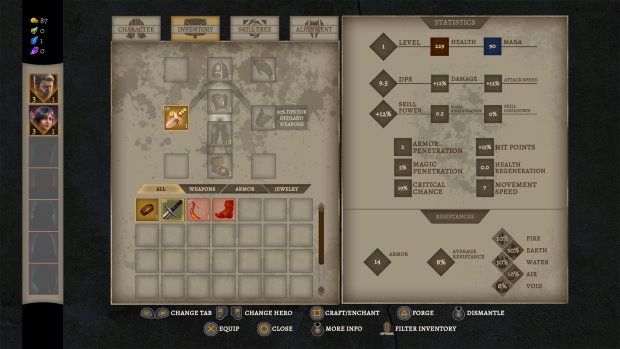 Another issue with the control happens when moving your party members. Upon choosing your character, you can move your cursor to your desired location before pressing the R1 button to confirm your movement. This method, although quite unorthodox, does work. When it doesn’t work is when you choose an ability for that same character to perform, because the character will use their attack and then come to a complete stop, forgetting they did not make it entirely to where you wanted them to go.

It is clear that Tower of Time is a port of a PC game, and the developers tried their best to make combat exhilarating enough to keep the player engaged, but the control could have been simplified. With only four players and four abilities, the shoulder buttons could have been used to select party members, and the face buttons could have been used for abilities, with the analog sticks focusing on movement and targeting. This method would have made use of the many buttons left unused and cut the chance of making mistakes. As mentioned already, this game is unrelenting in its combat. Even on normal difficulty, the enemies still provide quite the challenge, and if your party makes a mistake at any point, your team will be destroyed.


The poor control scheme is not limited to combat either since it also extends to having the choice wheel as a requirement when entering the menu. You need to hold the L1 button to bring up the wheel, use the right analog stick to choose one of three things, and hold the right analog stick in position BEFORE you release the L1 button. Fail to do any of these things correctly, and you have to start again. This method is not the worst in the world, but it feels unnecessary. 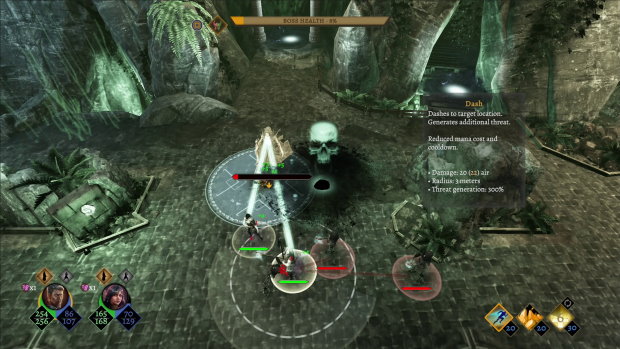 What does get in the way is the game intermittently choosing to stop you from interacting with the world. Anyone familiar with action RPGs, in general, will know that exploration normally boils down to you running up to things and pressing the X button, and Tower of Time is no different. The game has a lot of items within its dungeons, but the game will suddenly sometimes randomly ignore all input from the X button. Exiting back to the city and re-entering dungeons does not fix the problem, nor does exiting to the main menu. The only fix seemed to be closing down the game and booting it up again. This would not be a problem if it only happened once or twice, but it does become an issue when it happens nearly every 15 minutes. Controller input issues are not limited to just the dungeons. I was consistently able to break the equipment menu by holding down a direction button when trying to equip a character, which seemed to freeze my cursor in one spot and then block out any further inputs on that screen until I exited the menu and re-entered again.

Further issues are present in the visual and audio aspects of the game. When everything works as it should, Tower of Time is beautiful. While not on par with AAA releases, the visuals certainly get the job done. The music is passable – when it wasn’t being interrupted with random skips -, but the audio itself has issues. Audio cues played out of sync or out of turn… or not at all. During my time with the game, I came across a collection of books called Days of Old. Upon finding these, they are meant to trigger an animated cutscene that explained what life was like in, well, the days of old. Whilst the visuals were pretty, there was not a single lick of audio to accompany this nearly one-minute long animated interlude. No music, no dialogue, no sound effects, nothing at all.


I assumed it was a minor glitch, so I restarted the system and reloaded my save made just before I picked up the item, and no, it was exactly the same thing, repeating several times after I restarted that scene. I ventured into the settings menu to fiddle around to see if there were any issues since maybe the voice work was set to silent without me realizing, or maybe I had to activate the subtitles. Upon entering the settings menu, I noticed that everything was different to how I had set it when I originally started the game. The difficulty was turned up, subtitles were set to off, and other changes I know I did not make were present. 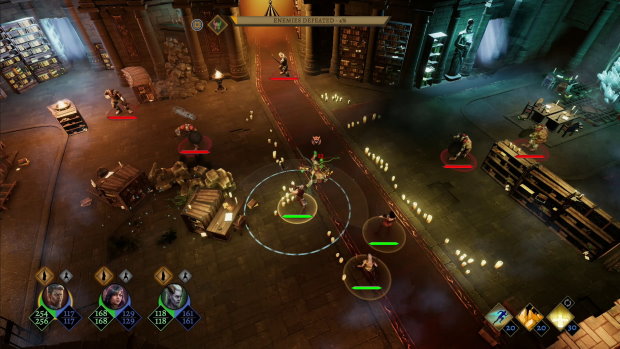 After updating things to how I wanted them to be set off a new issue. Once you enter the settings menu, it is impossible to get out. Make changes, don’t make changes, it makes no difference. Once you enter the settings, it is impossible to leave unless you restart the game. Strangely enough, whilst all of these problems were happening, the final straw for me was when I was trying to fix the audio issues. With the broken difficulty, broken controls, broken menu system and broken settings, the problem that made me decide to quit was heading into the audio settings to figure out how to fix it only to see that everything was set to “0%” including the menu music and ambiance settings, which up until and during that exact moment were blaring merrily at me completely ignoring their “0%” status. It was only by adjusting it that the game realized that the music was meant to be off at “0%,” but of course, all of these changes were moot because I could not exit the settings upon finalizing my changes.

Tower of Time set out to be an interesting action RPG experience that was setting itself apart from other games in the genre, but there were too many bugs to be able to fully enjoy this one. I was highly anticipating taking this one for a spin, but I have to say I’m disappointed. The game has potential, so hopefully the team can patch this one to fix its issues.

Disclaimer
This Tower of Time review is based on a PlayStation 4 copy provided by Digerati.