SpongeBob SquarePants: Battle for Bikini Bottom was initially released back in 2003 for the PlayStation 2 and Nintendo GameCube. It’s now 2020, and we’re getting an improved and revamped take on the game by way of THQ Nordic and Purple Lamp on PlayStation 4, in a package that is fun for kids and adults alike. It’s a 3D platformer of the collect-a-thon variety, which means there are going to be plenty of collectibles for you to find as you explore each area as SpongeBob, Patrick, and Sandy. Your main goal will be to do whatever it takes to thwart the plan of the evil Plankton to rule Bikini Bottom with its robot army. Do you have what it takes to save everyone before it’s too late? 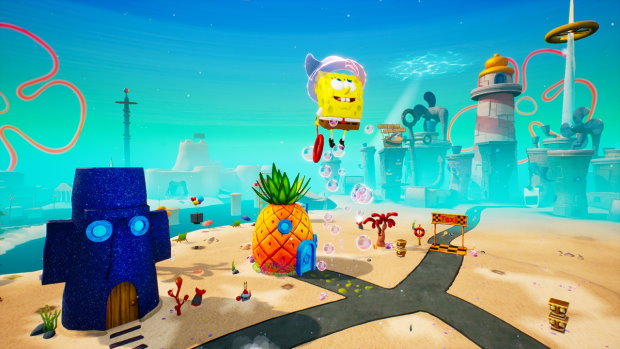 Right from the start, you will notice that the game looks way more colorful and closer to the way everything looks in the SpongeBob SquarePants cartoon when compared to how the game was presented way back on the PlayStation 2. Going from a console from two generations ago to the PlayStation 4 has done wonders for the game’s framerate, lighting, geometry. Basically, everything looks better. Objects that were supposed to be rounder in the original game – such as a beachball – are now actually round on PlayStation 4. The grass is greener now and looks like what we’ve come to expect grass to look like on a 3D platformer based on a beloved cartoon. On top of this, the game also includes content not present in the original console release, including a series of mini-games 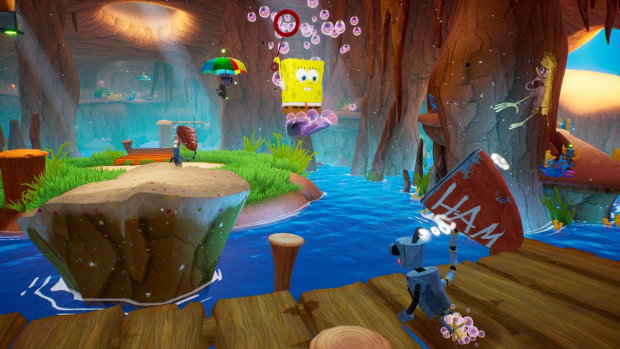 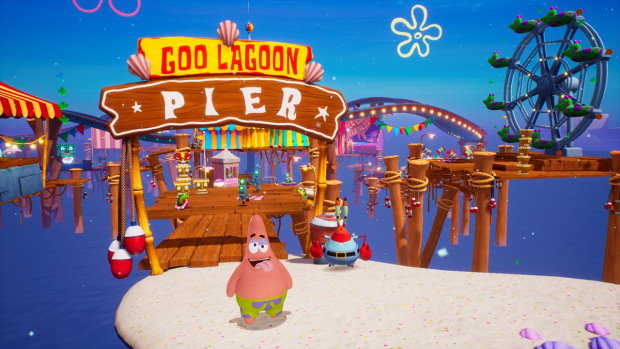 As you run around each area you visit, you will need to keep your eyes peeled for the many shiny objects you will have to collect, since they’re used as the in-game currency for opening doors and gaining access to new spots. You will also need to collect golden spatulas, which one could say are the premium currency since they will be used in a way that is similar to the stars you collect in 3D classic Super Mario 64. The other collectibles are Patrick’s socks, of which there are dozens for you to locate. You can trade Patrick’s socks for more golden spatulas.


Trophy-wise, the game is a full retail release on PlayStation 4, and that usually means there’s a Platinum trophy to aim for! The good news is that there are no missable trophies, so as long as you play the game at your own pace and collect everything in your path, you’ll probably have a new Platinum trophy in 12-15 hours or so. You’ll need to find all of the golden spatulas, all of Patrick’s socks beat hundreds of robots as SpongeBob, Patrick, and Sandy, and beat every single boss in the game. 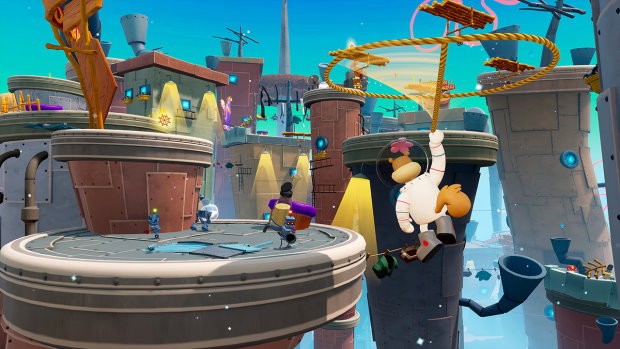 Along with the main colorful adventure, you can also take on a horde mode for one or two players where you will battle wave after wave of enemies. For this one you will control SpongeBob Squarepants, Patrick, and Sandy, just like in the main game, while also getting a chance to control Gary, Squidward, Mr. Krabs, and Plankton. It’s a fun little extra you can take on in short bursts on top of the main platforming adventure.

I had a lot of fun playing the game for my SpongeBob SquarePants: Battle for Bikini Bottom – Rehydrated review, and so did my kids! It’s an excellent remake of a solid 3D collect-a-thon platformer that has been given a new chance to shine 17 years later with a completely revamped look and feel. SpongeBob SquarePants: Battle for Bikini Bottom – Rehydrated is out now on PlayStation 4 for a low $29.99 asking price, and if you’re a fan of the cartoon, of 3D collect-a-thon platformers, or both, then this is a no-brainer, and you better have bought the game by now! 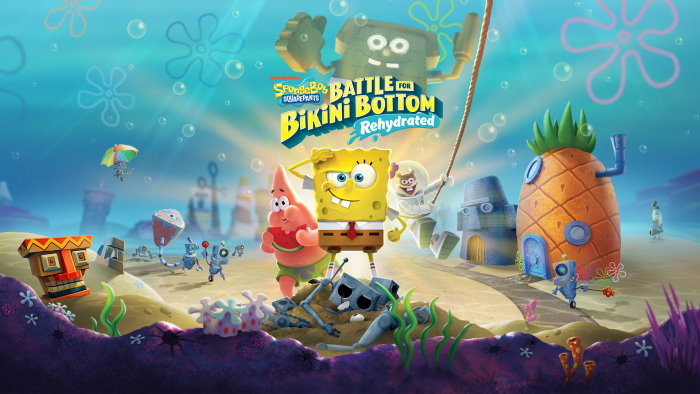 Disclaimer
This SpongeBob SquarePants: Battle for Bikini Bottom – Rehydrated review is based on a PlayStation 4 copy provided by THQ Nordic.