After a successful release two years ago, 11 Bit Studios is back with an expansion to the already great Moonlighter. Find out if the DLC is worth it in our Moonlighter: Between Dimensions review!


I got to review Moonlighter on PlayStation 4 and had a blast playing it since it’s a very addictive combination of two genres that just works. It’s now 2020, and 11 Bit Studios has released a big DLC expansion for the game called Between Dimensions. A huge chunk of this DLC is available as post-game content, which does mean you’ll first need to complete the main adventure before you can dive in. The story takes place a few months after the final events of the main game, and what happens is that a new portal opens up! I won’t spoil the actual story elements, but they do a good job of tying into the new area: the Wanderer Dungeon. 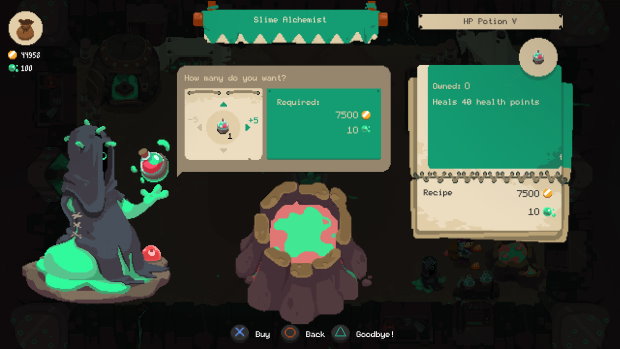 The new dungeon is not for the faint of heart. The first thing to know is that it has way more levels than the regular dungeons in the main game. On top of this, all enemies are way stronger than the previous dungeons, so even if you upgraded your gear with all the Enchantments you could, it will not be an easy adventure. The enemies hit hard, and you don’t. The good news is that there is a whole new set of weapons and armor for you to purchase so that you can survive the difficulty spike of this huge dungeon.

Another interesting feature that was added is that you can access interdimensional portals while in the base dungeons, and that is even if you haven’t completed the game yet! These corrupt dungeon sections will increase the difficulty and feature challenging mid-bosses, but if you do things right, you could be rewarded with a Trick Weapon. These weapons are considerably powerful, but they’re also cursed, so use them at your own risk! They will certainly help you along the way since you won’t always have enough resources to upgrade other weapons, but you should not rely on them so much. 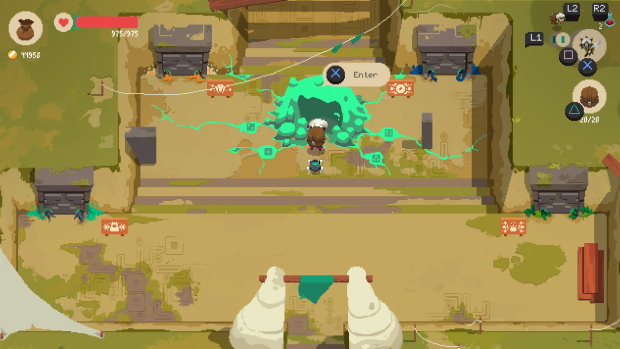 Moonlighter was already a great game, and Between Dimensions is essentially more of the same, which is far from being a bad thing. One thing I enjoyed during my time back with Moonlighter – which came as part of an update to the game earlier this year – is the inclusion of a thief that can now visit your shop. You’ll see him with an icon over his head, and once he steals one of your products or some money, you’ll quickly have to catch him with the L2 button before he leaves. This is not part of the DLC but was still a nice addition to the shopkeeper’s life that’s going to account for half of your time with the game. 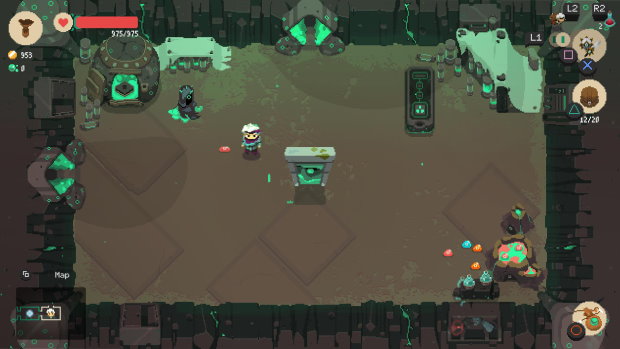 For the main game, I felt there was a steep difficulty curve as you progressed through the story, for which you had to always upgrade your weapons and armor to be able to survive each dungeon’s boss. The DLC dungeon feels even more brutal than the others, and that, along with the extra floor count, makes this a good option as new DLC since it’s available for only $6.99. The DLC also adds ten new trophies, with seven Bronze and three Silver to aim for. Most of the trophies will unlock as you progress through the new dungeon, with maybe one or two requiring a bit of extra grinding. 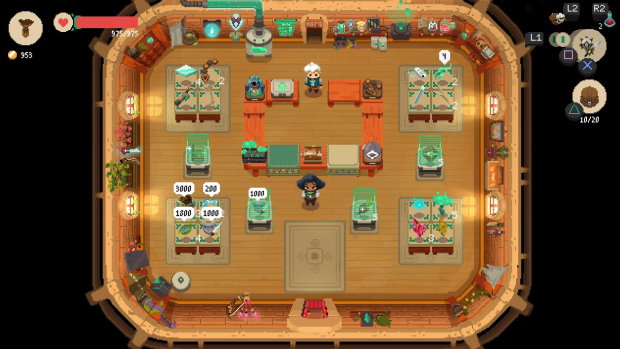 If you enjoyed Moonlighter and were looking for a reason to go back for more, then thee Between Dimensions DLC is definitely worth a purchase. It’s more of the same, but with a few added twists that add something new to an already great game, all while bumping up the difficulty to challenge even the most seasoned of gamers. 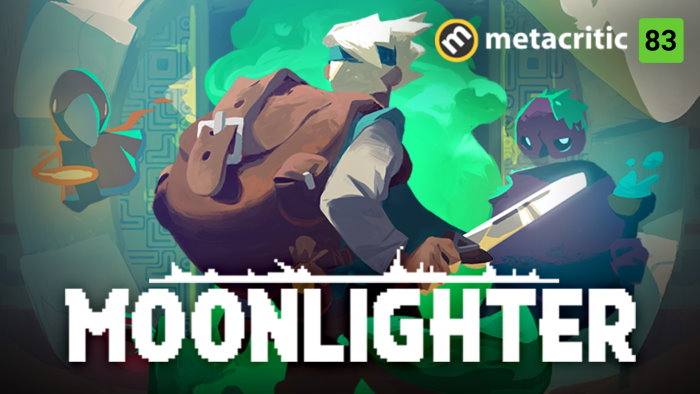 Disclaimer
This Moonlighter: Between Dimensions review is based on a PlayStation 4 copy provided by 11 Bit Studios.
11 Bit StudiosMoonlighter
0 comment
0
FacebookTwitterEmail