void tRrLM(); – which I’ll call refer to from now by its other name, aka Void Terrarium – is a new game from NIS America that was made by the same developer who gave us the excellent htoL#NiQ: The Firefly Diary and the also excellent A Rose in the Twilight. All three titles feature a similar art style, which certainly gives them a great look. This world is a very dangerous place, what with the poisonous fungi that have grown everywhere. So when the maintenance robot you control ends up finding a girl who has been infected, it decided to do whatever it can to keep the girl alive and help her heal. To keep her alive, you’ll have to team-up with an entity known as factoryAI, in order to build the girl a safe habitat in a terrarium, hence the game’s name! In another time, factoryAI used to be the central control unit for all of the underground colonies. Unfortunately, it seems that this artificial intelligence is actually responsible for the end of mankind!

Void Terrarium features two different gameplay sections to take on. For the 2D segments, you’ll move with the left analog stick or the D-Pad, dashing with the Circle button, jumping with the Square button, and interacting with the X button. When inside of the dungeon-crawling sections, there will be no jumping, so the Square button will be used for facing in the direction of the nearest hostile entity, while the X button will be for attacking. The Circle button will still be used for dashing so that you can speed up Robbie the robot’s step. 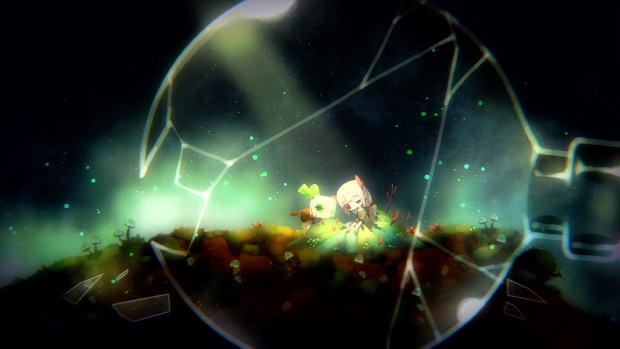 When in a dungeon, you’ll be taking on battles in a turn-based scenario, so enemies won’t move, attack, or use their abilities, unless you’re also moving. This will come on handy when you’re facing ho against multiple enemies, and need to decide who to attack first. Always pay attention to the minimap, since enemies will show up as red dots in each area. You can also make good use of the tunnels that connect each room in a dungeon so that you can leas enemies back there, thus only facing one of them at a time, so that you’re not flanked and attacked on multiple fronts at the same time.

You could also decide to stand still by pressing the Circle and X buttons at the same time. What this will do is keep the robot in its current location while allowing a turn to pass, which will make all enemies in the area take their turn as well. This is useful if, for example, an enemy is two spaces away, and you want to lure it in without entering its attack range. It can also help for when there’s an enemy that is still asleep, and you don’t want to wake him up just yet. You can also move diagonally by pressing and holding down the R1 button.


While exploring each floor of a dungeon, you will find many different items that can aid you on your journey. Your robot character will start each dungeon at level 1, so you’ll need to pay attention to its hit points so that you can use repair items as needed. You will also collect attack items, such as grenades, you can throw at enemies from a safe distance so that you can deal some extra damage to make them go “boom.” Robbie also has an Energy gauge you need to keep as full as possible because if it runs out of energy, it will quickly be defeated. 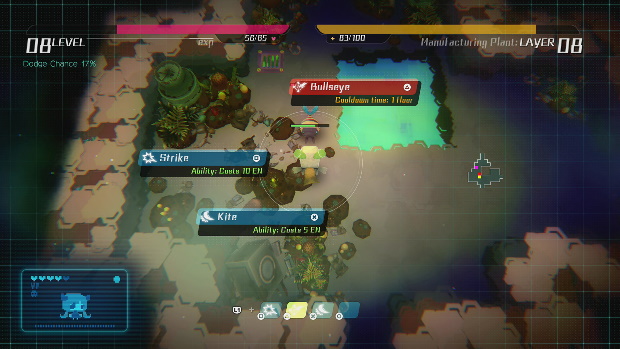 By beating enemies, you will gain experience points, which will allow you to level up your character within that particular dungeon. When you level up, you will get to select passive skills that will provide some much-needed stat and ability boosts to your character. You might want to increase its attack power so that it can deal more damage to opponents, or you might want to instead select a boost to its defense so that it can receive less damage from enemies’ attacks. You will also gain access to skills that can be mapped to the Square, Circle, Triangle, and X buttons when combined with the L1 button. Skills are more powerful than your regular attacks, which is why they will have a cooldown attached so that you can’t abuse them. Special skills will use up some of your energy, so you should always decide if it’s worth using them when you find yourself in a tight spot. In order for you to tailor your experience, you can find and make good use of the skill removal option that will, well, remove a skill so that it’s not part of the ones that pop up when you level up.

If you find a trash pile, you should definitely search within it, since you might be able to find some organic residue. This is important because if you’re lucky, you might find something edible for the girl to eat! At the end of a dungeon, you should make sure that you deposit all the food you’ve collected into your vault so that it can be stored for safekeeping. Any food that remains in your inventory will be transformed into resources. Food in your vault will expire if you don’t use it right away, so be careful! You need to be careful when you search for food because, due to the whole toxic fungi scenario, you will usually run into contaminated food. Contaminated food is indeed food, and you can certainly feed it to Toriko, but it might end up doing more harm than good! 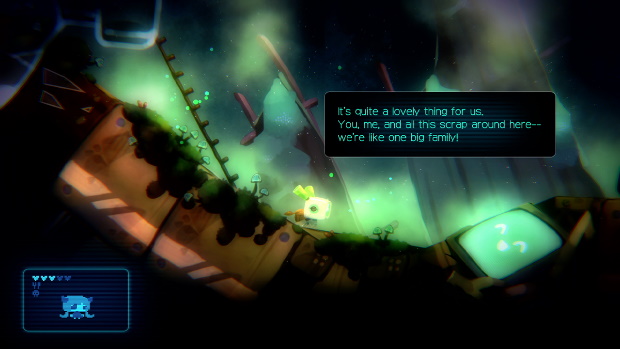 Exploring each of the different dungeons, you’ll visit will allow you to find a variety of resources you can use for crafting things. To do this, you will also need to have a blueprint you can use as a guide. Your first blueprint will be provided by factoryAI since you need to create a medicine to heal Toriko. You will find many other blueprints in the game, and each one will allow you to create a new item. Along with the regular resources you find, some blueprints will require that you locate special resources that are not as plentiful. Some of the items you craft from the blueprints that you find will reward to with a crafting bonus. These are very important because any crafting bonus that you obtain will unlock a permanent improvement! Permanent improvements are a must since they will set you on a path towards constant, permanent boosts that will make a huge difference. Take, for example, your inventory size. At first, you will have only five slots for your adventure in dungeon-crawling, but after you craft one item in particular, you will gain a permanent boost for two extra inventory slots, which will make subsequent runs easier to manage.


Every now and then, you might end up finding a Monster House in a dungeon. Every Monster House you find will be packed with enemies for you to defeat, making them very dangerous for you to take on without some healing items and extra batteries in your inventory. The good news is that each Monster House will also be packed with items for you to collect… that is, if you can manage to survive the onslaught! You will probably also level up once or twice during the process, so I suggest that you pick up something to boost up your hit points or your defense, if it’s an option that pops up as your bonus. 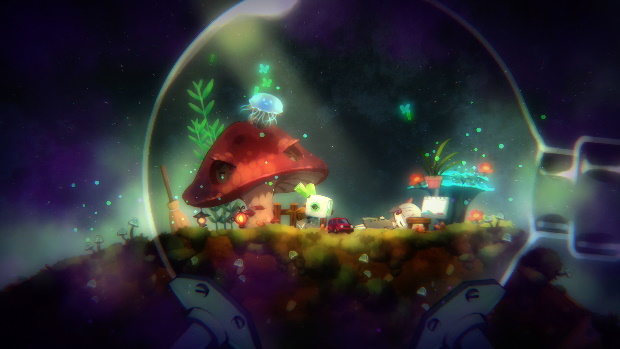 Since Void Terrarium is a full retail release, that means you can expect the game to have a full trophy list with a Platinum trophy for you to unlock. There are several missable trophies for this roguelite/sim, so you’ll need to collect dozens of skills, obtain all unique food and feed it to Toriko, defeat every single enemy at least once, obtain all blueprints and all items, and more. It’s a robust list that will keep you busy for dozens of hours, so expect to be playing this one for at least 25-30 hours before you can get a new Platinum trophy for your collection! 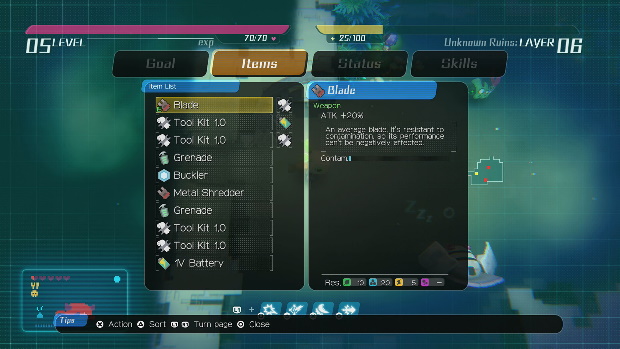 Void Terrarium is a fun roguelite dungeon crawler with a dash of sim life, as you take care of Toriko, who, well, sort of behaves like a life-size Tamagotchi. The game does have a steep difficulty curve that will make it harder for those new to the genre to dive in since you won’t be able to complete the first handful of dungeons during your first try, but if you give this one a chance, you will get to enjoy a fun game with a great art style. Void Terrarium is out now on PlayStation 4 for a low $24.99 asking price, making this an easy one to recommend.

Disclaimer
This Void Terrarium review is based on a PlayStation 4 copy provided by NIS America.

Othercide Out Today On PS4