Ultracore from ININ Games is a hardcore run ‘n gun 16-bit game that has now been revived for PlayStation 4. Learn more about it in our Ultracore review!


Ultracore is a game that was originally set for a release way back in the day on the Sega Genesis – known as the Sega Megadrive in other regions of the world. The game was originally known as Hardcore and was developed by Digital Illusions – aka DICE. The game was, unfortunately, canceled by Psygnosis, who was set to publish it in 1994. Back in 2019, Strictly Limited Games managed to resurrect the project as part of the Mega Sg from Analogue. Strictly Limited Games later worked on releasing the game on physical Nintendo Switch cartridges, and PlayStation 4 discs, and ININ Games has now released the game digitally on PlayStation 4. 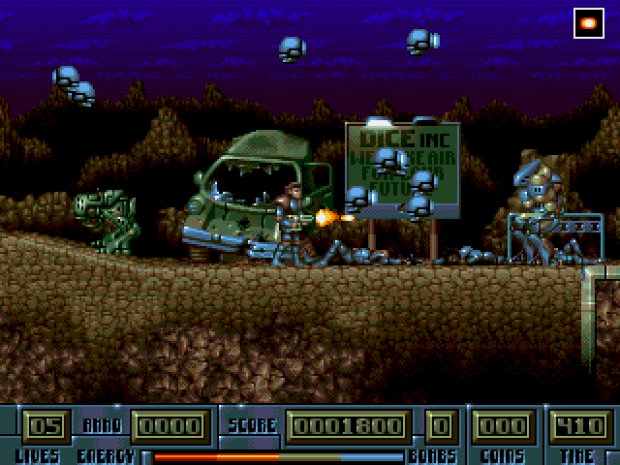 Ultracore on PlayStation 4 is as old-school as it gets, with a presentation that will certainly remind you of the end of the 16-bit era on Sega’s console. As for configuring your experience with Ultracore before you start your adventure over the five stages the game has to offer, your only option will be to change the music between the FM soundtrack or a CD soundtrack, which is how the game would have sounded if it had released back in the day on a SEGA Genesis cartridge or a SEGA CD disc, for that extra musical blast.

You will move your character with the left analog stick or the D-Pad, jumping with the X, L1, or R1 buttons, and shooting with the Square or R2 buttons. You can aim and shoot all around you, and when you press and hold down any of the attack buttons, you can continue firing in that direction as you walk in another direction. You can also take advantage of this PlayStation 4 revamped port by using the right analog stick to aim and fire, giving the game some good old twin-stick action. The L2 button will be set for a very powerful smartbomb that will make everything around you go boom. The coins you collect can be used to purchase things from vending machines to help you complete your mission. You can purchase energy to recover some of your lost health, an extra smartbomb for your arsenal, or an ammo clip. 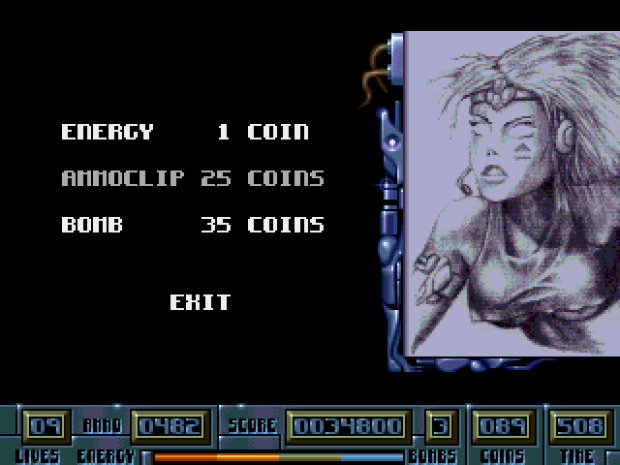 While exploring each level, you should always stay on high alert due to the high number of enemies that will always be coming for you. To make things a bit easier, you should be searching for gun cases. Gun cases will allow you to change your current weapon with more powerful stuff, such as a powerful machine gun or a deadly laser gun that will fire semiautomatic fusion generated pulse lasers. You can also collect power-ups that will upgrade your current weapon so that it can deal additional damage, which is great for when you find one of the game’s many bosses.

Speaking of the bosses, while you should certainly avoid their attacks so that you can stay alive and fight the good fight if you end up dying during a boss battle, the good news is that you will quickly respawn right where you left off, and all damage you had already dealt to the boss will remain. Thanks to this, as long as you pay attention and have at least a couple of extra lives, you shouldn’t have any issues in beating each of the bosses. Each boss will have a display that shows you how much health they have left, so you’ll know how soon you’ll be able to defeat it. 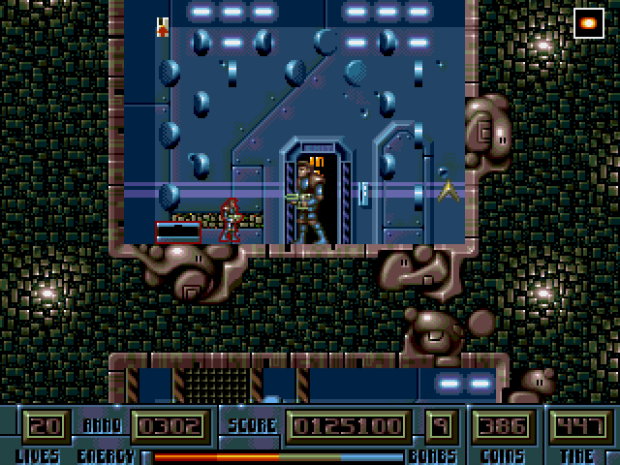 Ultracore has a very generous checkpoint system, so when you run out of health – which will often happen during your first run with the game as you get the hang of things and find out which jumps will lead you down on top of an electric field that drains all of your health in one go – you will explode, only to respawn close to where you lost a life. Just be sure to search high and low, so that you can add to your overall life count so that you can have a shot at completing all of the stages in Ultracore. 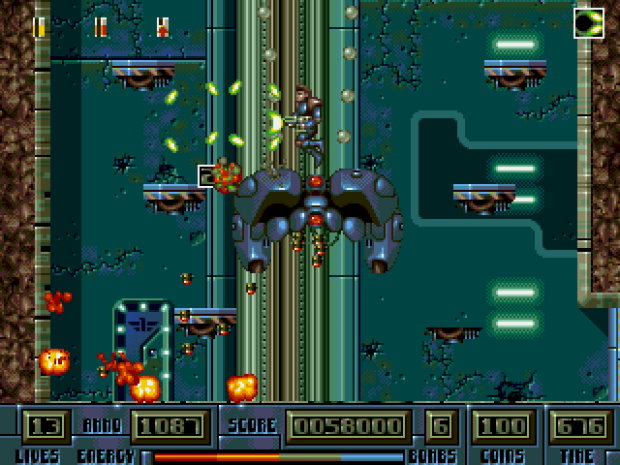 Five levels for Ultracore might not seem like a lot, but each one is going to be considerably bigger than what you’d expect from a 2D run ‘n gun action game from the 1990s SEGA Genesis and Super Nintendo Entertainment System era. Between the old-school look and feel of the game, the minimalist gameplay mechanics, and the solid FM soundtrack, I was definitely transported back to the Sega Genesis era, in a good way. Ultracore is out now on PlayStation 4 with a $22.99 asking price.

Disclaimer
This Ultracore review is based on a PlayStation 4 copy provided by ININ Games.