Robozarro from eastasiasoft and Frozen Flame Interactive is a 2D physics-based action platformer on PlayStation 4. Learn more about it in our Robozarro review!


In Robozarro from eastasiasoft and Frozen Flame Interactive, you will take control of O-Ramatron, who will be joined by BO-3, a companion flying robot that will always be floating near the main robot. After picking up the “supplies” that robot Grams ordered at Fix and Chips, you are questioned by the Chief on your way back home. Your cover seems to be that you are sewer cleaning robots and that the “supplies” are for completing that goal. So off you go into the sewers for what appears to be part 2 of your plan! 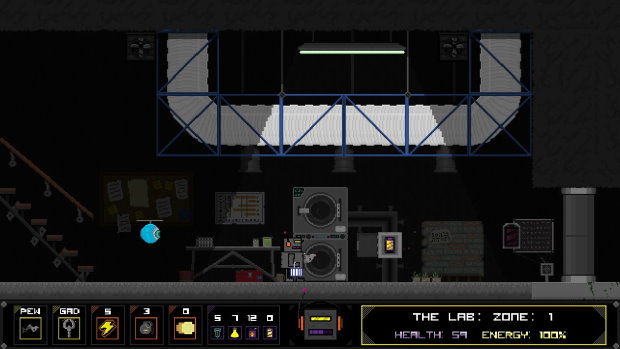 Your robot will move with the left analog stick, and it can jump and double jump with the X button, as well as interact with the Triangle button, which is also used for reading the text windows for dialogue. If you want to use a mighty grenade, you can launch it with the Circle button. You can change weapons by pressing left and right on the D-Pad, aiming with the right analog stick and attacking with the R1 button. There’s also the option of opening the weapon wheel by pressing the L2 button so that you can use the right analog stick and the X button to select your weapon.


Your attack can be charged by using the R2 button, which will unleash a more powerful blast, as long as you have any charges in your inventory. After you beat the first stage, you will find a Mega Charge item that can be combined with your weapons so that you can use your robot energy to power up – and change the behavior – of your shots. If you press up on the D-Pad, you’ll be able to activate a flashlight to brighten up your path. Your gadgets will be mapped to the Square button. You’ll soon collect a robo claw that can be shot upwards to then carry up your robot – just be careful of using it to attack to spikes on the ceiling or else they’ll end up falling on top of you as your claw comes loose! 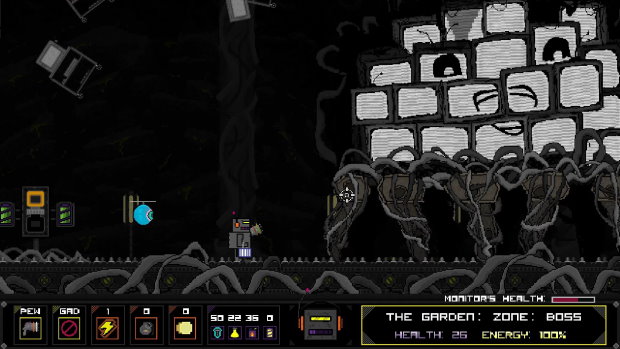 As soon as you enter the sewers, you will start to run into monitors that will serve as the game’s tutorial. Each new monitor that you find will give you a new piece of information that will help you understand how the different weapons, gadgets, and tools you find can help you. You could, for example, learn that your Grab ‘N Blast can be used to grab a sawblade so that you can launch it at the wires that are holding up a platform so that it can cut the wires and release the platform that is blocking your path.


As you explore each area, you will need to be aware of the different enemies you’ll run into. There will be stationary robo turrets – that you should defeat by first shooting the bar that holds them in place to then shoot at the turret itself -, large contraptions that will spawn a ton of fast-paced robo spiders that can do a lot of damage if you don’t deal with them right away, the always classic pointy spikes, robots that built many of the aforementioned robo turrets, mini bots that will rush to attack you, gun turrets, and more. There will also be bosses to battle. It’s during these fights that you will need to learn about each boss’ movement and attack patterns so that you can then decide what the best strategy will be for dealing enough damage to destroy it. Just pay attention to their overall health bar and slowly but surely make a dent on it so that you can eventually see it go boom! 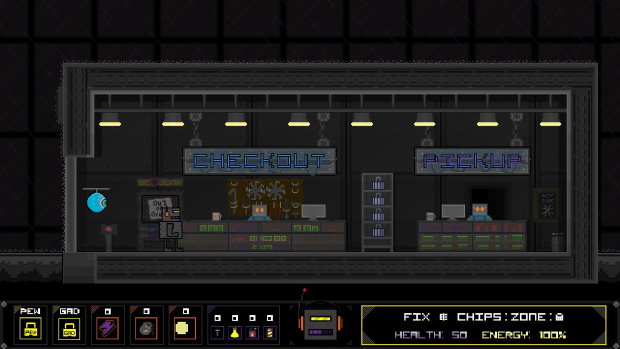 The bolts, chemicals, and other resources you find during your mission can be used at the We Heart Junk vending machines to purchase additional items to aid you. These include stuff such as a repair kit to help you recover some of your lost health, a boost to your charge shot, a rapid shot, or extra grenades for your arsenal. I suggest that you always buy extra health since being able to take extra damage is always the best way to stay alive. And once you do die, you will quickly respawn at the last checkpoint you reached.


This game from publisher eastasiasoft features a full trophy list with a Platinum trophy for your collection. Many of the trophies will unlock as you progress through the game, but there is one of them will need that you pay attention to their requirements so that you can unlock them as soon as possible. Said trophy is tied to using the Grab N’ Blast tool as much as possible so that you can grab and throw enemies and/or items. It’s not a particularly hard trophy to complete, and once you’ve done this with 20 different enemies and/or items, you’ll be set. 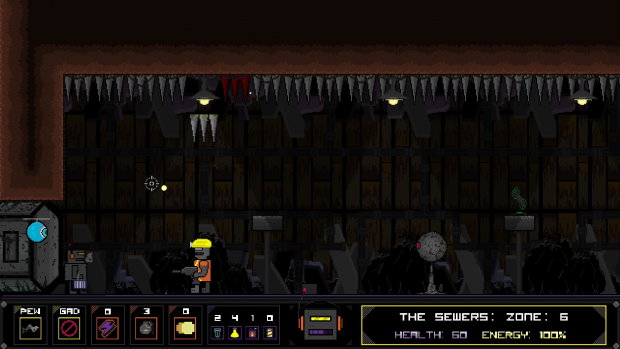 Robozarro is a fun 2D indie physics-based action platformer on PlayStation 4. The game has easy to understand gameplay mechanics, a nice set of weapons and tools that you will add to your collection at a steady pace, and a good challenge that will have you learning from your mistakes along the way. The game will take you around 4-5 hours to complete for the first time, and once you do, you will unlock Time Trials Mode, which will have you rushing through each section as you find the fastest route possible. Robozarro is out on PlayStation 4 for a low $6.99 asking price.

Disclaimer
This Robozarro review is based on a PlayStation 4 copy provided by eastasiasoft.