Rainswept from 2Awesome Studios and Frostwood Interactive is a murder mystery adventure game on PS4. Learn more in our Rainswept review!


In Rainswept from 2Awesome Studios and Frostwood Interactive, you will work on helping Detective Stone, and local cop Amy Blunt uncover the truth behind the deaths of a local couple. It’s October 7, 1996, and Chris Green and Diane Miller have been found dead. They were a couple and lived together but were not married. The people in Pinewood believe it’s a simple case of murder-suicide, due to the rumors surrounding the couple’s turbulent relationship. The local police officers are way over their heads since it’s the first murder they’ve had in decades, not to mention they’re severely understaffed. 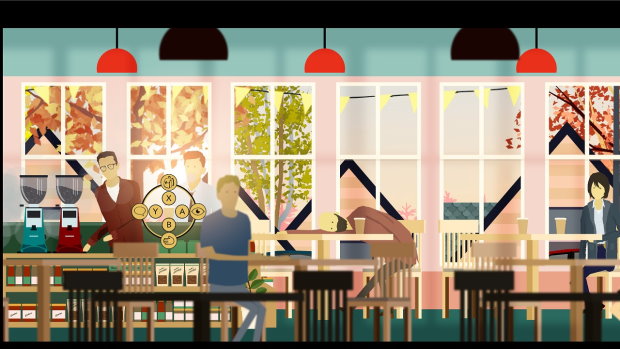 For Rainswept, you will move around with the left analog stick, running by pressing down the R2 button. You can interact with things with the X button, and once you do so, you can pick up items or use things – such as a door handle – by once again pressing the X button, or you can analyze them by pressing the Circle button. If you press the Triangle button, you’ll toggle all of the hotspots on the screen that you can interact with, and you can cycle between them with the L1 and R1 buttons. You can also talk to people with the Square button. The D-Pad can be used for checking your tasks, reviewing the map, or checking out your journal by pressing left, up, or right, respectively. Oh, and you can smoke by pressing the Touchpad on the DualShock 4. 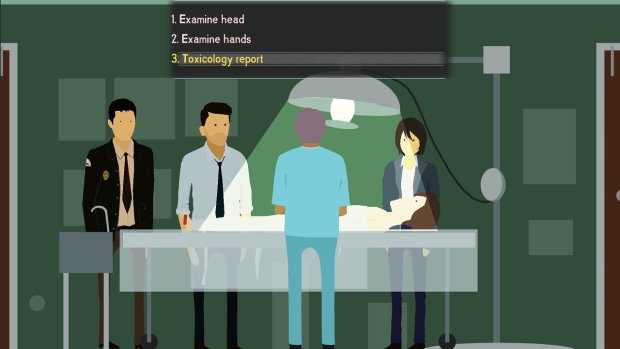 As you progress through the game, you’ll start to realize that Detective Michael Stone has some issues of his own to deal with. As is to be expected of a murder mystery video game with an M for Mature rating, the detective has a dark past to deal with. You will see this side of him two times during the first chapter of the game. The first time, he ends up crashing the car he’s driving after he hallucinates about his dead wife showing up in the middle of the road. The second time is after a long day of searching for clues – for what the local police are pretty much trying to treat as an open-and-shut case – he goes to bed to try and relax. It is then that he’s haunted by the ghost of Abigail – that would be his dead wife. 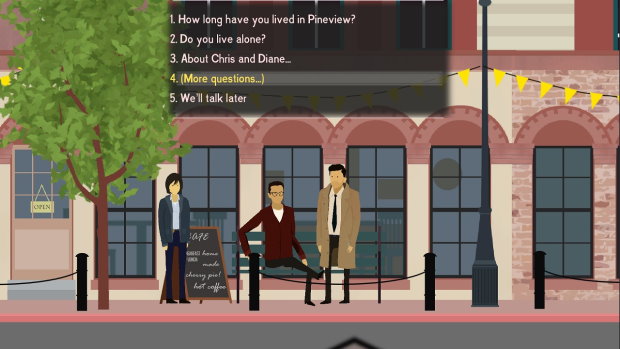 Rainswept has a full trophy list with a Platinum trophy. It’s a short list with eleven Gold trophies and a pair of Silver trophies to unlock on your path towards the Platinum trophy. You’ll get a Gold trophy right after you start the game once you arrive in town, and there are a handful of trophies for progressing through the game. For the rest, you’ll need to check everything you can interact with and talk with all the people you meet, so that you can make sure you’re interacting as much as possible to, say, talk with all people in the first chapter of the game. 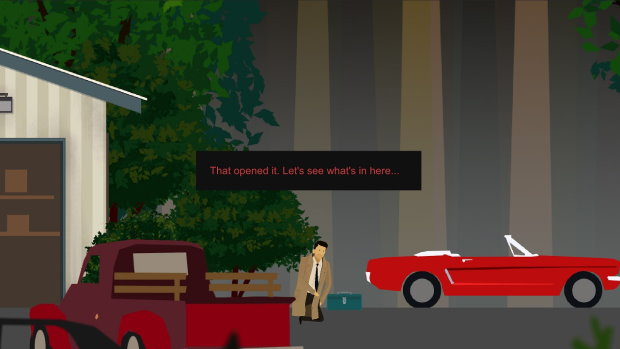 Rainswept is a compact adventure game with a minimalist art style that deals with some rather heavy topics, all wrapped in a package that will share more elements with visual novels than with the old-school adventure games you might have grown up playing. Rainswept is out now on PlayStation 4 with a $9.99 asking price.

Disclaimer
This Rainswept review is based on a PlayStation 4 copy provided by 2Awesome Studios.

RPG Maker MV Out This September