Lightwood Games is back on PlayStation 4 with more colorful and fun nonograms puzzles. Check out our Pic-a-Pix Pieces 2 review!


Lightwood Games released Pic-a-Pix Pieces on PlayStation 4 and PlayStation Vita in early 2019, and now the studio is back with the aptly named sequel Pic-a-Pix Pieces 2. For those of you new to this type of puzzle game, it uses the nonograms formula of logic-based puzzles by which each row or column has a set of numbers, with each number representing how many blocks need to be filled in on the playing grid. For Pix-a-Pix Pieces 2, this also includes adding blocks of different colors into the mix. 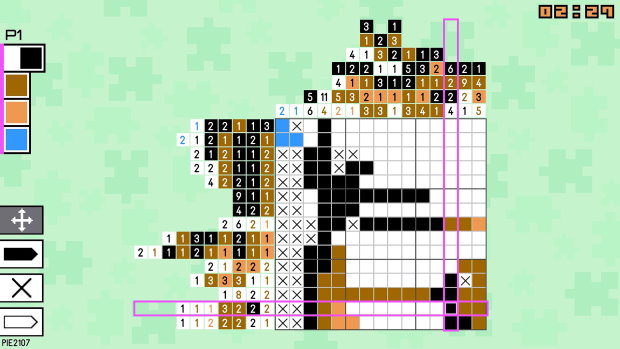 For Pic-a-Pix Pieces 2, you’ll be taking on completing 20 full images, which are composed of more than 400 puzzle grids to take on, which is a lot of bang for your buck since the game is available at a budget $7.99 asking price. For this, you’ll move a cursor on the screen as you check each row and column to review how many blocks need to be filled in with the X button. You can erase a square with the Circle button, which can also be used for marking squares that you believe should be left blank.

You can also mark a block with the Square button for each of your available colors so that you can keep in mind what the potential for that block would be so that you can start to see the bigger picture. Your available colors will be displayed on the left side of the screen, and you’ll cycle through them with the L1 and R1 buttons. If you think you’ve made some mistakes, you can have the game check your progress by pressing the Triangle button, so that it can fix anything that is wrong. 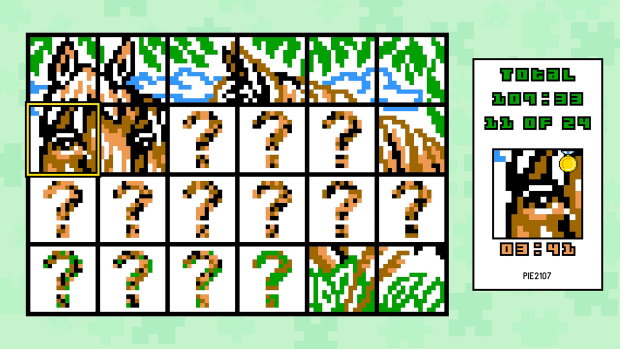 As was the case for Pic-a-Pix Pieces, Pic-a-Pix Pieces 2 also has a full trophy list with a Platinum trophy for you to unlock, and it’s going to be a very fun process! Since there are many images to complete, each composed of smaller nonograms puzzles to solve, you’re going to be playing this one for a long time as you try to complete each section. The further you progress in the game, the bigger the overall picture, and the different sections will become, so a quick Platinum this is not. Most trophies are for completing one full image after the next, with a few trophies for solving a 15×15 and a 20×20 puzzle, as well as a full image, by earning a medal. Medals are obtained for not using the Fix skill when solving a puzzle. 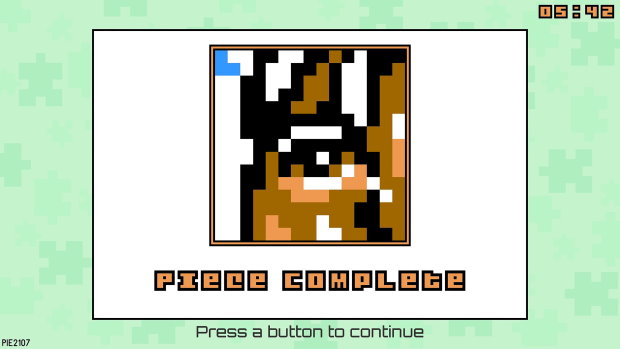 If you’re a fan of nonograms puzzle games, then this one is a no brainer, since the game is out on PlayStation 4 and PlayStation Vita as a cross-buy release for a low $7.99 asking price. If you’re a fan of prequel Pic-a-Pix Pieces 2, then this is a no-brainer since you’re getting more of the same, which is definitely a good thing, and the puzzles to solve are bigger right from the start. Are you ready?

Disclaimer
This Pic-a-Pix Pieces 2 review is based on a PlayStation 4 copy provided by Lightwood Games.

Where the Heart Is Out This Winter