CrossCode from Radical Fish Games and Deck 13 is a retro-inspired action RPG reminiscent of the late gen games on the SNES. Read more about this great title in our CrossCode review!

CrossCode’s journey began with a crowdfunding campaign over at IndieGogo way back in 2015, where it achieved 112% of its goal. The game was first released on the Steam platform a couple of years ago, in September 2018, and it has now finally landed on the PlayStation 4.

CrossCode is a single-player game in a virtual MMORPG setting where you follow Lea, an amnesiac, and nearly muted avatar. As the game begins, you are following a confused main character since she doesn’t even know what is actually going on. Luckily, Lea has the help of the real-life support team of the MMORPG admins, which guide her during the game’s initial moments so that players can get the hang of things. 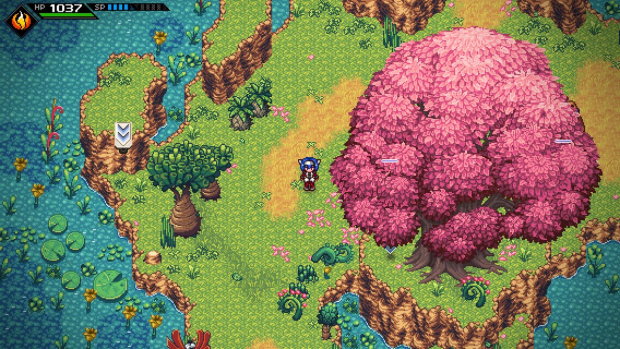 Speaking of how the game begins, the tutorial is very good. It doesn’t require you to perform mundane and basic tasks like some other games but does go into the core of the matter and asks you to take down monsters using different skills. It even requires agility and a little logic to be applied before you can progress, which was great to show how the main game would unfold. It wasn’t explicitly advertised as a tutorial and was intuitive enough to let us discover the game’s mechanics, and it does feel rewarding when the correct techniques are used.


Once the beginning segment – outside of the actual game world – is completed, you land in the rookie city, the place where all players begin their quest in this MMORPG world. One admin supporting Lea mentions that she must be careful to evade suspicion since she does not have a human player behind her, like every other avatar in the game. This is a task that is made all the more complex since she can’t speak more than a few words, and she’ll only have a handful of words at her disposal, which will be unlocked as you progress through the game. 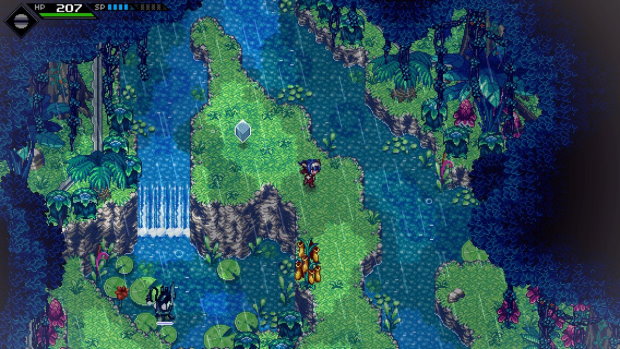 After exploring the starting city, Lea is free to explore the truly expansive world, and thus her quest begins. Monsters are visible on the map, and in a Secret of Mana-ish battle system mode, touching any enemy on the screen will launch a battle. Attacking is done by pressing the Square or R1 buttons, and attacking multiple times leads to combos. There’s also a ranged attack with a gameplay mechanic similar to a twin-stick shooter. The enemies are varied, and their animations are top-notch. The battle system is one of the highlights of CrossCode, and fighting monsters is a blast. If you’ve had enough fights in a zone, you can just pass right through since most monsters are passive until they’re hit, which is something I always appreciate.

I have to praise Radical Fish Games on how they managed to make a world like this feel so alive. CrossCode follows the story of a character is a fictional MMORPG, and it really feels like you are playing in an actual MMORPG – and I need to remind you that this is a single-player game! There are so many “players” passing in each zone next to you that I really had the feeling that I was playing an online game. The towns are also huge, and there are a ton of NPCs and optional quests to tackle along the way. 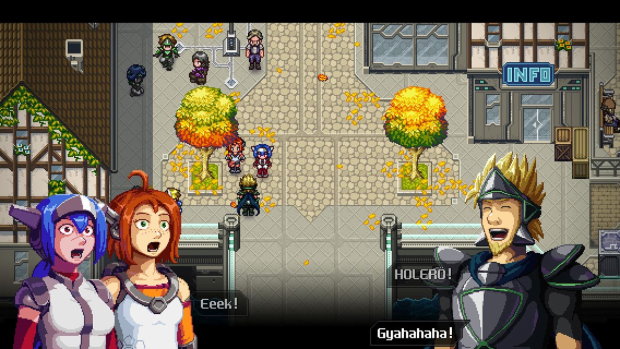 Another aspect of CrossCode I have to mention is its puzzles, which are reminiscent of the ones found in the beloved The Legend of Zelda series. The puzzle difficulty varies, but CrossCode has a pretty original way of selecting the game difficulty. Instead of going by the classical Easy, Medium or Hard difficulty settings, you have three different sliders for Damage Received, Enemy Attack Speed and Puzzle Speed. These can be individually adjusted to your liking and preferences, so if you want to experience the full puzzle difficulty, but breeze through enemy encounters, this is something that can be adjusted.

CrossCode’s story is engaging, and I wanted to progress to see how it would unfold. The conversations are clever, and the script is brilliant. More than once, a character from my party said things that I wasn’t expecting from them and made me smile. There’s also a deep item exchange system in which casual items found on the field can be exchanged for other more powerful and important items, which can then be used as raw materials for obtaining better equipment. Equipment can also be bought directly, so you have two ways of acquiring new stuff.


As for the presentation, CrossCode is downright amazing. It is done in a 16-bits art style similar to games released by SquareSoft in the mid-1990s and feels like a mix between Secret of Mana and Final Fantasy VI, two of my favorite RPGs from the Super Nintendo Entertainment System era The soundtrack is also catchy, and it’s available to preview and purchase at this Bandcamp link.

The trophy list is surprisingly shy for a 30+ hours long RPG as there are only 21 trophies, split into 7 Gold, 10 Silver, 3 Bronze, and the Platinum trophy. Several of the trophies are awarded for story progression as you complete each of the different chapters, while some are unlocked by completing some very specific actions while playing. 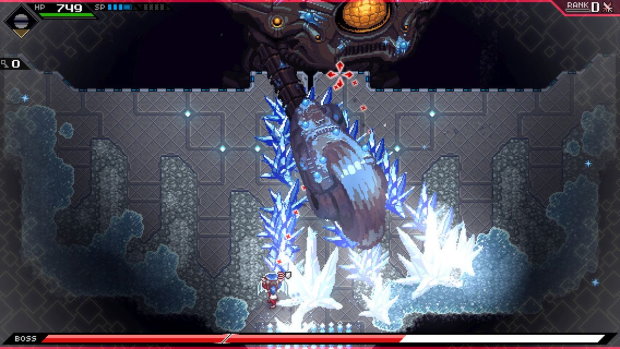 Should you play this game? Definitively. CrossCode is an action RPG featuring an engaging story, a solid cast of characters, and an amazing presentation and soundtrack. The base campaign will last you well over 30 hours, which is a steal considering this release is only $20 on PlayStation 4.

Disclaimer
This CrossCode review is based on a PlayStation 4 copy provided by Deck13.