Clash Force from Ratalaika Games and Spicy Gyro Games is a new 2D run ‘n gun release on PlayStation 4 with a colorful 8-bit style presentation that pays homage to old-school Saturday morning cartoons from the 1980s and 1990s. You’ll be playing as GuideVoom, Scorpido, or Echid, the titular Clash Force, who are going to fight against the evil Crackman and his minions who, as expected, are up to no good. Your adventure will take you through some very colorful locations in forests, deserts, and more! 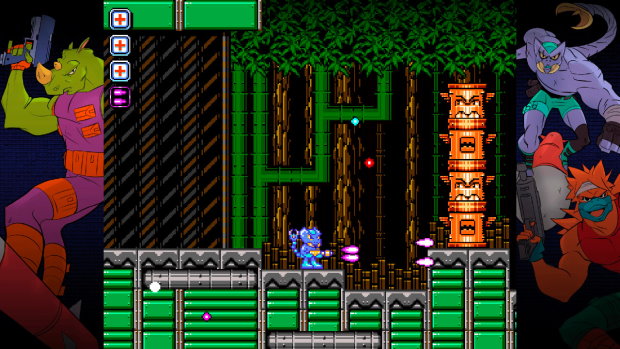 You’ll be moving your character around with the left analog stick or the D-Pad, jumping with the X button. Depending on how long you press and hold down the X button, your character will jump higher. You can shoot your weapon with the Square button, or you can press an hold down the R1 button for a turbo shot. Since you’ll start a stage with three lives, and every single hit will cost you a life, you need to be looking for health items to recover any damage you’ve suffered. There’s also a shield that can protect you from harm, as well as a weapon power up that can change the ammo type for your weapon. If you’re hit, you will lose the weapon power up you were carrying. 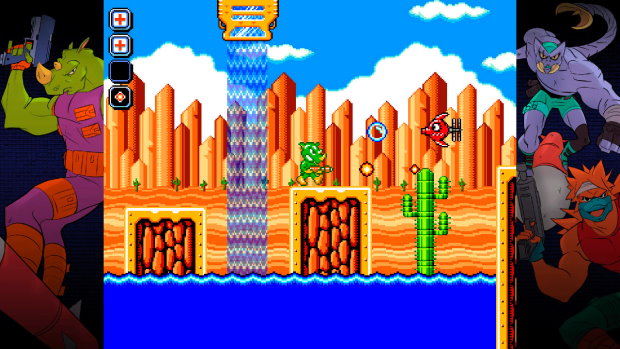 Along with the many regular robot enemies, turrets, and rotating buzzsaws you will run into in each of the game’s 20 stages – while playing in the Normal, Hard, or Expert difficulty setting -, you will also find bosses to battle. For these fights you will need to pay attention to each boss’ movement and attack pattern as you use your equipped weapon to constantly deal damage as you try to destroy your opponent. You’ll be able to check a boss’ health at all times by checking the upper right corner of the screen, but be sure to not let this distract you from avoiding its attacks or you’ll have to start over! 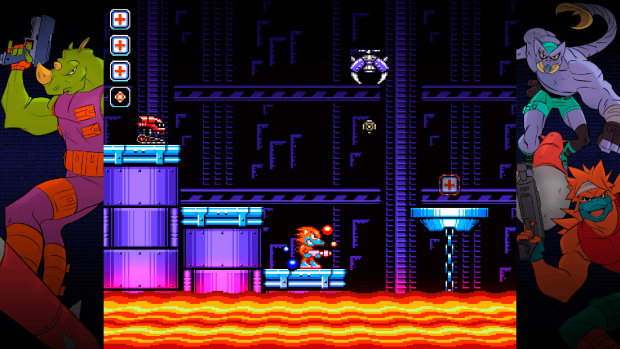 Trophy-wise, with this one being a Ratalaika Games release, you can certainly expect to find a full trophy list with a Platinum trophy waiting for you at the end. The game has 20 levels in total, and for the Platinum trophy you have to complete 15 of those before you can add a new Platinum to your collection. Depending on your experience with run ‘n gun 2D games, you could be getting that Platinum trophy in an hour and chance. 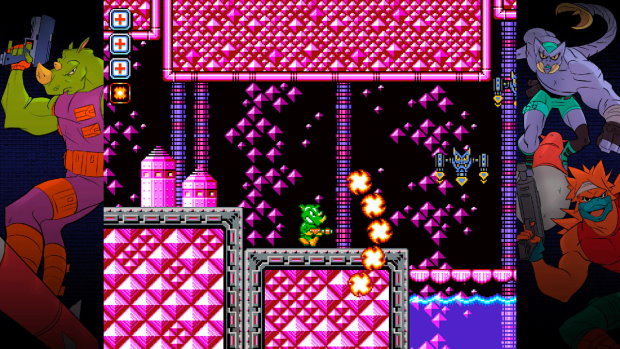 Clash Force is a fun, bite-sized 8-bit old-school infused run ‘n gun action platformer that you should check out on PlayStation 4. It has easy to understand gameplay mechanics, an art style that will remind players of classic games for the Nintendo Entertainment System (NES), an a Saturday morning cartoon vibe, all wrapped in a budget $4.99 video game on Sony’s console.

Disclaimer
This Clash Force review is based on a PlayStation 4 copy provided by Ratalaika Games.

Elden: Path of the Forgotten Out Today

[Beyond PlayStation] Singled Out Review