Gerrrms Out Next Week On Nintendo Switch

Bugbomb Studio is getting ready for next week’s release of single-celled party brawler Gerrrms on Nintendo Switch. Come check it out!


X-gerrrminate your friends!
Gerrrms is a party brawl game that puts you in the role of a microorganism fighting against its single-celled opponents.

Take part in the eternal battle of the microbes! Become one of the sneaky bacteria and tech your friends their place in line. This is the best micro brawl game out there.

Play as one of 11 unlockable characters with different personalities.

There are as many as seven game modes!

Deathmatch – this is the classic germ vs germ warfare.

Flag – grab that flag and hold it tight. The longer you hold it, the closer you are to victory.

Bomb – ever tried to hold a hot potato? When the timer goes down, the bomb will explode.

Synapse Snatch – everyone has their own-colored corner. The task is to grab the ball and carry it with you to your corner.

Gobble – oh, look, the delicious germ food is appearing in random locations! Make sure you devour as much as you can.

Antibody – Avoid Barney’s angry attacks as long as you can.

Take Over – pay attention to shiny spots popping up on the field’s walls. If you bump into them, they will turn into your very own spikes!

Every game mode features a power-up that can give you an edge against your opponents. Wait for the power-up timer to fill up and… fire!

No friends coming over? No worries! The single player mode will keep you hooked for hours! 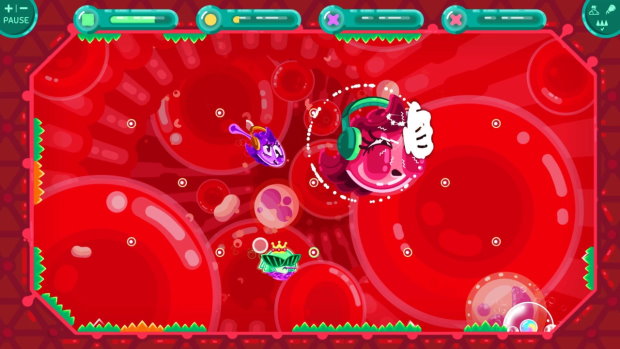 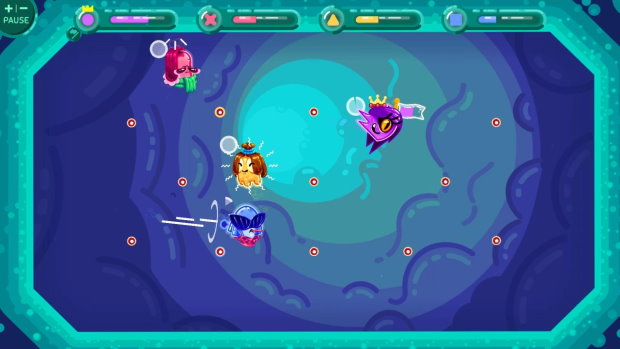 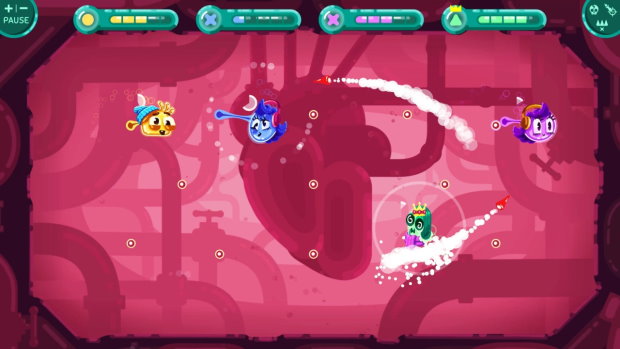 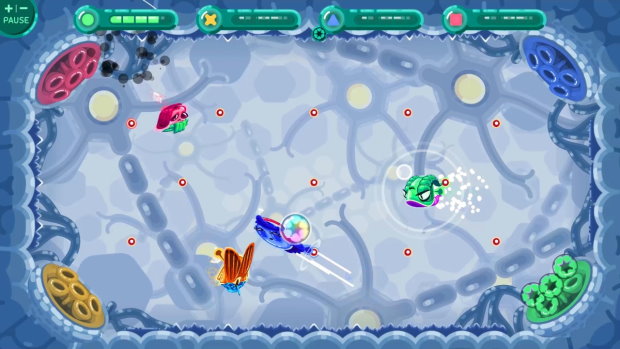 We should talk. Out Tomorrow On Nintendo Switch