Waifu Uncovered from eastasiasoft and One-Hand-Free-Studios is a new Rated M for Mature shoot ‘em up on Nintendo Switch. Learn more about it in our Waifu Uncovered review!


Waifu Uncovered from eastasiasoft and One-Hand-Free-Studios is a new shoot ‘em up on Nintendo Switch that is heavy on the fan service, which is something that is certainly going to rub some people the wrong way. The game is rated M for Mature due to the visuals on the background, which showcase one of the eight maidens who are under the threat of the alien attack. To save them, you must not only destroy the aliens but also destroy their clothing so that they can be saved from a lethal infection. 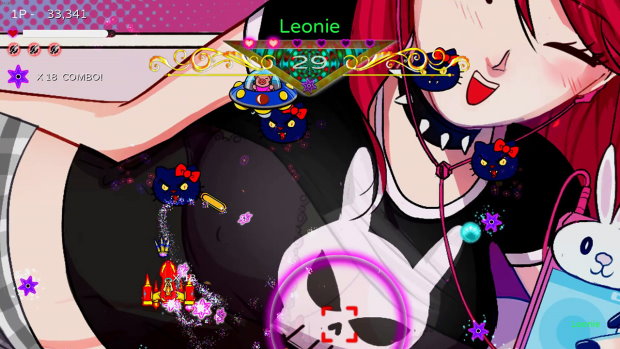 Once you’re ready to go, you can play Waifu Uncovered on Normal Mode. Once you complete Normal Mode, you’ll unlock Arcade Mode, which features one extra waifu to save. Play Arcade Mode (which raises the difficulty) and save some waifus, and you’ll unlock One Finger Mode, which uses the Nintendo Switch’s touchscreen for you to move the ship around and shoot at the same time – lift your finger and your ship will stop shooting and moving. Oh, and your spaceeship is a wiener. You can also connect to the game’s online leaderboards so that you can compare your score with that of other players from around the world.

At the start, there is only one ship for you to choose, but you can unlock more spaceships as you progress through the game. Each one will have different stats for bullet power, multi-shot, rapid-fire, assistants, bomb stock, movement speed, and overall health. The control mechanics for Waifu Uncovered are simple and to the point, which is always a plus for a shoot ‘em up. You’ll move your ship around with the left analog stick or the D-Pad, shooting with the A button, and using the bomb with the B button. You can launch your shield as needed with the X button… and that’s it! 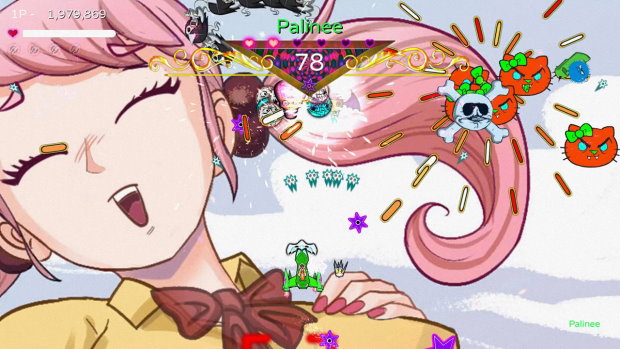 As you destroy your opponents, you need to keep your eyes open for the power-ups – and power-downs – you can collect. As you can probably imagine, power-ups are food for your ship, and power-downs are to be avoided. The power-ups include things such as a boost to your ship’s level, an increase to your laser power, a multi-shot, a multi-shot assistant, a rapid-fire, a bomb, a boost to your firepower, a force field, a speed up, something to recover your health, as well as one pick up to boost your score.

The more you play the game, the more extra content you’ll unlock, because, for your first run, the content will be a bit censored. Rescue more waifus and score big, and you’ll get to unlock uncensored versions of the waifus you have to rescue. As you play through each stage, the camera will pan around each of the waifus as you destroy enemies and collect stars that will allow you to destroy the infected pieces of clothing so that you can save them. At the end of the stage, you’ll also have to fight a boss before you can save each waifu. 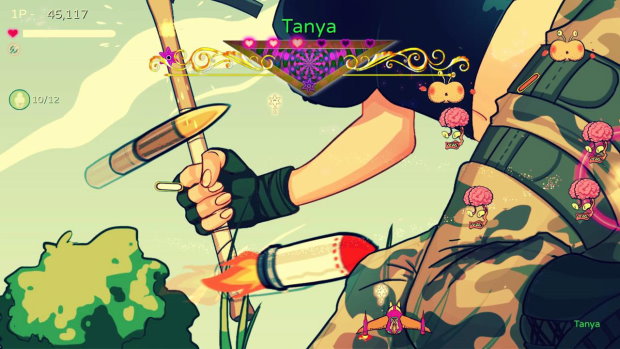 Given the nature of the game, Waifu Uncovered is not going to be for everyone. The gameplay mechanics are easy to understand, but the fun factor in this one is a bit lacking. There’s also some considerable slowdown in the game when things are a bit too hectic. If you’re curious enough to take it for a spin, Waifu Uncovered is out now on Nintendo Switch with a low $6.99 asking price.

Disclaimer
This Waifu Uncovered review is based on a Nintendo Switch copy provided by eastasiasoft.