Enter bullet hell and survive for as long as you can in this futuristic shoot ’em up. Check out our Project Starship review!


Blast through a galaxy of possibilities!
Take the role of Garret or Gwen, pilots charged with saving their world from an ancient evil. Evade, adapt and survive randomly generated challenges that are never the same twice. Take down gods and demons alike in unpredictable bullet hell shoot ’em up action, and dive deeper to confront the hidden eye that watches over all!

• Choose to play a male or female pilot.
• Save the world from an ancient evil.
• Challenge evil gods and mad demons in full-screen bullet hell shoot ’em up action!
• Dive into the unknown and defeat the Hidden Eye!
• Evade, adapt and blast your way through a randomized galaxy.

Project Starship is a bullet-hell space shooter shoot’em up. There really isn’t much of a story for this one, which is usually the case for shoot ’em up releases. The story can be summed up with “you have to save the world from an ancient evil.” You can jump into your ship as Garrett or Gwen and go to town on the randomized levels… or more likely, the randomized levels will go to town on you. 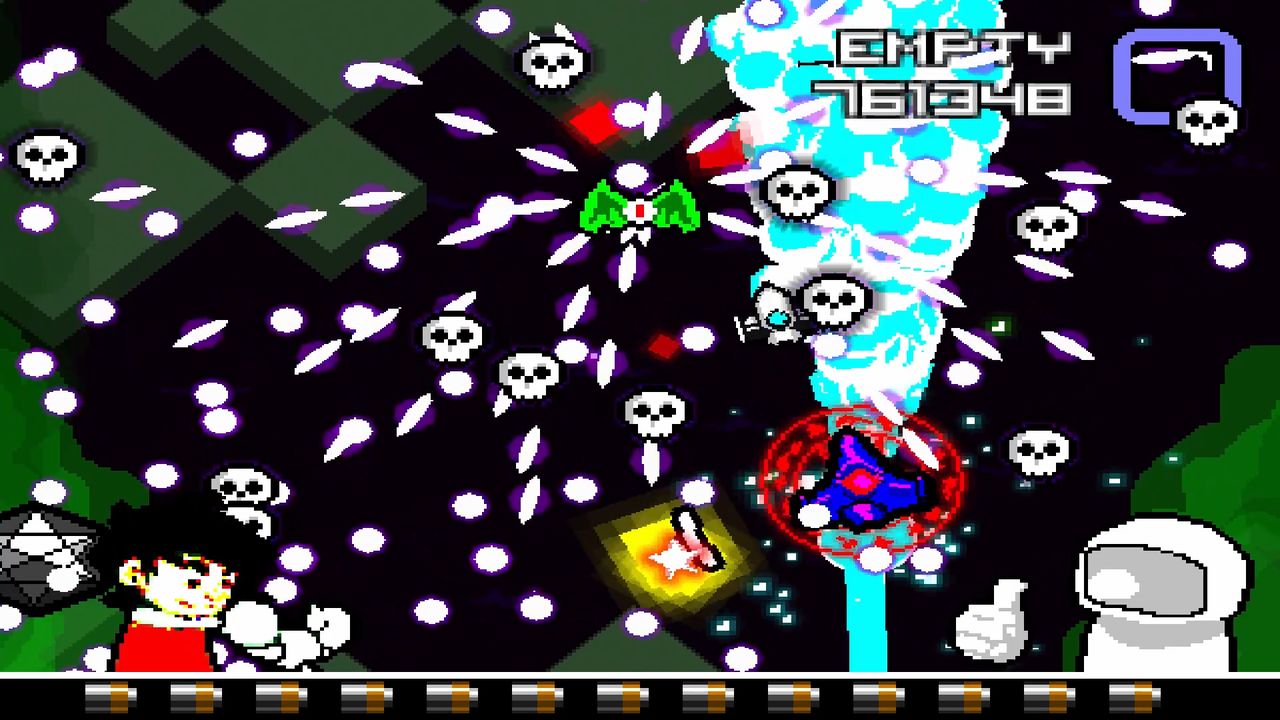 For Project Starship, each run is going to be different. You won’t know what to expect, and that’s what keeps this game interesting. I know some gamers like shoot ’em to have the exact same levels every time they play so that they can learn a stage’s layout and get better, but for me, Project Starship feels like a good experience since you’re always preparing for the unexpected.


The randomly generated levels are quite hard, and there are multiple difficulties to choose from so that you can tailor your experience. The higher the difficulty, the shorter your overall run might be! I favored shorter runs as I played the game for this Project Starship review, and none of my sessions went over the 25-minute mark. As long as you know what you’re getting yourself into, you’ll be fine. You’ll be having fun avoiding enemy attacks and making the most of the power-ups you can find along the way, ramping up the power of your 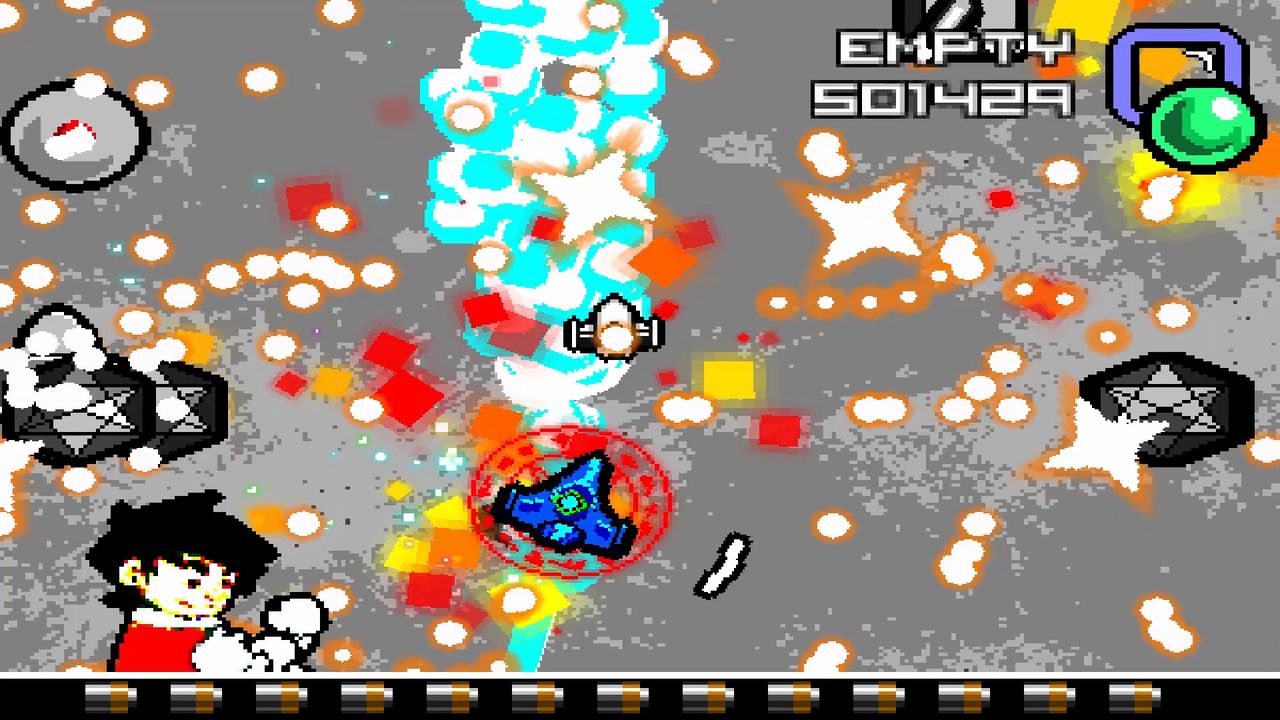 I don’t how to describe the game’s visuals. They have an old-school MS Paint vibe to them, and everything in the game, from the enemies, to the bullets, bosses, power-ups, and even your spaceship, has the same overall feel. Mind you, this is not a dig at the game’s art style, but I did want to give you an idea of what I thought of as I played. It’s something that certainly grew on me. 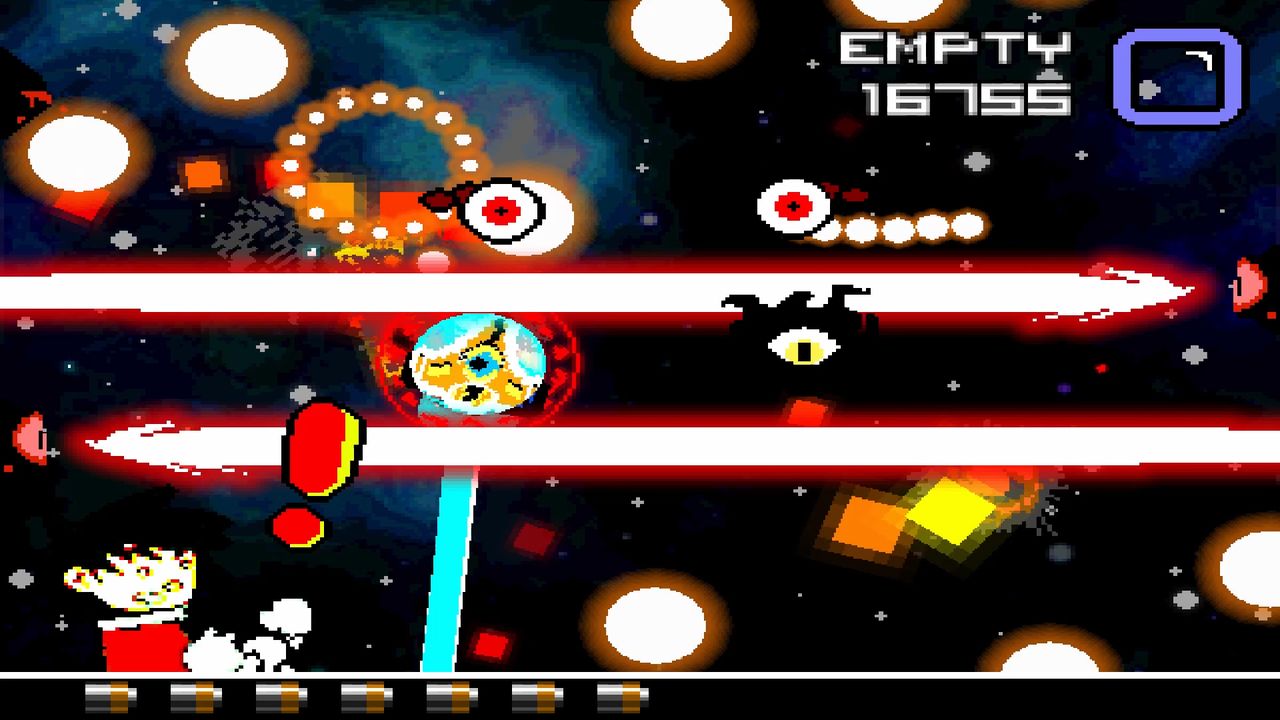 The Nintendo Switch is packed with shoot ’em ups, so you need to do something different to stand out from the pack, and I believe Project Starship does that. It looks different and a bit rough, but it does this on purpose. The gameplay is as tight as you’d want it to be for a game genre in which one false move could destroy you. The game offers a lot of replay value since no two runs will be the same, which is something I definitely liked. 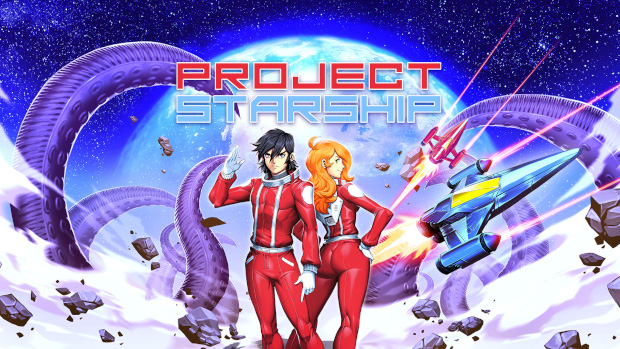 Disclaimer
This Project Starship review is based on a Nintendo Switch copy provided by eastasiasoft.

SteamWorld Dig And SteamWorld Heist Are Getting Physical!