[Beyond PlayStation] Brigandine: The Legend of Runersia Review

Brigandine: The Legend of Runersia from Matrix Software and Happinet is the sequel to Brigandine: The Legend of Forsena, which released on the original PlayStation console back in 1998. The game was a challenging tactical RPG – which is now a cult classic – that took place in the continent of Forsena, while this Nintendo Switch sequel takes place in the titular Runersia. Runersia is home to six factions, and you’ll be able to select any of its rulers to create your platoons of knights -and monsters! – as you set out to conquer the continent. Do you have what it takes to rule it all? 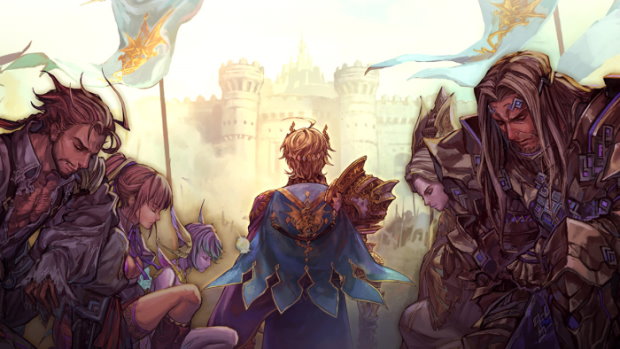 You will need to unify Runersia under your power, and this does not mean only attacking other nations to try and conquer their bases. You will also need to be aware of the actions of your opponents so that you can keep your nation’s bases in check. If you lose all of your bases, then it’s game over!

The gameplay is split into two phases: the organization phase, and the attack phase. As the name suggests, during the organization phase, you will be taking care of everything that is needed for your forces to be ready for battle. You will summon monster, organize your troops, and position them around the map to defend your bases or to invade the bases of your opponents. Once this has been taken care of, you will enter the attack phase, which is when all of your units will go into combat. You will have to review the status of each base as you go so that you can know what you’re going up against.

To summon monsters, you will need to spend some of your mana. Depending on the mana pool, you’ll be able to summon a set number of monsters into your forces. Your troops will need to be moved from base to base as they defend from enemy’s attacks, while also preparing to try and conquer other bases in their path. Your knights can also be sent on special quests in search of hidden treasure. You need to be careful because knights out in search of loot won’t be able to participate in battle. Along with finding items or monsters to add to your group, you can also send units to training quests, which will allow knights and monsters to gain additional experience points.


Units that have just moved to a base cannot be used to try and invade an adjacent enemy base right away, so they’ll have to wait or the next attack phase to take action. The good news is that they’ll be able to defend the base they’re currently residing in, so you’ll get a chance to move around some of your troops as needed to keep things in check. For battles, when attacking, you will need to select up to three units from your invading troops to participate in the duel. If you are victorious, then all units in the group will move to the base. 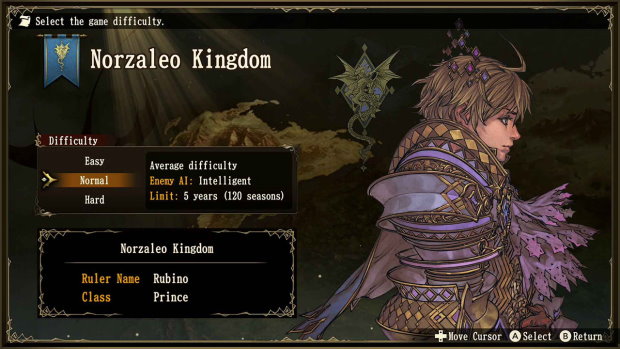 Any knight units that have their hit points reduced to zero will end up retreating. If a monster loses all of its hit points, then it will be destroyed. Since battles are turn-based, you will be able to take on each fight at your own pace, taking into consideration the turn order on the right side of the screen, so that you can plan your actions accordingly. Based on your performance, your units might level up during battle, which is always good news. Why? Because the higher a knight’s level, the sooner it can act for that turn!


Since this is a tactical RPG, that means you need to always keep an eye on the stats of each of your units so that you can maximize their actions. Stats can be affected by skills or spells, which will change their hit percentage, attack and defense power, evasion, magic resistance, magic power, mobility, or the total experience points it will receive in battle. Units can also have different effects placed on them, such as a regen ability that will help them recover 10% of their max hit points every turn for a limited number of turns while being poisoned will the exact or a trapped ailment that will keep them from moving for that turn. As you can probably imagine, there are many more effects to consider, such as paralyze, silence, petrify, faint, charm, so be ready!

You also need to be aware of the different terrain types you will run into as you take on each battle since they will have an effect on the performance of your units. Each unit will have a preferred terrain type on which they’ll perform better. Units that prefer plains will see their accuracy increase a bit while there. Units that prefer forests will be at a disadvantage when on rivers or lakes, but their mobility and evasion will see a boost when going through forest terrain. Units with a predilection for mountain terrain will receive a boost to mobility, accuracy, and evasion when on mountains, but will not perform as well in water terrain types. 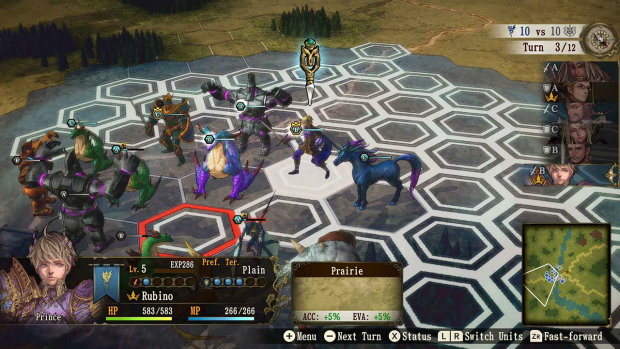 Some units will have a preference for going through swamps, who will see an increase in their mobility, accuracy, and evasion while suffering when going through forest or mountain type terrain. The last terrain type is sky, and those that favor this are special units that don’t see any benefits in mobility, accuracy or evasion based on what terrain they’re on, but they also don’t receive any penalties applied to their stats. The road is a neutral terrain type that will not benefit or lower a unit’s stats. You also need to know that all units’ accuracy and evasion will benefit from being in a town, rampart, or castle, but their mobility will suffer.


There are 710 records to collect in the whole game, which allows you to replay a ton of stories from the game, events and conversations, pages of Runersia’s history, and the progress in the game. You can also review a list of all the knights that you have recruited for your quest, as well as of all the monsters that you’ve managed to add to your ranks. The last set of records is a gallery section that includes all of the gorgeous 2D illustrations that you’ve seen as you progress through the game, as well as the music from the game’s soundtrack. There’s one last thing in the records section, which is the help section, where you can review a guide for the game as well as a series of tips to help you on your adventure. 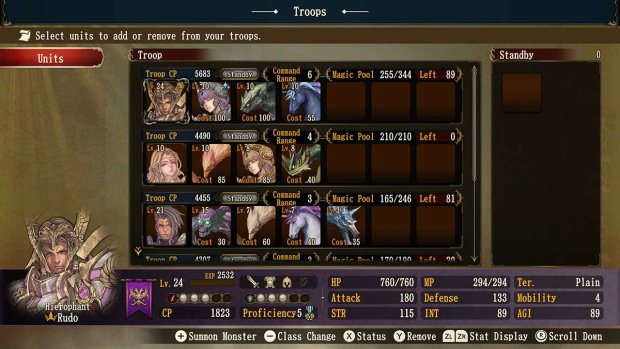 Brigandine: The Legend of Runersia is a huge tactical RPG with dozens of hours of content to offer. With six potential nations to control, there’s also a lot of replay value in this release, and you’ll certainly be challenged every step of the way, testing your skills in full. Brigandine: The Legend of Runersia is out now on Nintendo Switch for $49.99, and it’s a game that tactical RPG fans need to add to their collection!

Disclaimer
This Brigandine: The Legend of Runersia review is based on a Nintendo Switch copy provided by Happinet.

SteamWorld Dig And SteamWorld Heist Are Getting Physical!