Knowing nothing but his name, Adol Christin awakens to find himself in the town of Casnan—a bustling frontier village at the edge of an endless sea of trees and untamed wilderness. Bereft of past and purpose, he is left to wander the town until a mysterious information dealer named Duren who claims to know him joins Adol on a sudden mission to rid the local mine of monsters.

Released when the PlayStation Vita was at his peak, but unfortunately on a console that not many people owned, Ys: Memories of Celceta is now ready to shine on PlayStation 4! The Ys series follows Adol Christin on his journey across the world in an Action-RPG setting that is very fun to play. Each Ys is also completely separate from the rest, so while this is definitively not the first Ys release, do not hesitate to pick it up if you haven’t played other installments in the series. This game was originally released on the PlayStation Vita in 2013, and before that, it was released in Japan under the name Ys: Foliage Ocean in Celceta.

As the game begins, we wake up with a confused and amnesiac Adol. Luckily, his friend Duren passes by, recognizes him, and takes him to the local bar. As they talk, a commotion hits the local residents: a huge monster has taken a few miners hostage in the local mine. By instinct, Adol knows that he has to go in and save them. This first dungeon acts as the tutorial for Ys: Memories of Celceta, and explains the basic mechanics of this Ys installment. 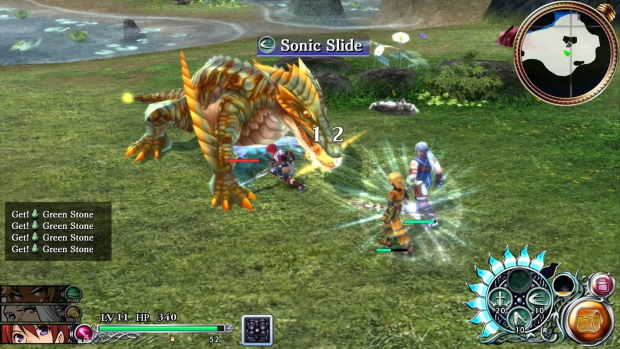 Once this tutorial is over, Adol is recognized as an explorer by the military and is tasked with mapping the entire huge area around the castle. I liked how big the world is, and as of this game release back in 2013, it was the biggest world Ys had been – until Ys: Lacrimosa of Dana, which released back in 2017. The world can be explored with great freedom, and instead of going with invisible walls or blockades on the different paths you can take, I liked how the designers opted to add some bosses to let us players know when they get on a path that we shouldn’t go yet.


Mapping 100% of the world is the ultimate goal of the game, and luckily, there’s a fast travel feature that is available at key points in order to let us move to pre-defined locations in the world. Another great aspect is that if you take a breather, Adol and his team members, HP will recover. As for the dungeons, there are many to complete during your time with the game, and a few had a pretty confusing design that might get in the way and have you wandering around for a bit too long as you search for the right path to the exit. The good news is that this game features a save anywhere function, which prevents having to backtrack to a previous save point, so you can easily save your game and take a step back so that you can carry on from where you left off.

There are also a lot of side-quests to complete, which usually involve getting rid of an annoying beast, or collecting some materials from a specific enemy. Items found can be exchanged for ones of a higher tier that can then be used to reinforce weapons and armor, which is a must if you want to stay on top of things and improve your odds of survival. Reinforcing your sword allows you to deal more damage and adds the possibility of inflicting status ailments to enemies, which can make a big difference in the long run.


The battle system in Ys: Memories of Celceta is action-oriented and requires players to enter commands in realtime. Enemies must be hit with the action button, and skills are attached to a combination of buttons on the DualShock 4. Apart from blocking attacks to lower the damage your character can receive, there are also Flash Guards, which speed up your character when executed successfully. Each enemy also has a weakness that is linked to the three different fighting styles of the playable characters. Finishing an enemy by attacking its weakness grants an Excellent Kill and a Skill Finish, which yields more money and better item drops. The game isn’t particularly hard when played on Normal difficulty, but you should certainly learn to block as early as possible because the bosses will otherwise feel a bit too challenging. 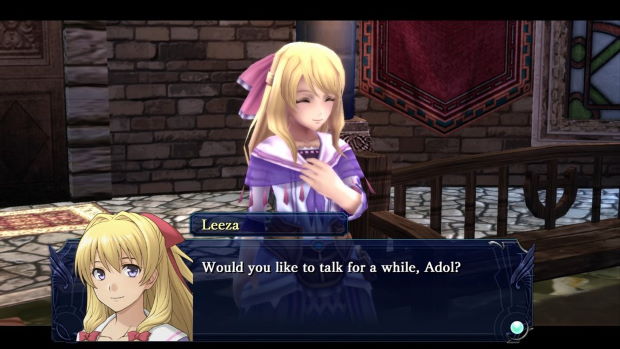 As for the game’s presentation, Ys: Memories of Celceta looked great on the PlayStation Vita, and everything now looks even better on a bigger TV screen. Sure, given the source material, this is not going to be the best-looking game you’ve ever played on PlayStation 4, but it still holds up years later, and it runs smoothly on Sony’s home console. As for the game’s soundtrack, I’ve been listening to it at work since when I played the game’s original version on PlayStation Vita, and it’s a good one! Dual audio is also available if you would want to play the game in Japanese. It’s also worth mentioning that the game supports quick play and can be played when only 650MB of it has been downloaded, out of the 5.5 GB total size, and there isn’t much loading.


Ys: Memories of Celceta is a great game, and it paved the way for the series to eventually give us the excellent Ys VIII: Lacrimosa of Dana. The game has you exploring the world surrounding the city of Casnan, and it’s very fun to play on PlayStation 4. The battle system is great and fast-paced, and the soundtrack is amazing. I definitively recommend Ys: Memories of Celceta to those looking for a great action RPG on PS4 that they might have missed on PS Vita the first time around.

Disclaimer
This Ys: Memories of Celceta review is based on a PlayStation 4 copy provided by Marvelous Europe.