[PS4] Those Who Remain Review

Those who Remain is the new survival horror game from Camel 101 and Wired Productions with a strong emphasis on story. Learn more in our Those Who Remain review!


Just like any game that lays its foundations on the back of its story, it needs to be coherent and competent, and the story for Those Who Remain does a good job. It is a shame that the rest of the game is nowhere near the promises made by the initial premise. In Those Who Remain, you play the role of Edward, a man at the end of his bottle(s), ready to end it all. Afters suddenly growing a conscience, he decides now would be a good time to end his extramarital affair – if his words can’t convince his mistress to end things quietly, perhaps maybe his gun will…? After driving to the motel they had agreed to meet at, Edward arrives to find the place completely void of life, and then there’s a cryptic message on the phone telling him to “stay in the light.” 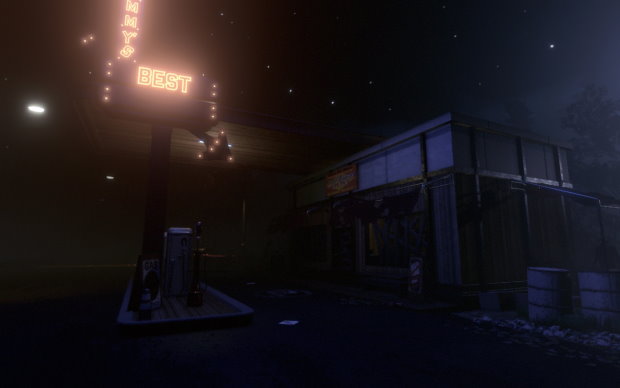 That cryptic message turns out to be the main drive for the game. It is night time in a town void of people but with some well/partially lit areas scattered all over the place. In the darkness are mysterious figures armed with an assortment of sharp objects. They do not move, and they do not go beyond the perimeter of light, but above you hangs the ominous understanding that should you step into the dark, they will most certainly get you.

This simple understanding is excellent at driving home the horror aspect of the game. You need to navigate through the town of Dormont, and rather than moving freely, you instead go through sections that are effectively levels, such as the police station or the post office, to name some examples, using the different sources of light you come across to aid you in navigating through the puzzles you come across. Some of the puzzles are quite clever in how they are structured but do not leave any room for creativity in how you solve them. The structure is simple: solve this puzzle in a specific way or get stabbed.

For those familiar with first-person survival horror games like this one, you will be familiar with the controls here. The left and right analog sticks control your movement and vision, with the options menu allowing you an opportunity to fine-tune your experience. For example, the default setting sees the movement sensitivity is set too low, and I found that upping the sensitivity to the maximum made things a lot more palatable. As is par for the course in games like these, there is no combat. As your opponents have no desire to be aggressive towards you until you stray into their territory and you are unable to harm their incorporeal forms, there is really no room for combat. 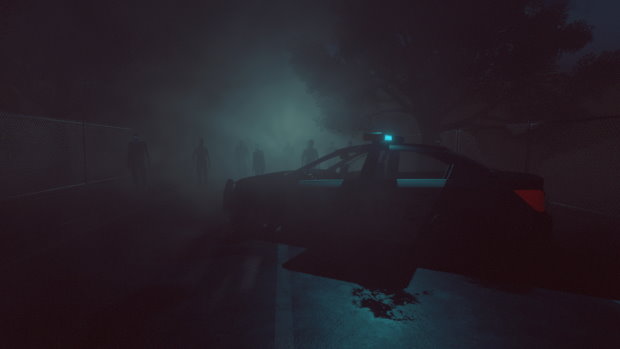 Instead, all you get to do is use the X button to pick up and move objects. This is the main crux of the game. You will spend most of your time pressing the X button to interact with things, be it reading them, moving items to one side in hopes of finding things hiding underneath them, or within them. A lot of things are interactable, but there is a small sense of disjointedness when you realize that not everything can be lifted or opened. The game never truly feels like it found that middle ground.


In addition to the X button, you can also use the O button, which is set for throwing objects a pitiful distance forward. It is obvious that the idea is that if you have one item constantly being in your way, you can use the O button to help de-clutter your immediate surroundings, but when the X button is just as suited for the same task by simply picking up the extraneous and moving them to the side, save for one particular puzzle you come across in the game, the Circle button really does not have much of a use. It could have been used to crouch, since I found some instances in the game where the ability to crouch would have been a lot more useful than the ability to throw things, particularly in sections where you encounter creatures who have the ability to move within lit areas. These sections could have been improved with a crouching ability.

Other improvements could have been some consistency in observing the rules presented by the game. As mentioned before, the game makes it clear that should you stray into the darkness, you will be killed. Some sections require you to venture into darkened rooms of a house but not before switching on the light in said room. This is then followed by a minute or two of awkwardly shifting into a room to switch on a light. A lot of times, I was able to walk a great deal into the room and switch on the light without any problems, but at other times I was stabbed after barely moving a toe into the room. 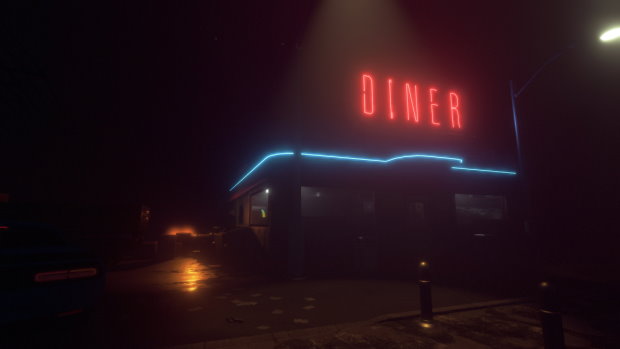 Other examples include those creatures that able to walk into the light. You are required to walk cautiously to make sure you are not spotted by the menace of the level. For a majority of your experience, the obstruction mechanic seems to work, so as long as you hide behind a wall or a bookshelf, you will be fine, but every once in a while, the menace will seemingly see you unless you are 101% hiding, making your subsequent death feel very cheap.

As mentioned earlier, there is a genuinely interesting story here, but it feels as if the gameplay is desperately trying to stop you from enjoying it. The perfect example of this is one point in the game during which, through some contrivance, Edward is asked to decide whether a person who had a role in the death of another is deserving of forgiveness or punishment. You are asked to investigate an area to find clues to help you decide. The clues take the form of diary entries found in an area stalked by a monster capable of walking into the light. Consider the shock I had upon finding the long-winded but vital clue, but the game did not pause or offer me a second chance to read the entry at a later point before the monster came to eat my face. I either had to read the item in its entirety right there and then, unable to move, or just make a decision and carry on with the story.

There is no inventory system to speak off. You are able to keep a hold of key items (usually literal keys), but these instances are limited to a one-at-a-time affair and are usually discarded after their designated purpose has been met. One instance sees Edward come across a lighter, and after using it for its designated purpose, I was surprised when he ditched without explanation. There were several instances afterward that I kept thinking to myself, “Boy, a lighter would be useful right about now.” It was at times frustrating why the game made no attempt to explain why Edward at no point decided to take with him one of the innumerable candles, lighters, laptops or anything capable of emitting light he came across his journey that logically would have made his experience a lot less painful for him. 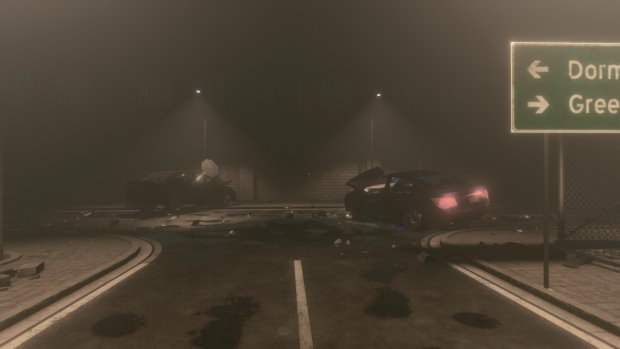 Obviously, some game design choices were made at that moment to keep the experience consistent. But there can be no excuse to explain the litany of bugs that plague this game. In a few sections, there were a lot of bugs that ranged from cringeworthy to just outright laughable. One instance saw the rain that was meant to be falling outside of a house in which you are to hide actually falling inside, with no real explanation. One other instance saw a would-be “dark” stalker standing around in a well-lit area as though nothing out of the ordinary was happening. Conversely, I was able to orchestrate a scenario where I ended up locking myself in a darkened room on purpose and faced no repercussions. This is after several unrelated instances earlier when the game forgot to load/unlock the next area, unintentionally leaving me with nothing to do but reload my save.

There is some good to be salvaged here, with the game’s strong story as a highlight, as well as the sense of atmosphere, the set pieces, and the world itself, but everything else is broken. The game seems set on stopping you from enjoying the whole package.

Disclaimer
This Those Who Remain review is based on a PlayStation 4 copy provided by Wired Productions.