Ready for a new point and click adventure from Artifex Mundi on PlayStation 4? Then check out our Ghost Files: Memory of a Crime review!


In Ghost Files: Memory of a Crime from Artifex Mundi, you’ll be taking on a point and click adventure with some hidden object puzzles. It tells the story of one Detective Arthur Christie, who wakes up with no recollection of what has happened, only to witness how a woman with a mask murders someone in cold blood. It’s up to you to find a way to heal his wounds so that he can slowly but surely regain his memory… oh, and also so that he can escape before the cops arrive because he has been framed for the murder victim in this basement! 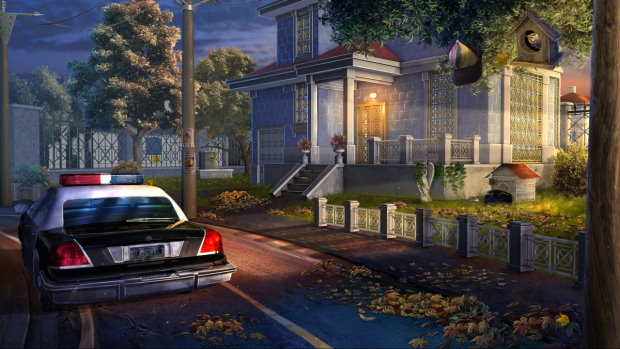 You’ll help Detective Christie by finding the clues that will lead to the capture of the serial killer known only as the Executioner. Your first clue will be a handful of blond hair that you managed to rip from her head before you lost consciousness in the mystery basement. You can select between a Casual difficulty setting, which is great for players who are new to point and click adventures, or you can go with the Expert difficulty to bump up the overall challenge. The game’s first chapter will get you up to speed with the gameplay mechanics you need to use during your time with Ghost Files: Memory of a Crime.


As you explore each location by using the left analog stick to move the cursor on the screen and pressing the X button to interact with objects, you will find items that will be added to your inventory, which can be used to solve the puzzles you will face. Some of the objects will need to be combined with others, and some will require you to interact with them to find a little something extra – these items will be marked with a + sign to let you know about it. To recover your memories, you will have to complete puzzles that hide images that will jolt your memory. Since you’re a detective, you’ll be using a special kit to play a handful of other minigames to try and match samples that can point you in the direction of the serial killer. 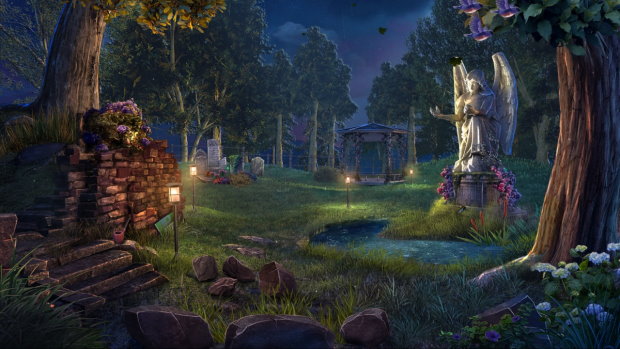 You will also run into some hidden object minigames. If you’re not aware of what these are, they are single-screen puzzles in which there will be a list of objects at the bottom of the screen, and your task will be to find every single object on that list. Sometimes the objects will be out in plain view, while other times, they might be hidden behind other objects. If you don’t want to play the hidden object minigames, then you can play a game of Monaco, in which you’ll need to match cards with identical symbols to collect them, and you can only remove cards that are adjacent to each other.

For every new area that you visit, you should keep your eyes open so that you can spot the three different collectibles that are up for grabs – that is if you want to 100% the game and get a bunch of trophies along the way (more on these in a bit). There are many hats to collect, some old-school floppy disks to collect – these were used as physical storage media way back in the day -, as well as some objects that will morph from whatever they are into a smoking pipe. They will change to the pipe and back to their regular look, and you can only collect them when they look like the pipe. 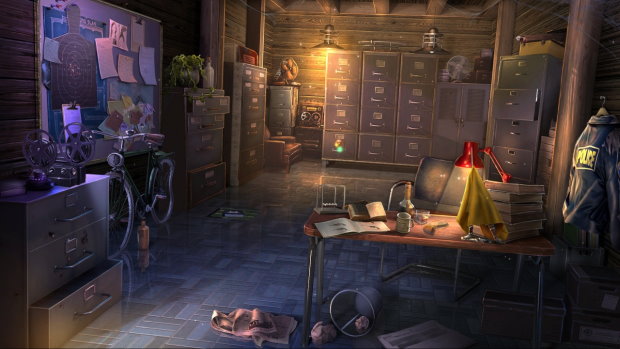 If you’re ever stumped, you can always press up on the D-Pad to activate a hint. When used outside of a puzzle, hints will point you in the right direction by letting you know you have to move to another area, or by circling an object you need to click on to get a story-related item or to start a new puzzle. If, on the other hand, you’re trying to solve a puzzle, the hint will show you one of the hidden objects you’re missing, or give you a heads up as to what you have to do next to get one step closer to the solution. 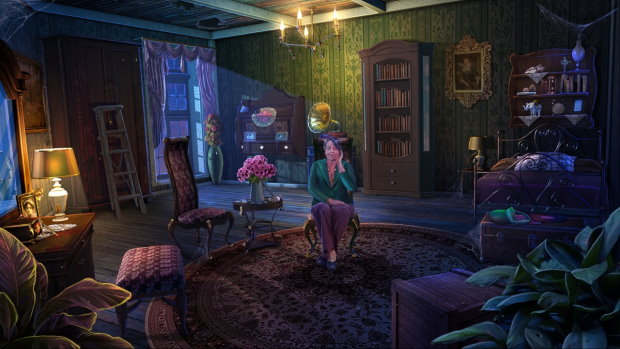 And now, let’s talk a bit about the trophies for Ghost Files: Memory of a Crime. The good news is that the game includes a full trophy list with a Platinum trophy for you. The bad news is that there’s a bunch of missable trophies that, while not hard to unlock, you need to be aware of if you want to get all trophies in a single run. You have the trophies for finding all of the three types of collectibles in the game, one for not skipping any of the minigames, and another one for completing a hidden object minigame without making any mistakes.


As a fan of point and click adventure releases – with a dash of hidden object games -, I had fun during the handful of hours it took me to play Ghost Files: Memory of a Crime on PlayStation 4 from start to finish. Once you’re done with the main Memory of a Crime campaign, you will unlock a shorter bonus campaign – In The Beginning -, which will give you a glimpse into what happened before the main game’s intro cutscene. Other than the average voice acting for the characters in this adventure, there’s not much to complain about, especially if you’re a fan of this type of game. Ghost Files: Memory of a Crime is out now on PlayStation 4 with a $14.99 asking price.

Disclaimer
This Ghost Files: Memory of a Crime review is based on a PlayStation 4 copy provided by Artifex Mundi.