TAITO’s Darius 2D shoot ‘em up series got its start in the arcades way back in the 1980s, and it has not stopped wowing fans of the genre ever since. There have been a ton of new games available both in arcades as well as for home consoles, which have adapted the arcade games while also giving us original Darius games not available anywhere else… that is up until now! TAITO and ININ Games have worked together to give us two collections with several Darius games, split into a collection for arcade games, and another collection for console games… and it’s thanks to the second one that we’re here today! 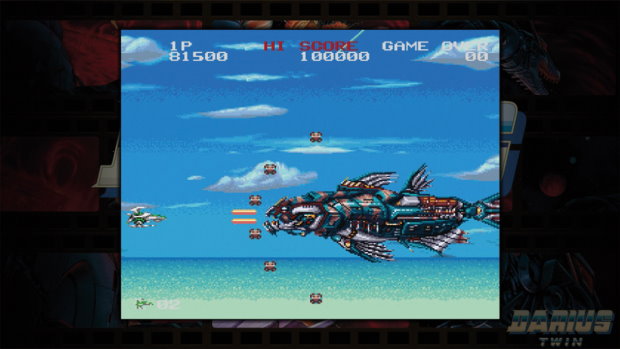 As you can see, some of the games are repeats, jumping between the Japanese and the American version of a console, sometimes adding some additional changes on top of having in-game text localized from Japanese to English. Take, for example, the two versions of Darius Twin included in this collection. The original Japanese release for the Super Famicom – which is the Japanese counterpart of the Super Nintendo Entertainment System (a.k.a. the Super NES) – only had mono sound. When Darius Twin was localized for the Super NES, it got an upgrade to stereo sound, which certainly makes a big difference!

The overall gameplay mechanics are shared by each game in this collection, so you’ll be moving your spaceship around with the left analog stick or the D-Pad. Your attacks will be split between a missile attack with one button and a laser attack with another button, and you can certainly press both buttons to shoot both weapon types at the same time. You can set attacks to be manual – that is, you have to press each attack button a bunch of times if you want to attack many times – or set them to automatic attack so that you only have to press and hold each button. 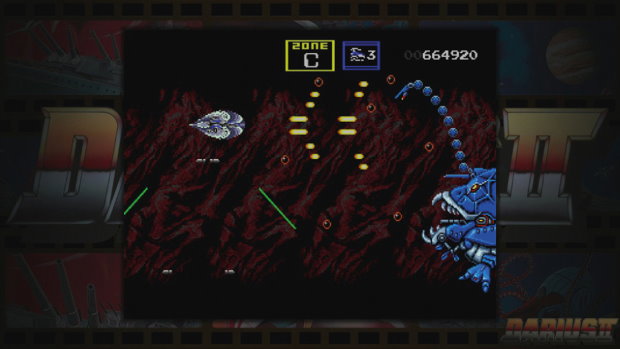 As you can tell from the collection’s trailer, and the screens in this here review, the Darius franchise has a thing for leaning into fish and aquatic creatures for its enemies, mini-bosses, and bosses, which is what made the series stand out back in the day, and it’s an element that still carries on with newer entries in the franchise. Once you’ve reached the end of a stage, you’ll get a warning about a large battleship that is about to enter the scene, which is your cue to get ready for a battle to the death!


The Darius Cozmic Collection Console offers different ways of customizing your gaming experience. While each game is a solid port of the original release, with options to configure the game’s difficulty and how many lives you get, as well as being able to use cheat codes to spice things up, you can also take advantage of other bells and whistles such as pausing the action by pressing the L1 and R1 buttons, or using the touchpad on the DualShock 4 to enter a menu from which you can quick save your progress – as well as quick load – so that you can erase any mistakes you make along the way. 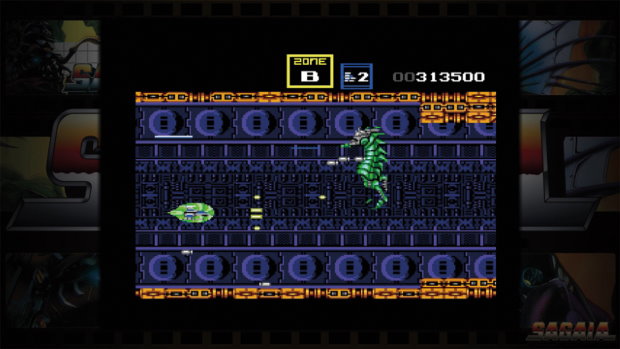 This being a collection of six different console games, I was expecting to get a full trophy list with a Platinum trophy, and I’m happy to report that is the case for Darius Cozmic Collection Console! There are a bunch of trophies tied to completing each of the stages in each of the Darius games in the collection – with the Japanese and American versions of each game sharing a single trophy per stage -, as well as several trophies for defeating the bosses in Darius Alpha. There’s also a handful of more challenging trophies that will test your skills before you can add a new Platinum to your collection. 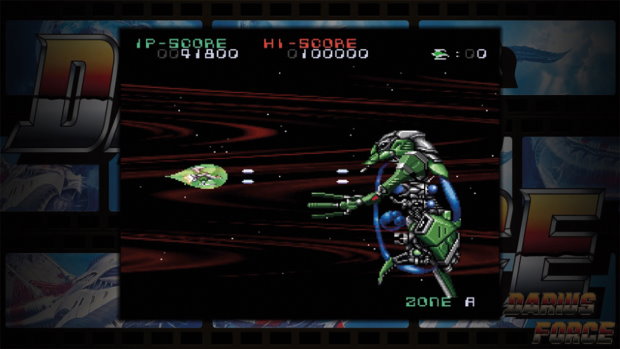 Darius Cozmic Collection Console is an excellent option for fans of the genre, offering a lot of bang for your buck. The one complaint I have is that the collection could have used a museum section showcasing the promo art and other materials used for each release, but that’s about it. Darius Cozmic Collection Console is out now on PlayStation 4 with a $59.99 asking price, and it’s a must-have for shoot ‘em up fans, especially fans of the Darius games on console.

Disclaimer
This Darius Cozmic Collection Console review is based on a PlayStation 4 copy provided by ININ Games.