After reviewing the great Darius Cozmic Collection Console from Taito and ININ Games on PlayStation 4, I was more than ready to take on another healthy dose of shoot ‘em up action by playing the Darius Cozmic Collection Arcade on PS4 for our review! Darius got its start in the arcades back in the 1980s, so it’s only fitting that after taking a jump forward with our review for the console collection, I take a step back to review the franchise’s arcade history, and how its first game did a lot of interesting things right out of the gate! 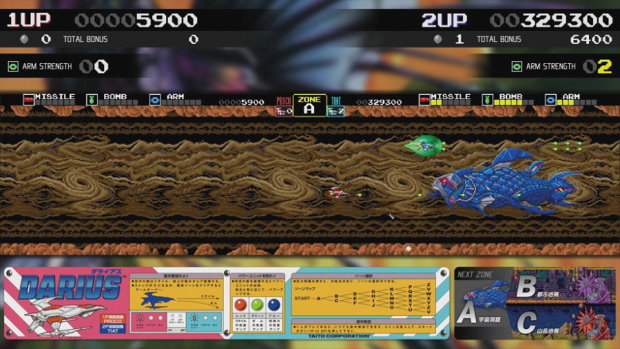 The first Darius game is available in three versions in this collection, with the original version, the new revised version, and the extra version. This arcade release was – and still is – a massive one, with three screens needed to accommodate its 2D action-packed journey. Thanks to the clever use of mirrors, the three screens seem to players as a single unit. That right there is a very interesting way of standing out from other shoot ‘em ups of the era, right? Add seats that had speakers so that you could feel the music through your body as you played, as well as a headphone jack so that you could enjoy the music all around you, and you have a huge arcade cabinet that was a popular item back in the day. 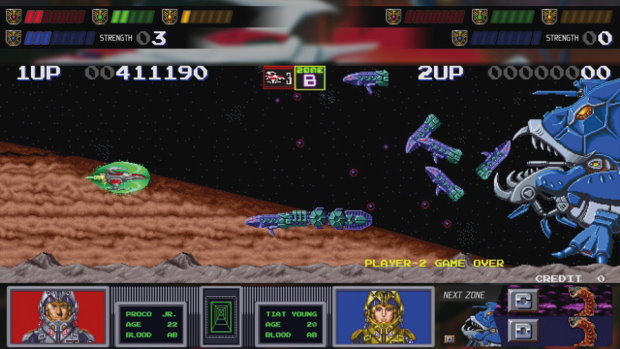 The collection also includes sequel Darius II in its dual-screen setup – and yes, there was also a triple screen cabinet at some point. This 1989 sequel expands on what the first game in the series did, while also making some changes such as having your ship change directions when going up against bosses depending on which side of the boss you’re flying around. Your ship will also have a revamped and more powerful arsenal, but the challenge has also been bumped up.

And then we have SAGAIA, which is the localized version of Darius II – and a game that is also available in the Darius Cozmic Collection Console. SAGAIA changes some things for the game, offering shorter stages compared to Darius II, but with a higher difficulty for each stage. Bosses will also have lower health, to make for a faster full playthrough cycle. You can also play SAGAIA Version 2, which is a very rare revision that did not see much distribution back in the day.

The last piece of the collection is the 1994 arcade release Darius Gaiden. Gone are the extra screens, focusing on a single-screen arcade cabinet, which allowed the game to be out in more arcades since other machines could be converted to a Darius Gaiden machine. It used many graphical tricks to give us a very good looking 2D sidescrolling shoot ‘em up, as well as adding the ability to capture minibosses by destroying their crystal and capturing it before it exits the screen. Captured minibosses will fly alongside you, attacking enemies for a bit before they go boom. 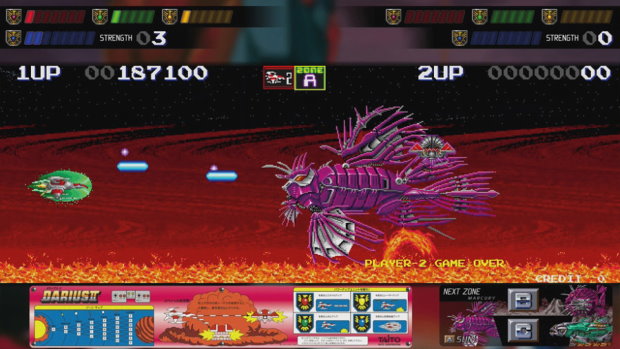 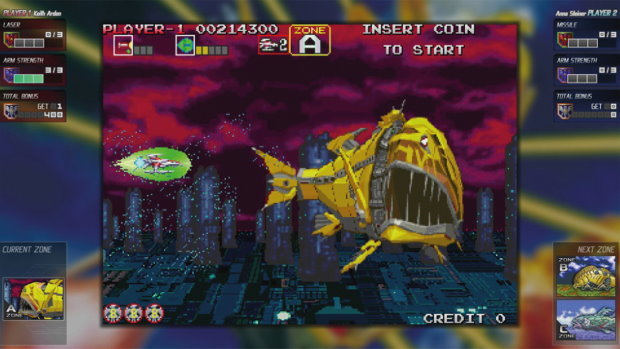 Darius Cozmic Collection Arcade was a blast to review. Sure, the console collecting is also great, but getting solid ports of a handful of arcade games to play at home – with a Platinum trophy for trophy hunters – is always great news. As a shoot ‘em up fan, I was definitely looking forward to playing this one for review, and I’m here to tell you that you should definitely add it to your collection. Darius Cozmic Collection Arcade is out now on PlayStation 4 with a $44.99 price.

Disclaimer
This Darius Cozmic Collection Arcade review is based on a PlayStation 4 copy provided by ININ Games.