In visual novel Nurse Love Addiction from DEGICA and KOGADO, you’ll be taking control of one Asuka Osachi, who is busy studying at Teito Nursing School to become a nurse. She’s there alongside her younger sister Nao, living in Hakuran Dormitory, one of the dorms at the school. Each room is for two students only, so the sisters find themselves working towards the same goal at the same school, living together as a family. They have access to a cafeteria on the first floor, and their room is decked out with a mini kitchen, a bath, and a toilet.

Even though Nao is the younger of the two – by a year -, she’s the more responsible one of the two, always watching out for Asuka. This can be seen during the start of the game when Nao is seen making sure that Asuka wakes up, so that she’s not late for class, even making her omelet and toast for breakfast, preparing her bag for school, and her toothbrush and hairbrush so that there’s no delay in getting ready. Asuka wants Nao and her to become a bit more independent since they’re growing and making their way towards adulthood at the Teito Nursing School. Asuka wants to grow and become a more responsible person, and she needs to allow Nao to become her own individual. 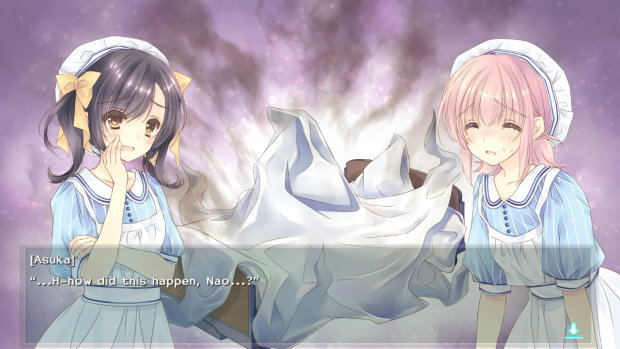 Along with Asuka and Nao, you’ll also meet others at the school, such as classmates Itsuki Amato, Sakuya Takeda, and instructor Kaede Ohara. Since this visual novel is of the Yuri variety, that means it’s a girls-love type of visual novel in which female characters can end up finding love with other female characters. If this type of romance is not your cup of tea, then Nurse Love Addiction is most certainly not a title you should be playing on the PlayStation Vita – same goes for Nurse Love Syndrome, the other entry in the series! 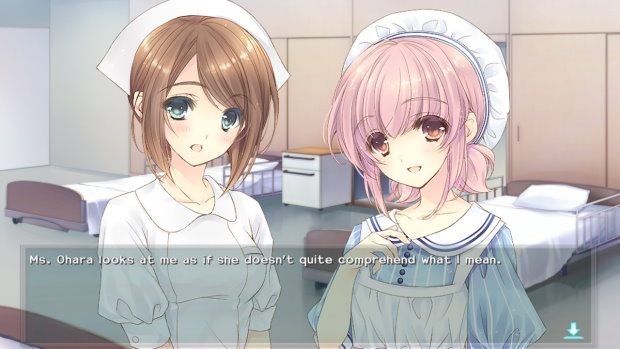 Visual novels stand out from other game genres in that the focus is placed on its characters and the overall story as the main attraction. The gameplay is usually reduced at doing two things: reading a lot of text – and hearing the voice acting that accompanies most of it –, pressing a button to move the story forward (or selecting autoskip to have text automatically play as you play), and making a selection here and there so that you can go down a branching story path. Because of this, it’s always hard to review visual novels since the more you talk about the story, the more you’re spoiling things for those that will be playing the games.

To give you an idea of how big of a visual novel game Nurse Love Addiction is, even if a player were to take the game for a trophy hunting spin, due to the amount of text in the game, the number of branching paths, the different endings in the game – and having to be very creative about when to save and how many different save files need to be on the system at all times at different times, it would still take a handful of hours to do everything that is needed to get all trophies that Nurse Love Addiction has to offer. If you are to play the game properly, then you’re looking at well over 20 hours worth of content! 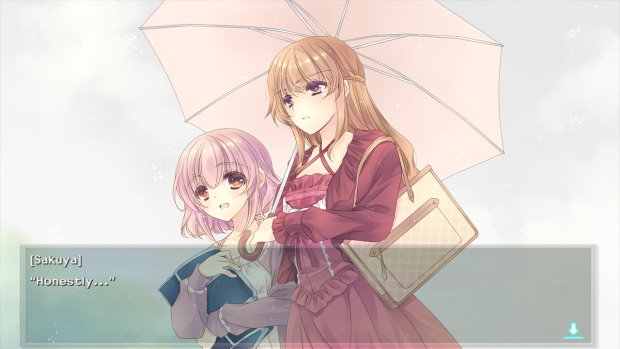 Speaking of trophies, this being a retail-sized visual novel means that the game has a full trophy list with a Platinum trophy waiting for you! There are many trophies awarded for progressing through each of the game’s chapters – Prologue included -, as well as trophies for making some choices at specific moments in the game. On top of this, there are trophies tied to each of the potential endings you can get, with a total of eight Gold trophies, five Silver trophies, and eleven Bronze trophies.

Nurse Love Addiction is a solid Yuri visual novel with a ton of content to offer and huge replay value for those of you who like to see how each decision in the game changes the overall arc as you take on new story paths. It features a likable cast, some interesting plot twists – which I won’t spoil here – and a Platinum trophy for trophy hunters to aim for on PlayStation Vita, all for $39.99.

Disclaimer
This Nurse Love Addiction review is based on a PlayStation Vita code provided by DEGICA.