Step back on the bike, pedal your way through Europe, and try to win the race. Come check out our Tour de France 2020 review!


Experience the intensity of the Tour de France!
Compete against the peloton in all 21 official stages of the Tour de France 2020.
To wear the yellow jersey on the Champs-Elysées, you will need to take risks, attack, sprint and perfect your race tactics.
New features:
• All 21 official stages of the Tour de France 2020
• The classic Liège-Bastogne-Liège race for the first time in Tour de France
• Redesigned, more realistic time-trials. You must manage your stamina and riding position to improve your aerodynamics and achieve the best time
• New first-person camera for greater immersion
• More attacking and opportunistic peloton
• Improved race interface with more details about your surroundings (competitors, route, descents, etc.)


It seems like just last year I was reviewing Tour de France 2019. I had mixed feelings on the game last year just due to dated visuals and simple gameplay. When I got the review code for this year’s version, I was hoping to see a major overhaul. I’m not going to make you wait for the end of the review for a twist: there wasn’t a major overhaul. Honestly, this is almost the same game as last year’s version. 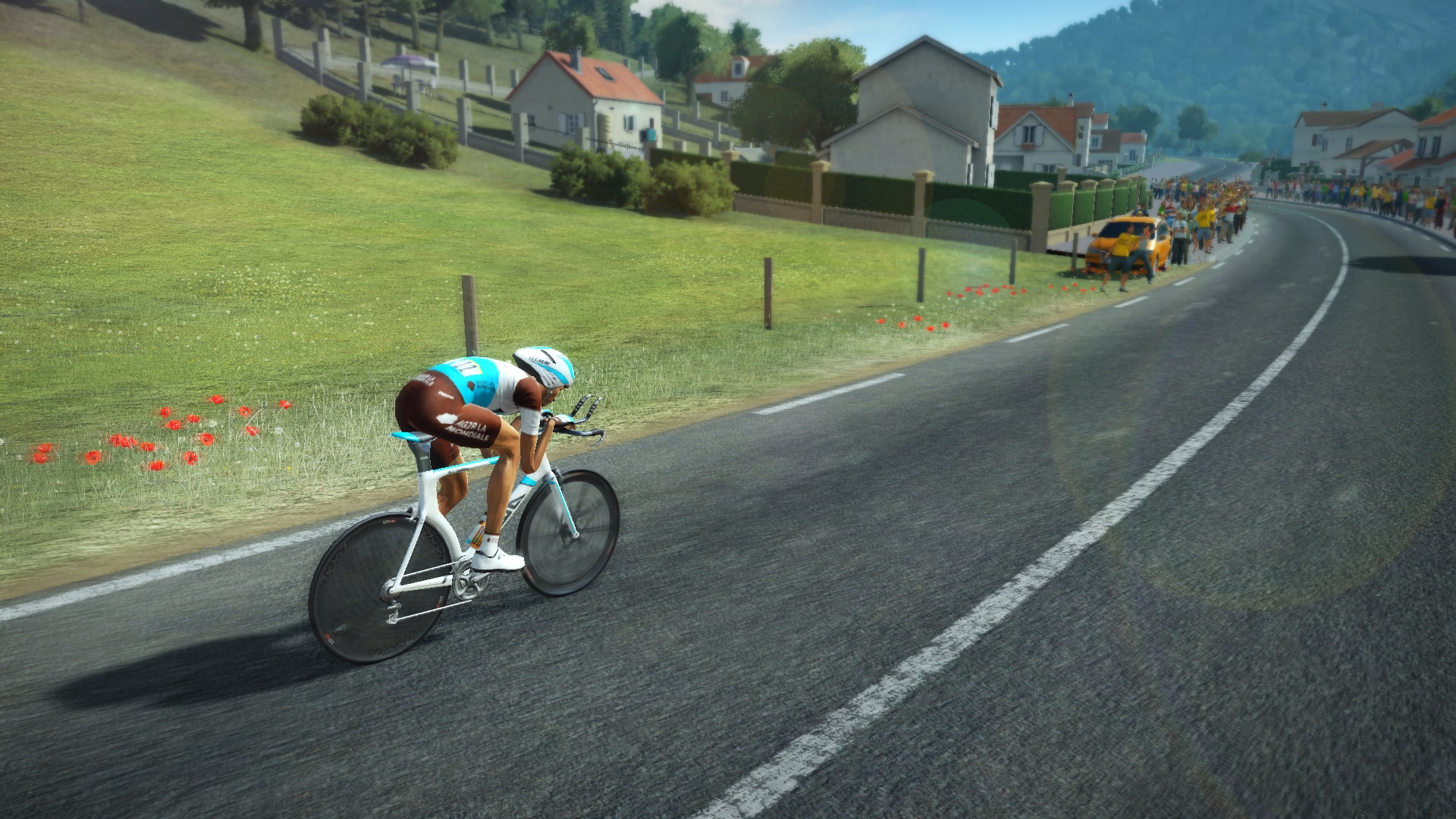 The game controls are identical to previous years, so you’ll use the R2 button to pedal, the L2 button to Brake, the X button to Sprint, and you can use the R1 button to change into an aerodynamic mode for going downhill. It’s a simple control scheme that works. Your goal is to keep pace and not overdo yourself, as the Tour de France is a long run, so you don’t want to get all blown out. You can set a pace in the game for the character, so you’re more in control of your speed and don’t get blown out.

You can control your team of racers and jump between the different racers as you pedal through the course, just like the prior years. There is some strategy involved, but it’s really minimal and not enough to keep you engaged during the long stretches through the journey. They did add a new route to the Liege-Bastogne-Liege section, but it does not add much to the game. Other than that, it’s the same as last year. There is also some new time trial content, but honestly, those challenges are few and far between. 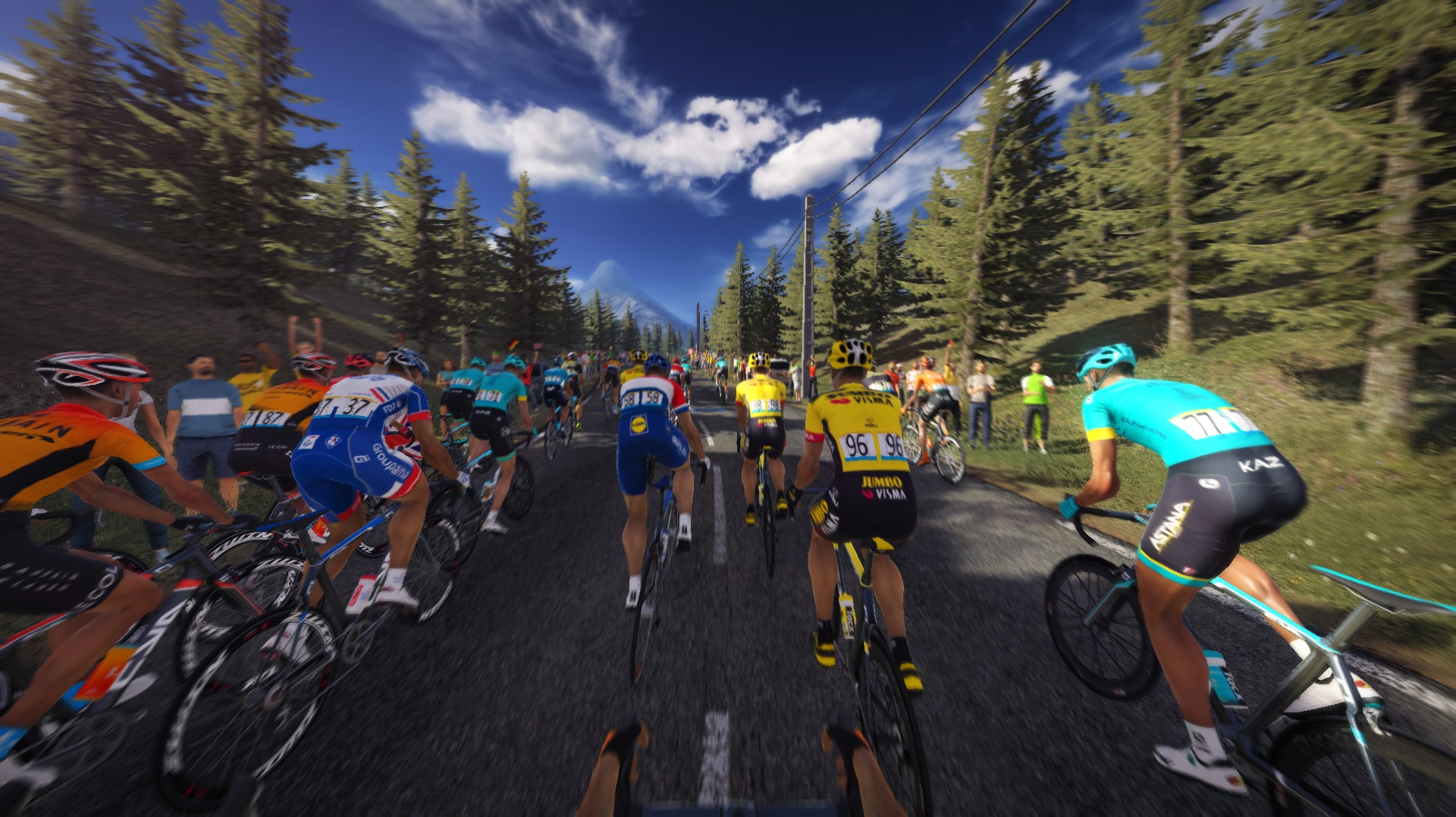 Graphically the game’s visuals are no different than last year, which is a disappointment since last year’s graphics sometimes felt like I was playing a PlayStation 3 game. Every cyclist looks the same with identical character models, and the crowds on the side of the street look terrible. With us coming so close to the end of the current generation, I was hoping to see improvement here, so this is disappointing, to say the least.

There is a new first-person mode available that you can use, but it doesn’t really add anything to the experience. In fact, I found it harder to play in the first-person mode. I know some people might find it more immersive, but I always prefer a more distant view from behind to be able to take on the race.

Tour de France 2020 is a disappointment, last year wasn’t great, and honestly, it’s almost the same game this year. I fired up 2019 during the review and honestly couldn’t tell the difference between them. I’m sure there is a market for a Tour de France game right now. However, the team needs to get back to basics and do a complete overhaul, because this is not working. If you have previous entries in the series, then you can skip this year’s since it feels like a rehash with not much to offer.

Disclaimer
This Tour de France 2020 review is based on a PlayStation 4 copy provided by Bigben Interactive.