In puzzle adventure Evan’s Remains from Whitethorn Digital and Matías Schmied, you will explore a secluded island in search of the titular character. Learn more in our Evan’s Remains review! 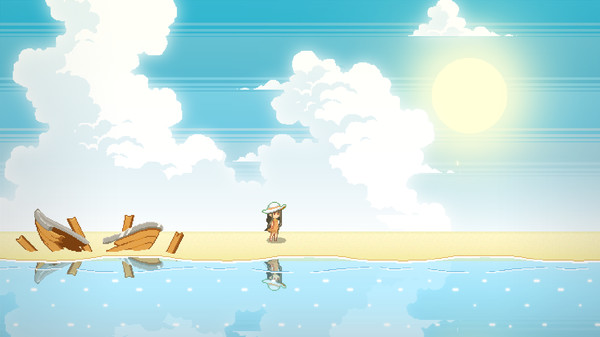 In Evan’s Remains from Whitethorn Digital and Matías Schmied, you will take on a game that mixes 2D puzzle platforming sections with visual novel style exposition and story progress in a short adventure that you’ll be able to complete in a few hours at most – which is not a bad thing! You will take control of Dysis, who has been contacted by mysterious organization Up-Bring so that she can go to a mysterious island to find out what has happened to Evan. Evan is a genius who has created some wonderful technology, and him going missing under unknown circumstances is bad news.

While at the island, she starts to find monoliths that seem to contain a hidden message that can show the path that leads to a unique and powerful artifact, and each monolith has a platforming puzzle that needs to be solved. Some of the platforms that you can jump on will disappear after you jump off them. Other platforms will have teleportation technology, taking you to another platform that has symbols of the same color. And then there are some platforms that can boost you into the air depending on how high you jump down. 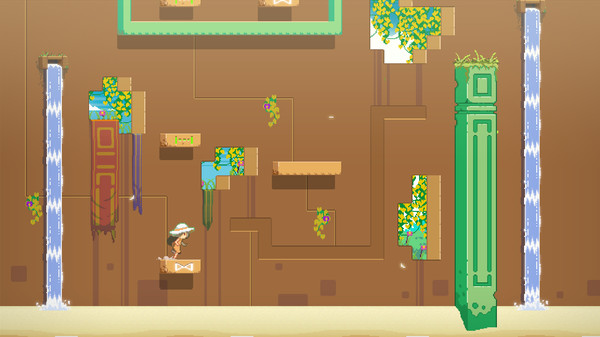 The controls for this one are easy to understand since you’ll move Dysis with the left analog stick or the D-Pad, looking up and down as needed to see what’s above and beyond your character. You can jump with the X button, which is the same button you will use to move through all of the dialogue you’ll read during the many interactions between Dysis and other characters. This being a mix of a visual novel and a puzzle platformer, you’ll be pressing the X button many times during your time with Evan’s Remains. 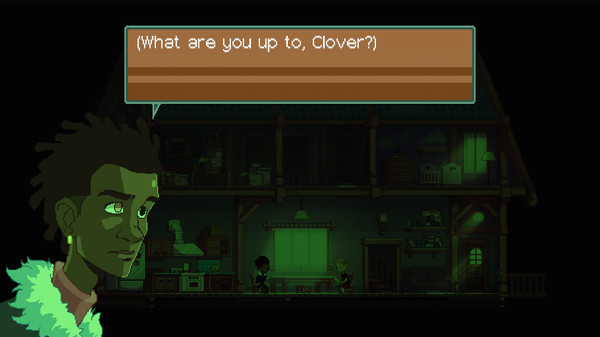 The puzzles in the game start out on the easy side since you’ll only need to jump on some platforms to make them disappear so that you can then use them to reach the top of the monolith, to progress in the game. More platform types will be introduced as you go, which does bump up the difficulty, which might get in the way of some players who might not have as much experience with puzzle platformers. The good news is that if you find a puzzle that is giving you a hard time, you can just pause the action and select to skip the puzzle… and that’s it! 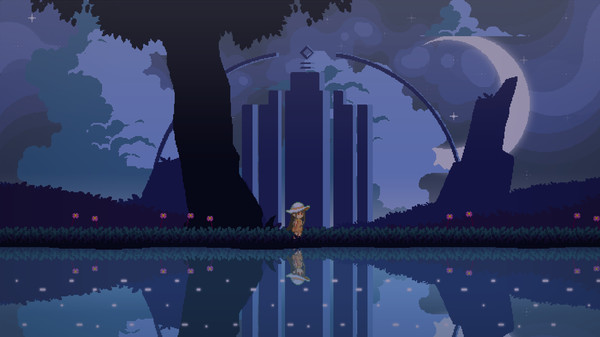 Evan’s Remains has a full trophy list with a Platinum waiting for you. The trophies for the game will unlock for solving the first puzzle in the game, for skipping any of the other puzzles in the game, for spending more than 15 minutes trying to solve a puzzle, for progressing through each of the game’s chapters, for translating the message, and for finishing the game. The list does feature a couple of missable trophies that you need to be aware of since the game autosaves as you go, and if you don’t get them exactly when you need to, then you’ll have to replay the game. 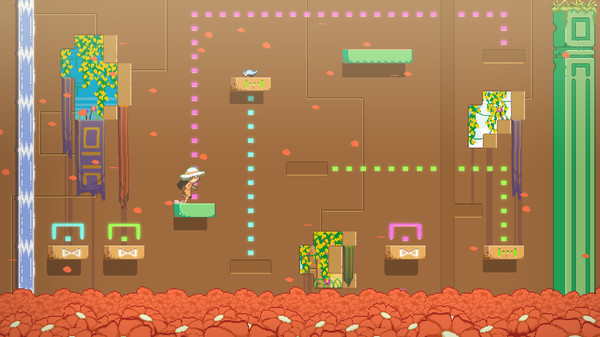 These trophies are in chapter 4.5 and in chapter 6. For the one in chapter 4.5, you have to back out to the main menu once the game has autosaved at the start of chapter 4.5, go into settings, and change the language to Spanish. This will make it possible for a story cutscene in the intermission chapter to feature a change in beverage choice, making the trophy pop. Once the game autosaves after this section, you can go back to settings and change the language back to whichever one you’re playing the game in. The one in chapter 6 will require you to go back left after a cutscene in which your character has gone to take a nap. After doing this, you will notice a mysterious character at the top of the pillar. The game will autosave, and you have to quit out to the main menu and then continue your adventure, so the game places your character at the start of the puzzle. Complete it, and the trophy will unlock!


Evan’s Remains is a short puzzle adventure with a couple of story twists that will keep you moving forward until the end. The puzzles have a nice difficulty curve, and if you have a hard time with any of them, you can just skip them and carry on with your adventure. The game has a great art style, easy to understand gameplay mechanics, and an interesting story, which makes this an easy one to recommend. Evan’s Remains is out now on PlayStation 4 for a budget $6.99 asking price, and it’s a game you should check out! 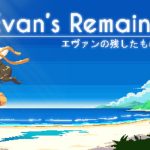 Fun puzzle platformer with a bit of visual novel charm

Disclaimer
This Evan’s Remains review is based on a PlayStation 4 copy provided by Whitethorn Digital.

Locomotion On Its Way To Nintendo Switch

[PS4Blog.net Interview] Marcelo Barbosa On Tcheco in the Castle of Lucio