Desperados III from Mimimi and THQ Nordic is the long-awaited prequel in the long-running franchise. Learn more about this gem in our Desperados III review!


Desperados III from Mimimi and THQ Nordic might be the third game in the long-running series, but it acts as a prequel to Desperados: Dead or Alive, the first game in the franchise, which released on PC way back in 2001. Desperados III is a real-time strategy game, so you better be ready to think fast and act like your life depends on every choice you make. Since it’s a prequel, you’ll be getting a good look into the origin of John Cooper, who is the main protagonist of the whole series. 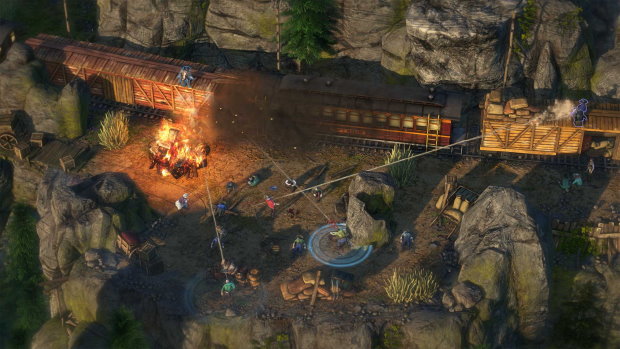 Before you begin, you’ll be able to select between four difficulty settings, which makes it possible for players of all skill levels to find the right challenge for them to take on. The Beginner difficulty is still going to offer a challenge, but making a mistake will not cost you the fight. Enemies will be slower to react and are not as trigger happy. On top of this, your characters will have more health and more ammo. Normal will dial up the challenge while still being fair. If you want to jump into the Hard difficulty setting, then you better have a lot of experience with RTS games, because enemies will jump at you and won’t stop until you’re dead. And then, there’s the Desperado difficulty option in which every step you take, every move you make will need to be almost perfect, or you’ll be dead. This one is probably best for a second run once you know what the game will throw at you.


There’s also the option of going for a custom run, chancing the enemy setup, the overall health for the members of your group, how much ammo each one will start with and how much ammo they will receive when collecting an ammo crate, how aggressive enemies will be at detecting anything that is going on if you’ll be able to save as many times as you want if you’ll have a limited number of saves… or even no chance to save at all! There’s also the choice of having the action stop when activating Showdown mode – more on this in a bit. 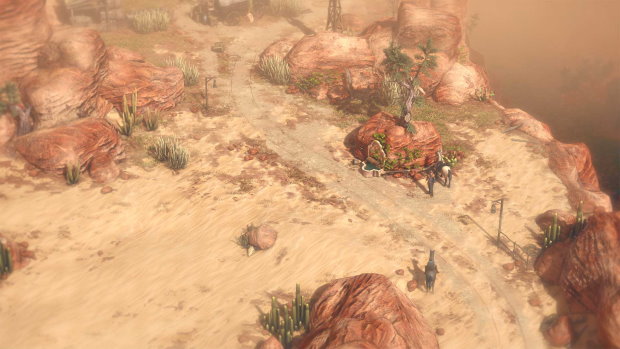 You’ll move your characters with the left analog stick, panning the camera around with the right one, holding down the R2 button to rotate your view. As you walk, you can crouch with the Circle button to slow your pace and lower the noise you make. If you want to highlight all objects you can interact with the X button, then you can press down on the left analog stick to use the L3 button. Under the right circumstances, and while being as stealthy as possible, you can execute a context action kill by pressing the Square button. The Square button will also be assigned for a character’s skills, and you can check the skill wheel with the L1 button, so that you can pick the right skill for the job at all times, based on what each character has to offer.


This being a western scenario, you can activate Showdown mode by pressing up on the D-Pad, which is very useful. Once Showdown mode has been activated, you’ll be able to issue orders to your group so that you can set some quite elaborate plans for all of them to act in unison. Your group won’t be invincible, but if you evaluate each particular scenario and make the most of Showdown mode, you can maximize your group’s potential. Each character will have a button assigned to it so that you can trigger each action as needed, which, when done right, is certainly a thing of wonder. You can also set up to four custom settings for the controls so that you can finetune things and set the right one for your playing style. 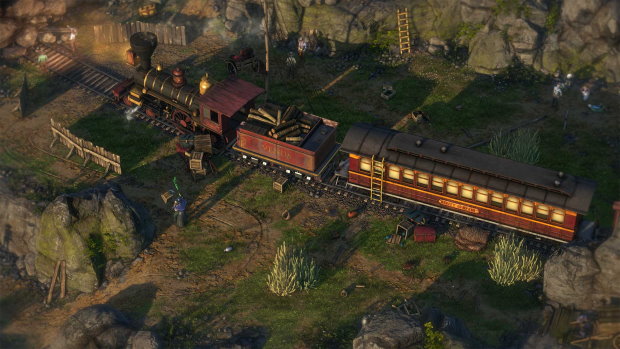 When you start a mission, you will need to be aware of your enemies’ positions, so that you can plan how you’ll proceed. Going in with guns blazing is the fastest way of getting yourself killed, so you’ll have to pay attention to each enemies movement pattern so that you can spot their viewcone – that is, where they’re looking at and how far away from it you can be before they spot you and start shooting at you – so that you can keep your group alive. When an enemy sees you, their viewcone will start to turn yellow. If that yellow reaches you, then the enemy will detect you and start to attack, while also letting other opponents know that you’re around. You can hold left on the D-Pad and move the cursor over an opponent to display that enemy’s viewcone.


When you defeat an enemy, you should hide their body, or else you will be leaving behind evidence that will make any other enemy that walks near it know that something very wrong is going on. Hiding dead bodies is all good and well, but you should also be hiding the very much alive bodies of your characters at all times. Crouching down to not make any unwanted noise, and walking into a tall bush will allow you to hide that character from the curious gaze of opponents that will gladly put a bullet between your eyes.

As you try to get rid of all enemies in your path, you’ll have to decide if you’re going to use lethal or non-lethal attacks, and if you’re going for a stealthier approach or if you’re just going to risk it and use a firearm that will make a lot of noise and could end up bringing some unwanted attention to your characters at the wrong time. Sometimes a knife to the head will be a good option, but since you then have to go and pick up the knife after using it, you might find yourself with no option but to shoot an opponent that has gotten too close to you. 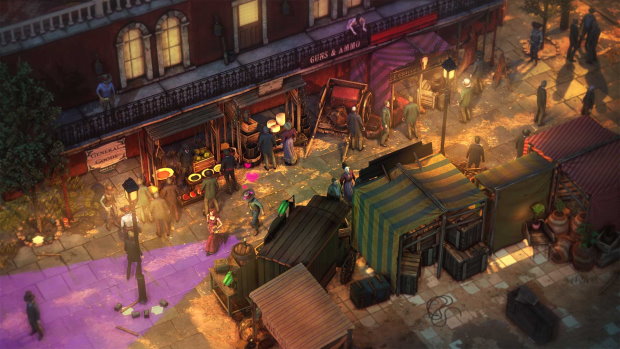 Along with John Copper, for Desperados III, you’ll also be controlling returning characters Kate O’Hara and Doc McCoy, along with new characters Isabelle Moreau and Héctor Mendoza. Each character will have a particular set of skills for you to make the most of, and it’s up to you to decide when it’s the right place and the right time to lean more heavily into one or the other. Of particular interest is Isabelle Moreau, since she has a very special skill: thanks to being a voodoo practitioner, she can use her energy to control enemies. She can’t control all enemies, but you can imagine how this ability can be extremely useful.


Trophy-wise, since this is a full retail release, there’s a full trophy list for you to work on. A short run this is not going to be, as there are hundreds of enemies to defeat – and hundreds of bodies for you to hide -, and miscellaneous objectives, such defeating five enemies with a single dynamite charge, killing ten small animals in a single mission, mind-controlling 25 enemies with Isabelle’s skill, or killing three hidden golden chickens. The rest of the trophies will be unlocked as you progress through the game. 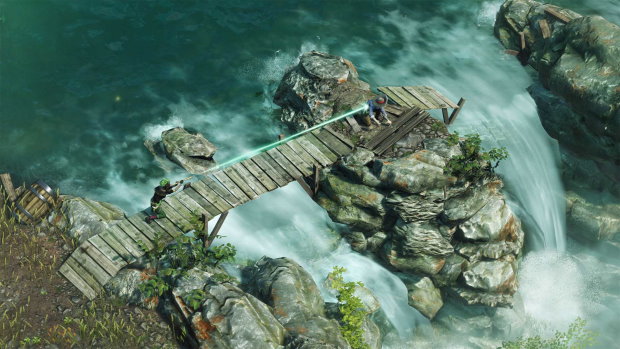 Desperados III is a challenging but fun real-time strategy release on PlayStation 4 with flexible difficulty settings that make it possible for players of all skill levels to dive in and have a go at it. There’s a ton of content to enjoy, great characters and solid voice acting, interesting gameplay mechanics, and a nice variety of skills that will certainly come in handy. Desperados III is out now on PlayStation 4 for $59.99, and you should definitely add it to your collection.

Disclaimer
This Desperados III review is based on a PlayStation 4 copy provided by THQ Nordic.