Slayin 2 from FDG Entertainment and Pixel Licker is a very fun and highly addictive 2D pixeltastic single-screen arena-style action game that will have you taking on an adventure to save the realm from monster. The game has a Story Mode – which is the main attraction – as well as an Arcade Mode. The first one will take you through an adventure in which you’ll be dashing into action as you attack anything that moves, all in your journey to save the land from evil. Arcade Mode will have you chasing for a highscore as you try to give it your best shot. 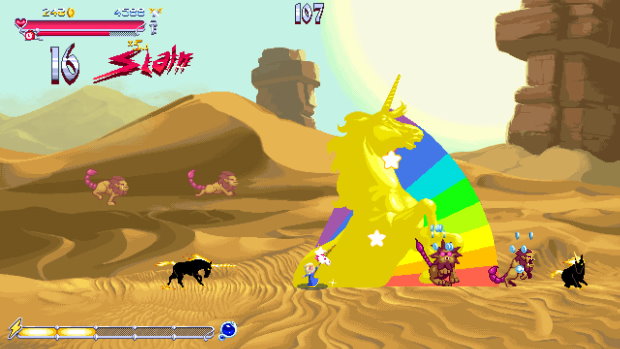 At first, you will only have access to the Knight, who is able to block projectiles with its shield when standing completely still, spawning a treasure when pressing the B button after a solid block. You’ll have to use its trusty sword for your first run, but as you progress through the game, you will unlock extra weapons – as well as extra classes. The gameplay loop is very simple and easy to understand. You will need to defeat a set number of enemies in each stage, collecting treasure as you prepare for the big bad boss to show up. Bosses will be more challenging than regular enemies, and you’ll need to pay attention to their movement and attack patterns if you aim to stay alive! Defeat the boss, and you will clear the area.


Once all of this is done, you will get to see your fame tally. Fame acts as the experience points for Slayin 2, allowing you to level up as you gain more and more. You will get fame from the combos you pull off, all of the treasure you collect, as well as the fame points that are earned from the enemies you have defeated. All of this will be pooled and tallied up, and you can check how much fame you have and how much more you still need for your next level up after you beat each level. 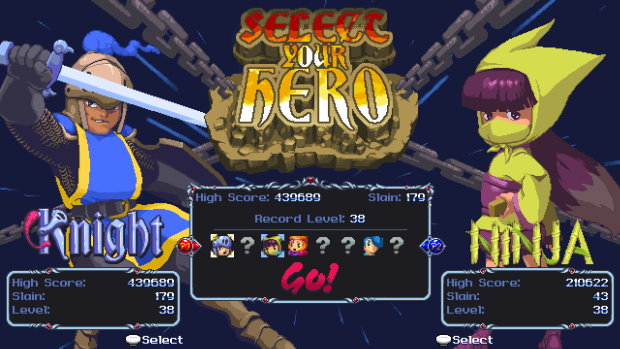 Your character will move with the left analog stick or the D-Pad, drawing its weapon to attack as you go. It can jump with the B button, performing actions with the Y button as you use the spark bar that you fill up by defeating opponents. Some will be in the foreground while others will be in the background, so you’ll have to change planes with the R button. It will also have a special Slay Spark ability, which can be activated with the X button once you have five full spark bars. When interacting with NPC, you can talk to them by pressing the A button.

In order for you to maximize your performance and boost your looting capabilities, you’ll have to make good use of the slain combo system in Slayin 2. Once you defeat an opponent or collect treasure, a combo window will commence, and you will need to defeat another opponent before the combo timer is up. The higher your combo, the more damage you’ll be able to deal, and the bigger the loot you’ll be able to get! 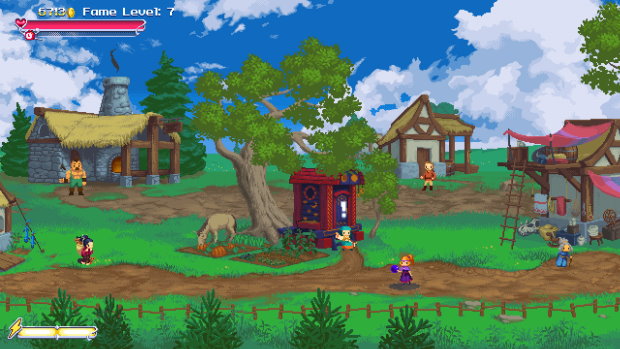 Collecting treasure is important because, along with food, collecting treasures can heal your wounds! The better the treasure, the more you will recover, so you might want to risk destroying a group of enemies so that you can increase your slain combo in order to get better treasure that can make a big difference in healing your character. You’ll be battling against slimes of different colors, sizes – and strength -, large birds, flaming skulls, some huge spiders with bows and arrows, skeleton soldiers with axes, maces or lances, trolls, bomb launching goblins,


Weapon stats are something you should always consider. The damage deal from basic attacks, the walking speed of your character, and its defense rating are important pieces of information that you should keep in mind. There’s also luck, which dictates the rate at which enemies drop items and potions, as well as the treasure heal and spark gain stats, which will have an effect on how much health you recover when collecting treasure, and how much spark you earn from defeating your opponents. There’s combo timer gain, which will have an effect on how long the combo timer is. Some weapons will have better stats than others in some of these categories, so be sure to see which works best for you! 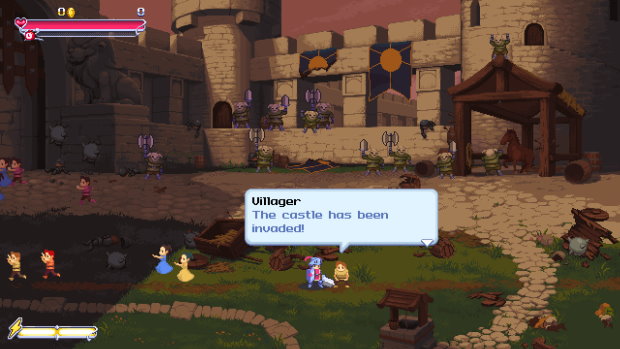 The treasure you collect can be used to gain access to upgrades for your character – such as having a bigger spark bar – or to pay the blacksmith a visit so that he can help you boost your weapon’s stats. You can also purchase new weapons from the blacksmith, or charms from Molly if you have enough coins. All of that loot can also be put to great use by spending it with the Goblin Foreman so that you can help to rebuild the many buildings in town that were destroyed by all of the nasty monsters. Each building that you bring back to life will also reward you with something or someone that will aid you on your adventure, which is definitely a nice bonus! 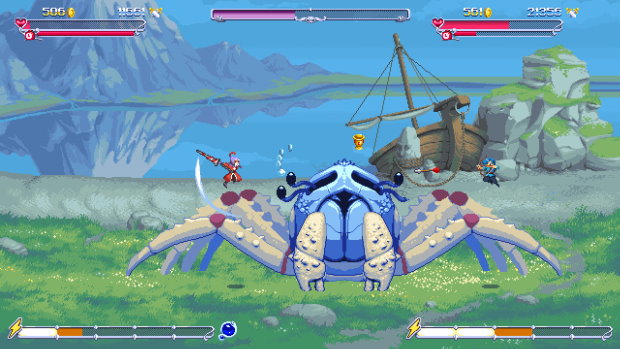 Disclaimer
This Slayin 2 review is based on a Nintendo Switch copy provided by FDG Entertainment.