In Railway Empire – Nintendo Switch Edition from Kalypso Media and Gaming Minds Studios, you will take on a journey through the new world. It’s the 19th century, and you’re ready to do whatever it takes to establish a railroad empire across North America. You’re not alone in this race, so you’ll need to think fast and find the best ways to outmaneuver your rivals so that you can be the best out there. The rival tycoons you’ll be up against will always be right behind you, and if you’re not fast enough, they will destroy your plans.

Railway Empire – Nintendo Switch Edition offers a Campaign Mode, as well as a Scenarios Mode in which you can take on smaller scenarios – the West, the North-West, the North, the Midwest, the South, the South-East, and the East – as you complete a wide range of objectives on your path to becoming the best business out there. There is also a Free Mode and a Sandbox Mode, so there’s certainly a lot of different options for players to find the right mode that suits their playing style. 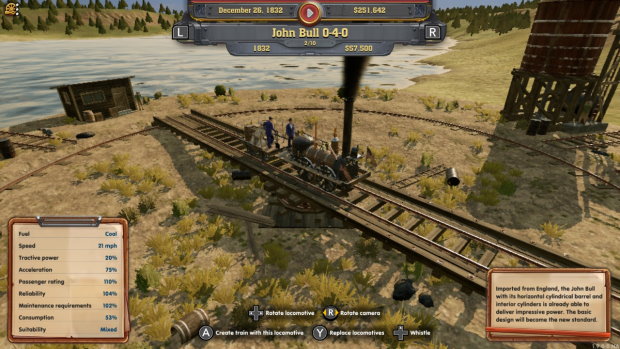 Campaign Mode is certainly the main attraction since it will take you through five different chapters as you rise to fame and fortune during the early 19th century. Your journey will begin in 1863 at the Great Plains, as you work on building the first transcontinental railway line for the Union Pacific Railroad. This first chapter will also serve as the game’s tutorial so that you can learn the basics and get to understand how the gameplay mechanics for Railway Empire – Nintendo Switch Edition work. You’ll be going westward from Omaha, laying down the tracks that would change history thanks to modern engineering.

Thomas Clark Durant, the head of Union Pacific, will be leading you during the initial tutorial. You’ll move the camera with the left analog stick, zooming in and out by using the right analog stick, twisting, and turning your view as well. The ZR button will give you access to the actions ring, from which you can select building construction, track construction, check the tasks at hand, build a new train, and more. As you can probably imagine, you’ll need to build and connect many train stations to bring your locomotive to new locations, so off you’ll go to build a new station.

When planning a train station, you can select from different sizes, and you can also rotate the buildings to better suit your plans. A train station is certainly a great thing, but it’s useless without tracks that connect it to another station! You’ll need to select the track construction option from the actions menu, tracing out your plan for the tracks, selecting the needed height for the track at different spots, so that you can eventually connect it to another station. Once you’ve reviewed the overall plan, you’ll have to pay for building the tracks. 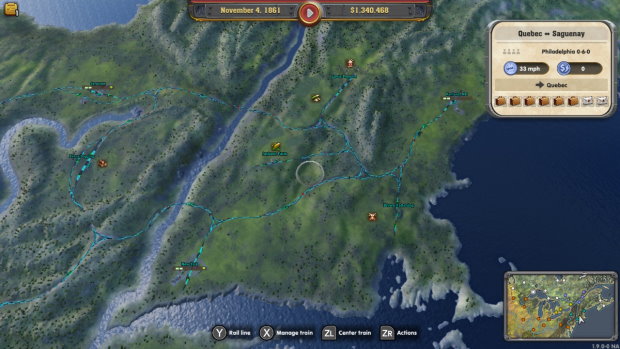 And then, you’re going to need a locomotive for your train! Each model that you build will require its own staff to be able to operate, so you’ll need to consider adding an engineer, a stoker to keep the flames burning, a conductor that can take the train from point A to point B, as well as a security guard who can ensure that the train’s journey is a safe one. You can also add different railcars to your train to improve your overall revenue. You might want to add a dining car so that those that travel can enjoy a light snack, or you could also add a refrigerator car so that you can increase your revenue by transporting food. There are different options for customizing your train, so you’ll need to review all of them so that you can plan accordingly.

Once your train is loaded and ready to go, you can change the camera angle to bring you down to its level, so that you can follow it as it rides along the tracks towards its destination. This is important since each locomotive is going to need sand, water, and lubricant to be able to run properly and make it to its destination, which is why you’re going to have to set down one or more supply towers along its route. Each supply tower is going to cost you almost as much as a small train station, but they’re just as important! 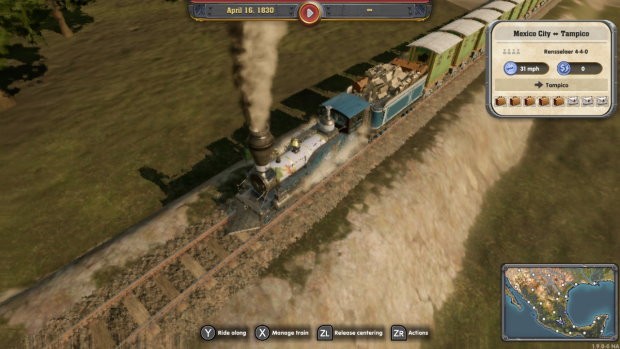 One train is easy to deal with, but if you want to have a proper railway empire, you’re going to have to build more locomotives to be able to do more runs so that you can transport people or goods between different locations. To do this more efficiently, you’ll also have to build tracks next to the main tracks, so that other trains can also run back and forth between each train station. To have thee trains running efficiently and without any issues, you’re also going to have to set signs that establish the direction in which each track must be taken to maximize your revenue potential.


For the Nintendo Switch Edition, we’re getting not only the base game, but also the Mexico, The Great Lakes, and Crossing the Andes DLC included at no extra cost. Thanks to this, we get to play new scenarios on new maps, extra songs on the game’s soundtracks, new locomotives, as well as the night and snow mode, which changes how you approach things. If you want to add even more content to this package, you can also get the Great Britain and Ireland, Germany, and France DLC from the Nintendo eshop, and combined, they add more than 100 cities, as well as dozens of goods, commodities, and locomotive engines. 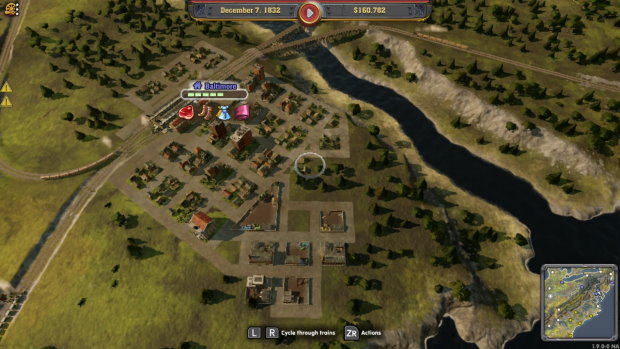 I had a lot of fun with Railway Empire – Nintendo Switch Edition. Sim-style games are some of my favorites to play since they offer a lot of bang for your buck, and this one is not the exception. The game includes a series of scenarios for you to take on, as well as an extensive Campaign Mode that will allow you to grow your empire from coast to coast. The game does a good job of letting you know what you need to do at the start of your journey by giving you text and audio cues, as well as having videos that you can play with the A button to see what needs to be done. By the end of the first chapter, you’ll be well on your way to becoming the railway mogul you are destined to be. Railway Empire – Nintendo Switch Edition is out now for $39.99, which is the same price as the PlayStation 4 version, but on Nintendo Switch, you get three DLC packs for free, which saves you $24 right from the start! 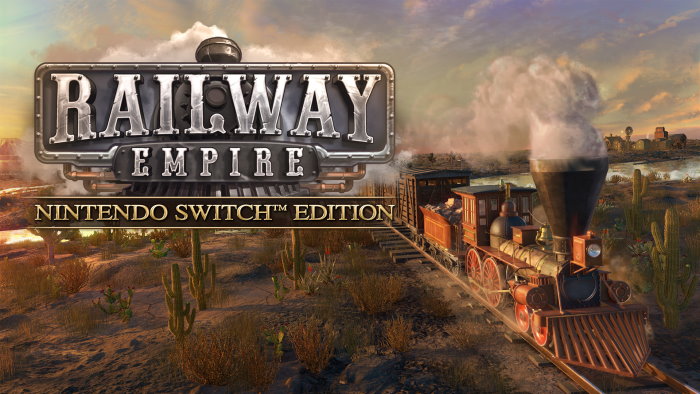 Disclaimer
This Railway Empire review is based on a Nintendo Switch copy provided by Kalypso Media.

Hakoniwa Explorer Plus Is Ready To Go On Nintendo Switch

[Beyond PlayStation] One Way Heroics Plus Review