[Beyond PlayStation] One Way Heroics Plus Review


As some of you may be aware, One Way Heroics was previously released on PlayStation 4 as Mystery Chronicle: One Way Heroics Plus back in 2016. It’s now 2020, and PLAYISM and Smoking WOLF are bringing the game to the Nintendo Switch as a revised and revamped version called One Way Heroics Plus. As you can probably imagine from the Plus on the game’s title, that means this Nintendo Switch release is the definitive version of the game, with controls optimized for Nintendo’s console, all content for the game ready to go, hundreds of items to find, nine endings to reach, and more! 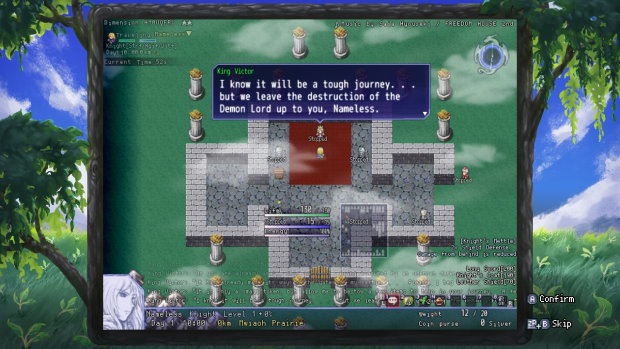 Your journey will commence once you have selected the name, class, and perks for your adventurer. The default settings have it listed as Nameless, but you can configure that as needed. As for the class, first up, you’ll only be able to select between a male or female Knight, but once you progress through the game, more classes will be made available for new runs. The Knight offers damage reduction when using shields, at a defense that is twice the normal rate. As for the perks, these include a boost to the character’s strength, agility, vitality, intellect, willpower, or charisma, allowing you to select up to three perks for the three slots your character has.


Strength will give a 20% boost to your character’s attack power, also increasing the weight limit by a bit. Agility will have an effect on your combo hit chance percentage while also speeding up all actions. Vitality is very important since it will boost your character’s overall maximum life by 10, as well as increasing the health recovery rate and lowering the damage your character receives. Intellect will increase the item identification rate while also lowering the ST and energy required for skills. Willpower increases the effectiveness of Force Power, as well as the Critical Hit percentage. As for charisma, it will reduce shop prices by a set percentage for every level to this perk, as well as slightly increase allies’ attack power each turn. There are many more perks for you to unlock, which will change how you approach subsequent runs. 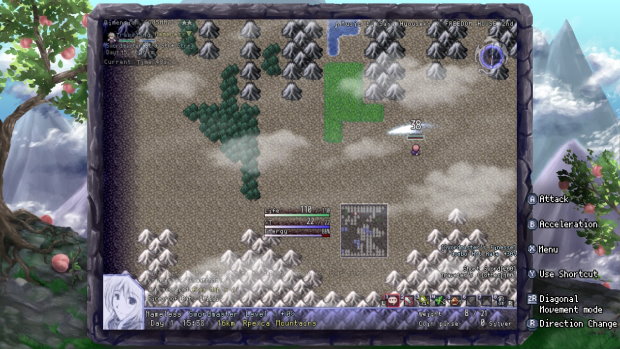 You’ll be able to create a procedurally generated random world to take on, or manually input the dimension you’d like to travel to by introducing the numbers and letters that match it. You can also make a selection on a new world based on the seed options presented to you by the game. You could end up in a world with a Dark Knight, a world with more powerful demons that are twice as strong, a world in which you can get an experience boost in exchange for enemies being a bit stronger, or a world in which you get to go out on an adventure with the King, who is ready for an adventure! You can also select how difficult of a short journey you’ll have so that you can go for a walk in the park, or take a more challenging “stroll” through it all.


Since this is a 2D forced sidescrolling RPG, you’ll be moving your character with the left analog stick or the D-Pad as you constantly move to the right side of the screen so that you can continue to outrun the darkness. The darkness is bad news since it eats up everything on the screen, and it catches your character, then it’s game over. You can interact with NPC or attack treasure chest to reveal their contents by pressing the A button, or attack in general with the same button. The items you pick up will be added to your inventory, and you’ll need to use them as needed without any pause in the action!

Once you get started, you’ll have a pair of goals to aim for: defeat the Demon Lord (easier said than done!), and unlocking new classes for you to enjoy during future runs – and there will be an “Achievement Level” bar you can check to see how you’re doing. With each run, you’ll slowly but surely be making some progress towards completing your goals, so don’t feel bad if you fail during a run and are crushed by an obstacle you couldn’t destroy or a powerful enemy that was just a bit too much for your hero to handle. 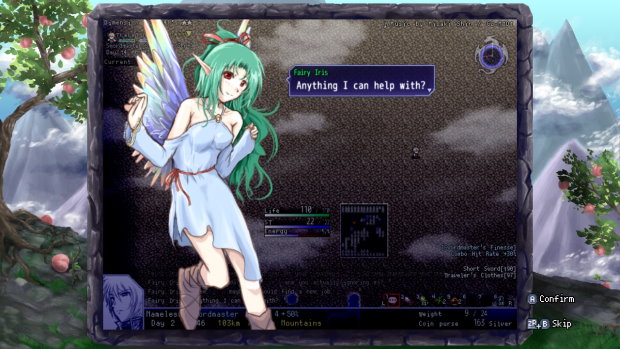 You can collect silver as you defeat enemies and do what adventurers do when they’re out acting like they’re on an adventure, and this can be put to good use when you find a merchant! You can purchase different items or pieces of equipment to boost your character’s stats so that you can have a better chance of surviving through this journey. You will also receive some experience points from every opponent you slay, which will make it possible for your hero to level up, which will also level up one of its perks.

Once you die – which will happen many times during your first handful of runs – you will not get a game over, per se. Instead, you will be told how good of a run you had, and any items on you that were unidentified will be recorded as new items that might help you on a new adventure. You will also save any dimensional coins you were carrying, and will also receive Hero Points based on your performance. Hero Points can be used to unlock a new perk, to unlock a new class, or to expand your Dimensional Vault, which is what allows you to carry over items to your next run. 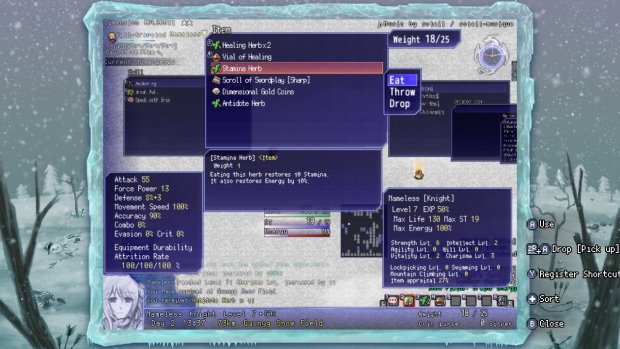 Under the Extras menu, you can check out the Adventure Journal to review details from your previous adventures, check out information on your total play time, best record, and rating for each class, or watch any saved replay data you might have. As for the Options menu, it will allow you to make some changes to the game, with the always classic volume for background music and sound effects, as well as selecting which buttons you can press to move diagonally – with the ZL and ZR buttons being the default option -, toggle direction change with the right analog stick, toggle the button combination for waiting in place, change the position for the shortcut bar, and more.

One Way Heroics Plus is a very fun roguelite 2D forced scrolling RPG adventure that offers bite-sized gameplay sessions in which players can slowly but surely make some progress towards unlocking more perks, more classes, more items, and more of everything so that each new run has something different to offer. Don’t let the game’s minimalist look fool you into thinking this is a short and easy adventure, because the game can be as though and challenging as you want it to be. One Way Heroics Plus is out now on Nintendo Switch for a $14.99 asking price.

Disclaimer
This One Way Heroics Plus review is based on a Nintendo Switch copy provided by PLAYISM.