Knight Swap 2 is the aptly titled sequel to Knight Swap, a fun minimalist puzzle game in which your goal is to move the k knight chess pieces on the screen to the tiles that match the color of the piece. Knight Swap 2 has the same basic goal for you to keep in mind as you solve the 50 new puzzles this budget game has to offer. 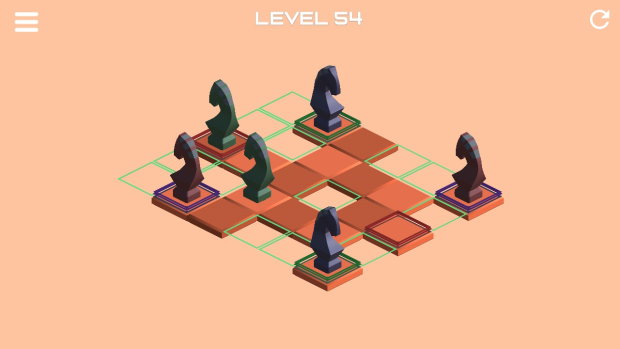 The controls for this sequel carry on from its prequel, so you’ll once again use the left analog stick or the D-Pad to move the cursor around to select which knight you’ll control for that level so that you can grab and drop them with the A button, or cancel your pick with the B button. Sometimes you’ll have to rotate the board to get a better view of the puzzle, and you can move the camera with the right analog stick. The board can be flipped with the X button to see what the puzzle has for you below. The new element for this sequel is spinnable tiles, which you can activate with the Y button. There’s also the option fo controlling Knight Swap 2 with the console’s touchscreen when you play in Portable or Tabletop Mode, or if you’re using a Nintendo Switch Lite. 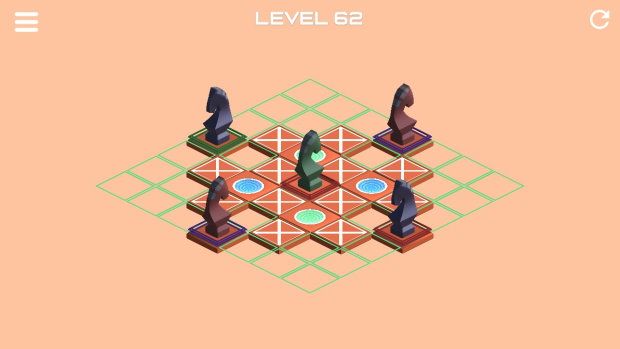 Right away on the fourth level, you will run into tiles with a big X on them. These are tiles on which a knight can stand on a single time. Once you move the knight away from the tile, it will open up, making it impossible for you to backtrack. This changes how you approach subsequent puzzles, because when you combine those with teleporting color-coded tiles, having to flip the board, and tiles that can be rotated, and knight pieces that are connected and move in unison. 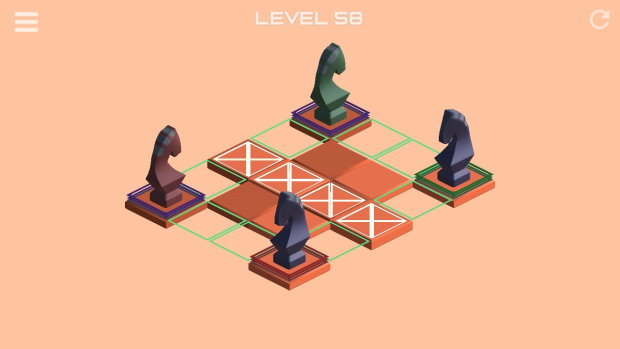 Knight Swap 2 gives us 50 new puzzles to solve and new gameplay elements that will keep you busy for a couple of hours or so, depending on your skill with puzzle games. Knight Swap 2 is out now on Nintendo Switch for a low $0.99 asking price.

Disclaimer
This Knight Swap review is based on a Nintendo Switch copy provided by QUByte Interactive.

Kingdom Majestic Out Next Week On PS4 And Nintendo Switch