Horror game Infliction from Caustic Reality released on Steam back in 2018, launching later on PlayStation 4, and it’s now made its way to the Nintendo Switch thanks to publisher Blowfish Studios. Your adventure will begin in the garage, with a flashlight conveniently placed in front of you. This is useful because the game is going to be very dark, as is to be expected from a horror game. It seems you need to locate your significant other’s missing plane ticket – one would assume for a trip. You have just pulled up to your garage, and, for some reason, the lights aren’t on. Things are obviously not what they seem, and everything will start to turn a bit crazy very soon, bit by bit. 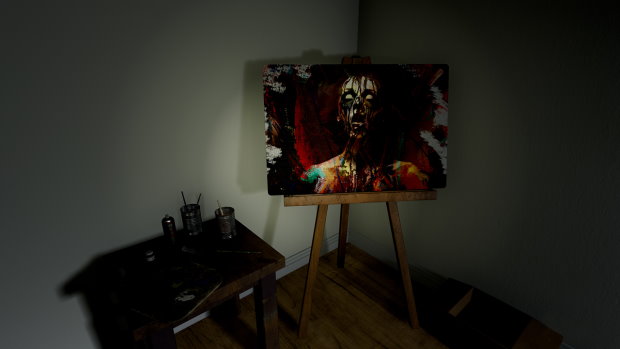 You’ll walk with the left analog stick, looking around with the right one. You can interact with things by pressing the A button, using things, or performing an action with the Y button. The ZR button will be for zooming in as needed, while the ZL button will allow you to crouch. You can also press in on the right analog stick to use your flashlight, which will come in handy as you explore the creepy house that serves as the setting for Infliction: Extended Cut. There will also be an old-school instant camera that you’ll gain access to, which will be used for uncovering some of the hidden secrets.


Without spoiling things too much, the first 10-15 minutes or so with the game will feel as if you were playing a regular walking simulator, but once you’ve found your wife’s plane ticket, things are going to take a drastic turn for the worse. The initial cutscene for the game will start to make a bit of sense once you manage to escape from the house… or at least you thought you were going to get a chance to escape! You’ll soon realize that you’ve just entered into a bizarre and deadly nightmare, and that the supernatural side of things has just been dialed up to eleven. 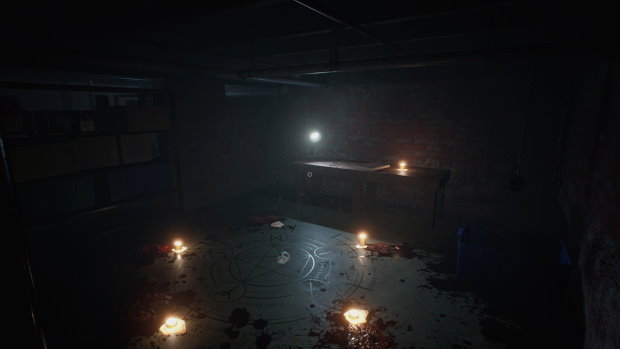 Something you should always keep in mind is that lights can be your ally… if used right. A spirit can be vanished if it’s under the area a light will have an effect on once you turn it on, but you need to be careful when going in and out of rooms. Why? Because if you leave a light on when you exit a room, odds are the ghost is going to break it, which means you won’t be able to use it when you return to that location. Don’t abuse the lights – and use the flash on the instant camera as a last resort option – and you will have a shot at surviving.


Along with surviving – and not going crazy – you will also stay busy by finding the different collectibles the game has to offer. You’ll find the first set in the house’s kitchen, which are the picture of a puppy to your right, as well as a kid’s drawing that is on the fridge. These will be listed under memories in the pause menu, and there are almost 30 of them for you to find in the game. You can check out the audio memory tied to the object at any time from the memories menu, in case you want a refresher on things. 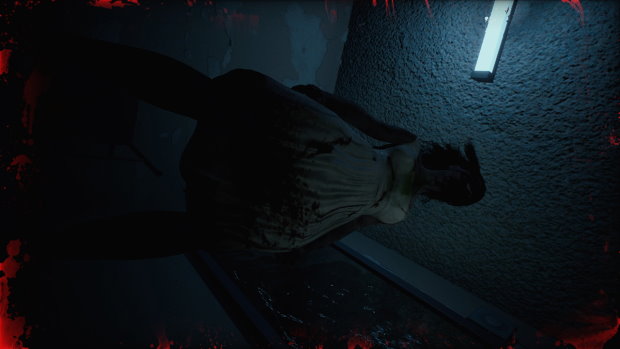 There’s some nice attention to detail in this one, with things such as a living room with a working TV on which you can watch a cooking show segment, check out many old-school VHS tapes of movies that pay homage to movie and TV classics of the last handful of decades – as well as to some video game series, music CDs with a proper cover art and tracklisting, magazines, and more. You can pick up and examine pens, packs of gums, eraser, staplers, books, pretty much anything that you find. The music and sound effects also do a great job of setting up the proper atmosphere for a horror game, always keeping you on high alert. 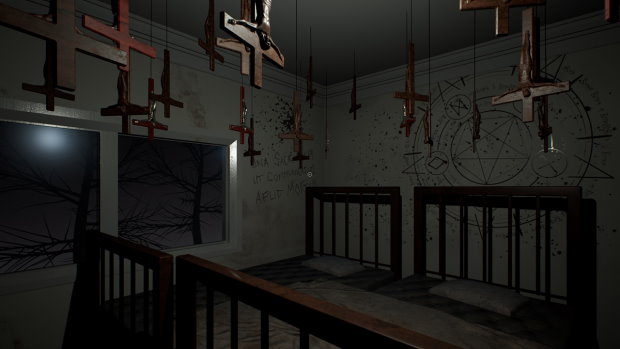 Horror games are always a love it or hate it type of experience, since not everyone likes the occasional jump scare here and there, matched with the overall feeling of despair and the stress of not knowing what is waiting for you right around the corner. There are going to be creepy whispers out of nowhere, crying babies, morphing shadows, and straight up spirits in this one, so if those are not your thing, you should not be playing Infliction: Extended Cut. But if you’re looking for a new horror game on Nintendo Switch, then be sure to give this one a go since it offers a good horror time at home or on the go.

Disclaimer
This Infliction: Extended Cut review is based on a Nintendo Switch copy provided by Blowfish Studios.

Poopdie – Chapter One Out Today