Diabolic from Drageus Games is a slasher RPG set in a dark fantasy world where monsters now rule the land. Learn more in our Diabolic review!


In Diabolic from Drageus Games, you will control a mighty hero who has been tasked with defending the land from all of the monsters who have, unfortunately, taken over. You will go on an adventure over ten stages, with your final goal being to defeat the deadly and powerful dragon at the end. Each enemy type that you face in battle will require a different strategy in order for you to survive, and you’ll have to learn from your mistakes as you find out what your skill limits really are. 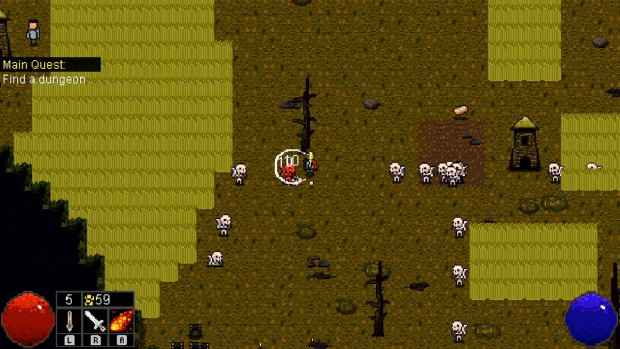 You can move your hero around with the left analog stick, using your sword to attack with the R button, launching sharp bolts from a safe distance by using the L button. Bolts are limited, so you’ll have to make every shot count! Your magical attack will be mapped to the A button, and you can unlock other very useful magical skills after the first boss fight and the level right after that. All of these attacks will be unleashed in the direction that your hero is facing, so a twin-stick fantasy-themed adventure this is not. 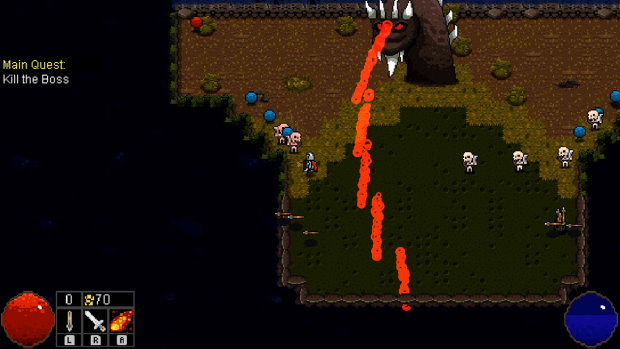 As you go from area to area, you are advised to defeat every single opponent before you can continue with your adventure. If you don’t do this, you can end up being overwhelmed by a larger group of opponents that you can deal with. You will see undead skeletons rise from the ground, or wolves that will sneak attack to try and get the jump on you. As you explore each area, be sure to destroy any object and treasure chests you find in your path, since some of them will reward you with extra gold, orbs that refill your lost hit points or mana, or bolts for you to use more ranged attack. 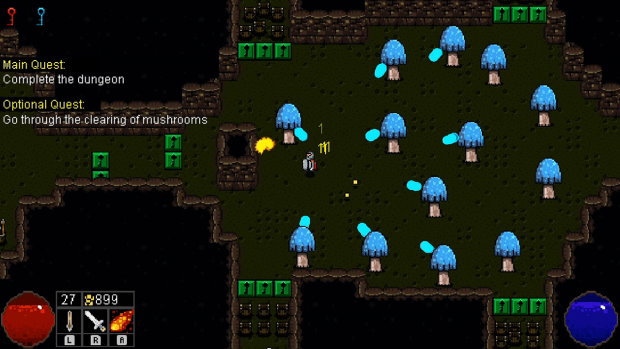 Your character will have many stats for you to keep track of, which can be upgraded between levels as you go thanks to the gold that you earn. You can upgrade the hero’s maximum hit points, running speed, magic skill damage, max mana total, mana regen speed, sword damage, if sword attacks can absorb some extra hit points recovery from opponents, the hero’s protection from ranged attacks, how much damage ranged attacks deal, adding some poison bolts to your ranged attack, as well as a percentage chance that no bolts will be consumed when using a ranged attack. After you finish the first stage, I suggest that you upgrade your walking speed and sword damage once, and use all of your money to upgrade your sword’s ability to absorb some of the enemies’ hit points with each attack. 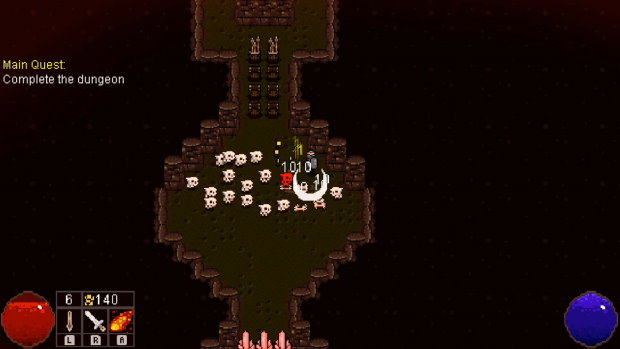 Diabolic is a fun action game on Nintendo Switch with a minimalist look and easy to understand gameplay mechanics and a short adventure that shouldn’t take you more than a couple of hours to complete…. which is not a bad thing! I do like bite-sized games that don’t overstay their welcome, and that can be played between other larger adventures. Diabolic is out now on Nintendo Switch with a low price of only $4.99

Disclaimer
This Diabolic review is based on a Nintendo Switch copy provided by Drageus Games.