If you told me that Clubhouse Games: 51 Worldwide Classics was meant to release alongside the initial release of the Switch to showcase the different control schemes of the console but was delayed because the team originally wanted to include 5100 games but then had to be talked down to just 51 and that is why the game is only releasing now, I would believe you. Clubhouse Games: 51 Worldwide Classics is an amazing achievement in game making that shows all other “X-in-one” style games how it should be done. Nearly every inch and gimmick of the Nintendo Switch is used to its fullest, and the “worldwide classics” aspect of its name is not just for show either. There are board games, card games, dice games, and games in general from just about every corner of the world. The 51 does a great job in making each game included in the package feel unique and crafted expertly. Whilst not all the games were to my liking, I can, however, say that after playing all 51 games, I can confidently say that each one is just as refined as the last and would not look out of place in a Mario party game. 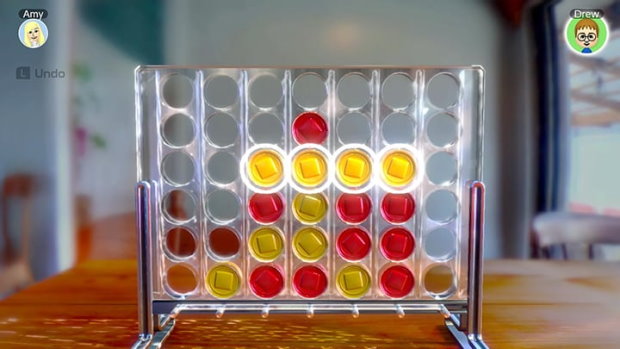 So what’s so special about this game? Well, there are 51 games here… well, 50 games and a “piano/synthesizer” app that was clearly added at the end – because Nintendo – but even that is put together in a way that you cannot help but be impressed by the creativity involved. The other 50 games – that are actual games – cover a wide variety of genres you would expect in any “X-in-1” compilation. For example, there are a number of card games to play, from staples such as Solitaire to Memory to 21 and even Poker. Other mainstays of compilation games are here like Checkers/Draughts and Chess. Where Clubhouse Games: 51 Worldwide Classics lives up to its name is when it goes out of its way to include games not normally represented in the West, such as carrom, a board game originating from India, which is best described as pool meets marbles but is played with different checker pieces. There are also games from Asia like Mah-jong, Shoji, and even mini Shoji, or the Chinese variant of Checkers, which actually did not originate in China.


As well as being fun to play, the game is also informative. After each session, you are given little factoids about the games, their origins, and how they are perceived around the world. Whilst not in-depth, the little titbits are presented in a way that adds a little flavor to your enjoyment. Presentation is where the game both excels and momentarily confuses. Visually speaking the game is gorgeous, the visuals are smooth, slick and seamless and presented in that trademarked Nintendo bright and colorful, and everything is lovely to look at. The music and sound design are excellent as well. A special mention goes to the compositions played during a game of Yacht Dice (Yahtzee), each sound effect and melody going that extra mile to accompany the mood being generated by this amazing iteration of this game. 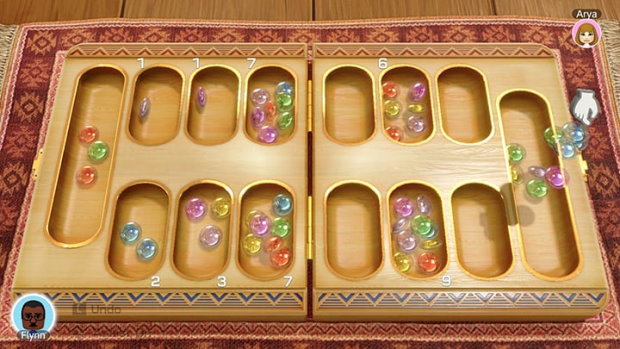 Individually, each game begins with a little skit presented to you by a boardgame mad couple and their two kids. In keeping with the toy feel of the game, they themselves are also toys because… why not?
The skits, though a little weird at times, are usually funny and short but can sometimes fail in explaining the basics of the game you’re going to play. Whilst there is no way to switch off the skits, so they end up playing every time you load up a particular game, they can, thankfully, be skipped with the press of a button. Additionally, if the skits leave any questions unanswered, you can get a proper instruction guide for reference at any point during a game. These guides are nicely presented with step by step instructions and pictures that go a long way to clear any confusion.


When creating so many games to add to a compilation, there is the temptation to pad and maybe add duplicates here and there, but no games here feel like a reskinned version of others. Whilst there is padding here, it is nowhere near what you’d expect. When thinking of a compilation of games to play quickly, toy variants of baseball, tennis, and even football (the soccer kind) are not the ones that would come to mind, but here they fit in perfectly with the roster in the way they are implemented and presented. 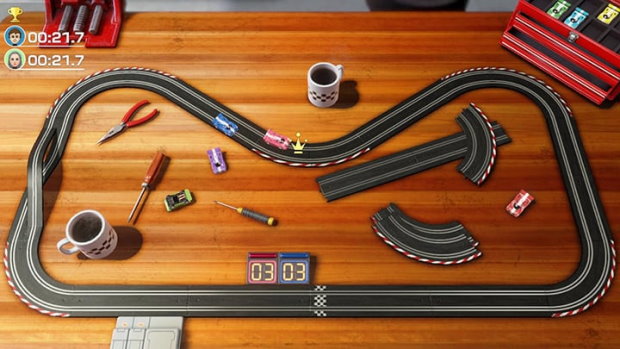 I could spend a lot of time talking about each of the games, but I will summarise by saying that odds are you will not enjoy every single game in this compilation, but there is genuinely something for everyone, and you may even end up finding new favorites that you never knew you needed in your life. For example, I have always been a fan of curling (don’t judge me), but I never knew that I needed toy curling in my life. But within a few seconds of playing, it became an instant favorite of mine. That is what this game does, it introduces you to brand new loves of your life.

It should be noted that there is a multiplayer component here. As you can imagine, not all games are multiplayer, but ones that are can be played either local or online. The online is set up in an interesting way. You choose three games you ideally want to play online and then continue playing the single-player. Upon finding a match for your requested games, your position in your current game is saved, and you’re transported into the multiplayer session. Once that’s finished, you are able to go right back into the saved single-player game right where you left off. All of this is done at near-instantaneous speeds. Loading in this game for both single-player and multiplayer is near non-existent, so you never feel like you are waiting for anything. 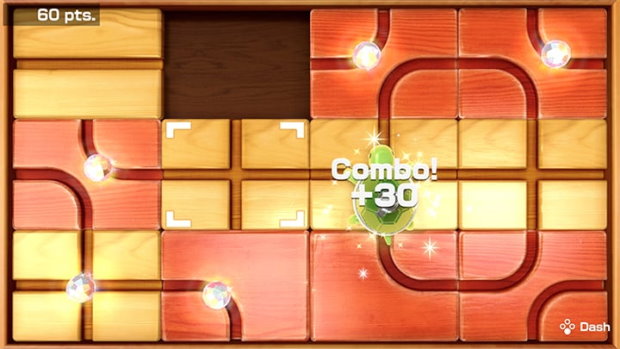 Local multiplayer is an entirely different monster. The standard Nintendo Switch staples are here. You can play the games via the touchscreen on one system, use two controllers on the same system, or using local communication to play on multiple systems. Where the multiplayer here gets interesting is where some games allow you to use Mosaic Mode. Mosiac Mode is when you combine your consoles together to create a larger screen or a larger playing area. An example is how you can do this for a game of slot car racing. By combining multiple consoles, you are given a chance to make the track bigger. Alternatively, you can also use this method to customize the layout of the track, adding a new way to play.

The game is near perfect with all its features and functions and little secrets it throws at you giving, providing incentives to keep coming back. For example, most games have different difficulty levels that actually provide a worthy challenge as you climb up – a special shout out goes to the impossible difficulty of Nine Man’s Morris. Whilst near perfect, the only place the game falters a little in is the controls. Some games control perfectly and allow you to control how you wish either by using the touchscreen, the buttons, or motion controls. Some games seem deadset on you using specific control methods, which end up making things frustrating. For example, bowling insists you use the touchscreen or motion control, and my beloved toy curling demands you use only the analog stick. These controls are okay most of the time but can be finicky and will frustratingly end up misinterpreting your input at crucial moments. 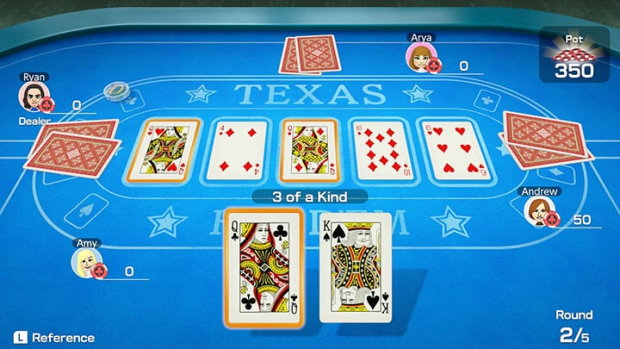 Aside from the controls, there is not a lot of negatives to be found here. The games and gameplay are fun and diverse enough that you will be hard-pressed to not find something that fills your niche. This is a great purchase that you can pick up at any time and play for a few five minutes while waiting for a bus or for longer sessions at home or on the go. At a budget price of only $39.99, this game is an absolute must-have in any Nintendo Switch collection.