The PlayStation 5 is (probably) coming out towards the end of the year, along with a lineup of shiny new exclusive titles that will launch along with the new console (or soon after).

The one wholly confirmed game we know of so far is Godfall, a project under development by Counterplay Games that, judging by its looks, may just be one of the most anticipated games of the year.

But the release of the PS5 doesn’t mean that the PlayStation 4 will simply disappear. Its 52% market share will not melt away instantly in December, right? This means that, although PlayStation 4 games will likely steal a great deal of the spotlight from the current generation of the console, there will be more than enough exciting projects released for it this year – and the next. Let’s take a look at some of them today.

Some people are sick and tired already of Marvel’s Avengers – not San Francisco-based Crystal Dynamics, though! The developer, known for titles like several the classic Tomb Raider titles, is taking its shot at transposing Marvel’s mightiest heroes (without the familiar faces from the movies, though) to the console.

The game places players in an alternative timeline where Taskmaster – a super-powered antihero or villain, depending on the individual story – has carried out a terrorist attack that destroyed most of Los Angeles. Here, superheroes are outlawed, and the city is led by a science-based organization called A.I.M.

Kamala Khan – who later takes on the alias Ms. Marvel, discovers a shocking conspiracy that only Earth’s Mightiest Heroes can fight against. The game will have playable characters like Iron Man, Captain America, and the Hulk, as well as several well-known villains from across the Marvel universe.

Gods & Monsters is a pretty accurate description of Greek mythology – all we need to add is mythical heroes and demigods to get the full picture (but that would’ve ruined the title). This is the world where the people behind Assassins Creed: Odyssey will take us with their upcoming game, set to be released (hopefully) before the end of this year.

The open-world adventure game will take players on a quest to help the Olympian Gods drive out all the monsters that have invaded the Isle of the Blessed. The developer behind the title is Ubisoft Québec, known for games like Assassin’s Creed: Brotherhood, and Assassin’s Creed Odyssey.

The exact release date of the game wasn’t announced yet.

Ubisoft’s dystopian hackstravaganza returns with a third installment that will, hopefully, release this year, because there are reports about it possibly being delayed into 2021 – or indefinitely. We’ll have to wait and see!

For the third installment of the Watch Dogs series, Ubisoft Toronto (known for games like the previous Watch Dogs installment and Far Cry 5) has created a dystopian future London that’s now a surveillance state. Players take on the role of members in the hacker group DedSec, fighting the authoritarian government’s control on the city through the advanced surveillance system called ctOS. The game will bring multiple playable characters, cooperative gameplay with teams of four, shared progression between the single-player and multiplayer game modes, and other goodies, to the table.

Techland’s Dying Light successfully combined its massive open world with a captivating story, free-running, and a day-night cycle that can truly scare the living soul out of players. The sequel was set to be released this Spring, but the developers postponed it to “when it’s done” – as far as we know, it should be worth the wait!

The sequel will take us to a location that will be four times bigger than Harran, with seven districts, each with its own look and feel. It will be set 15 years after the original story, with a new protagonist, new parkour moves, new melee weapons, new long-range weapons (such as spears), and new consequences for the player’s decisions that will affect the way NPCs relate to players in the long-run.

Finally, let’s take a look at a newcomer that has some big names behind it, including Marcus Lehto, former Art Director at Bungie, and the co-creator of Halo. V1 Interactive, the studio he co-founded, is working on part squad-based FPS, part RTS title Disintegration.

Players will be able to make decisions and command their forces from above the battlefield – they’ll hover above it on a Gravicycle, armed to its metal teeth – or from the ground, taking on a much more hands-on approach to destruction and mayhem. The game will have a full single-player campaign as well as a “huge” multiplayer component. Its release date was not revealed yet – but hopefully, it will be this year.

Kholat Out Next Week 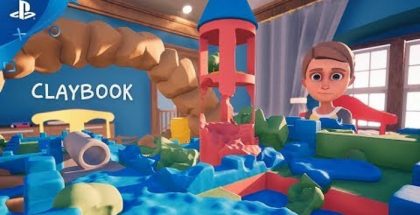 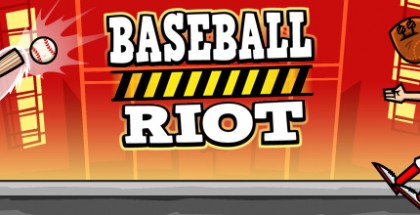