We’ll be working on a review for Strawberry Vinegar, so I got in touch with ebi-hime to talk a bit about the game and its development. Come check it out!

PS4Blog: Hi! Welcome to PS4Blog.net. Can you please help us by telling our readers a bit about yourself and your work?

Hi, I’m ebiebi, and I write visual novels. I’ve been writing my own visual novels since about 2013. It began as a fun hobby I did in my spare time, and my earliest projects were all released for free. Over time I started to work on longer stories and upped my production values to make everything look more professional. Now, I release most of my stories commercially.

I’ve written a lot of different stories in a lot of different settings and genres, and I like playing around with my writing style. I think my favorite genres to work in (for the present, at least) are tragedy and historical romance, but Strawberry Vinegar falls into neither category. 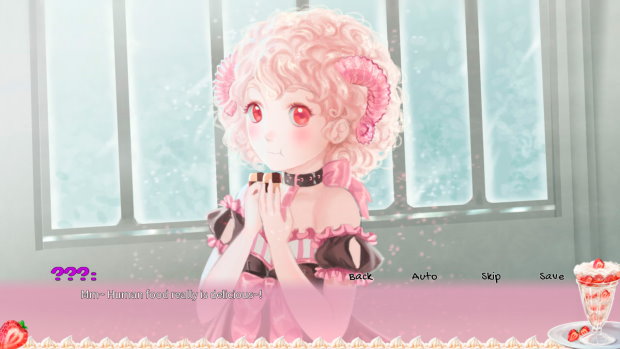 PS4B: Ratalaika Games has announced it will be releasing Strawberry Vinegar next month on PlayStation 4 and Nintendo Switch. How would you describe the game to someone who’s never heard about it?

Strawberry Vinegar is a cute, comedic visual novel that doesn’t take itself very seriously. It’s set in Japan and was primarily inspired by the anime and manga series Strawberry Marshmallow. If you like silly slice of life stories, it should be entertaining enough! The story also has a big focus on food and features a lot of very pretty pictures of food. Who doesn’t like food?

There’s also some mild ‘romantic’ content between the two female leads, but as the characters are so young, it’s presented as a cute childhood crush rather than anything serious (kind of like the relationship between Sakura and Syaoran in Cardcaptor Sakura, which was another loose inspiration for the story). The main focus of the story is slice of life hijinks, jokes, and food. 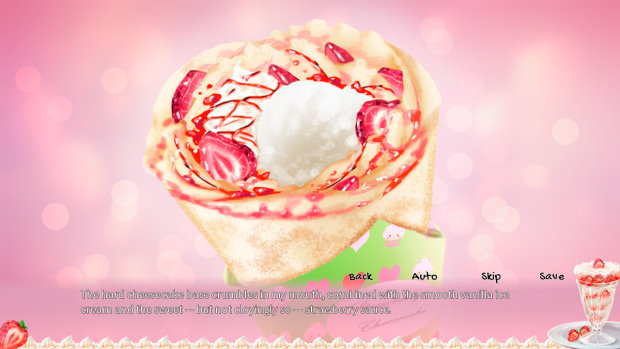 PS4B: How long did it take to develop Strawberry Vinegar for its initial release? Are there any differences between the Steam version and the console versions?

I think it took about a year for the original story to be finished. I started working on it in early 2015, and it was released on Steam in 2016.

I gave the story another round of proofreading and editing for the console port, touched up some of the UI, and updated the sprites, so they blink now. I pushed all these changes to the Steam version as well, so while I update the visual novel for its console release, there should be no real difference between the Steam release and the port. 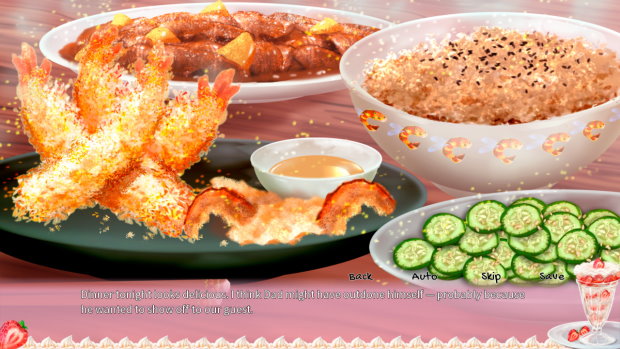 PS4B: A Winter’s Daydream is another one of your visual novels that also made it to console, so I was wondering if there are plans to bring your other projects to the PlayStation 4 and the Nintendo Switch.

I would like to release more of my visual novels on console at some point (particularly The End of an Actress and Blackberry Honey, which I’m very fond of), but we’ll have to wait and see what happens! 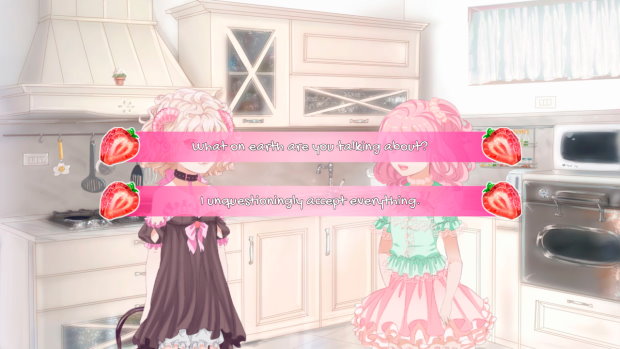 I hope anybody who decides to check out Strawberry Vinegar enjoys it! It’s one of my older releases, but I put a lot of work into it, and I still think some of the jokes are pretty funny.

I’ve written a huge range of stories in a lot of genres, so even if Strawberry Vinegar doesn’t appeal to you, I might have written something else that would be more to your tastes!