In action RPG Warhammer 40,000: Inquisitor – Martyr, you’ll take on the role of an Inquisitor, the Imperium’s most powerful agent. Action is part of this game’s genre for a reason, since a few minutes into the game you’ll be tasked with using your powerful attacks and abilities to destroy anything that dares to get in its path. The Inquisitor is all-powerful, all-knowing, and a great tool of the Imperium, and it’s up to you to make the most of what the Inquisitor can do as you explore the Caligari sector. 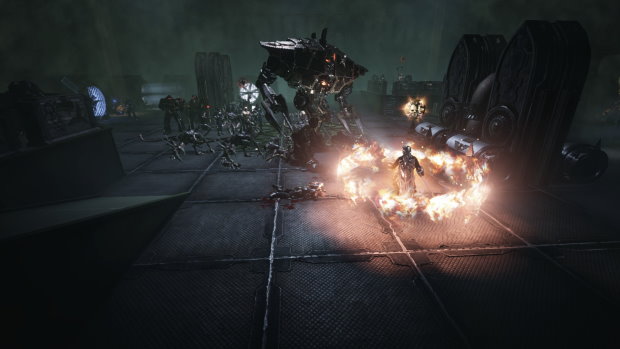 Due to its online nature, you will need to link an existing Neocore Games account or create one before you can dive into Warhammer 40,000: Inquisitor – Martyr. Creating a Neocore games account is actually a pretty fast process that will only take a couple of minutes – at most – as you’ll have to input an email address, nickname, and password, then click on the link emailed to said email address to confirm your account and to agree to the terms of service. Once this has been taken care of, the next step will be to create the character that will act as your Inquisitor in this sci-fi fantasy adventure.


There are three classes you can take for a spin during your time with Warhammer 40,000: Inquisitor – Martyr: Crusader, Psyker, and Assassin. The Crusader is a fearsome warrior that favors heavy armor and powerful weapons, marching on no matter the situation, making it the tank character of the bunch. Because of this, they can wield powerful melee heavy weapons, as well as ranged weapons that pack a paunch. The Psyker will be able to make great use of its psychic powers to get the job done. It will use light armor, using force weapons that amplify its potential as it draws power from the Warp, channeling otherworldly energies to do its job. The Assassin does its name justice, showcasing its expertise with hit-and-run tactics, using its speed and skills, as well as exotic equipment that only those of a Death Cult background can use. The Assassin can use its dodge ability to evade attacks from their enemies, a great skill that compensates for its light armor. 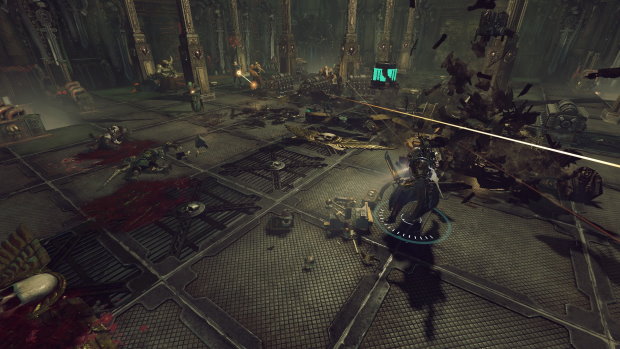 You can also select an expertise for your Inquisitor based on its class. The Crusader can have an Assault, Tactical, or Heavy Gunner expertise. The Assault provides access to the power sword, greatsword, suppression shield, and assault armor, making it ideal for hand to hand combat. The Tactical expertise gives the Crusader the laspistol and autogun, as well as sentinel armor, giving it some ranged attacks as well as a teleport to summon tarantula turrets into action. The Heavy Gunner expertise places a big focus on the shotgun and lasgun weapons while making the most of its demolition armor. Thanks to this, it will have heavy armor with a missile launcher system, as well as more powerful short-range guns.


The Assassin can select between the Sniper, Infiltrator, and Eradicator expertise. Sniper will grant the sniper rifle and autopistol, as well as some hololithic armor. Thanks to this, you can attack enemies from a safe distance while creating holographic projections of the Assassin to confuse enemies. The Infiltrator expertise will give her death cult blades, an assassin power sword, and a stealth bodysuit so that she can sneak up on opponents with its chameleon-like abilities and powerful and deadly sharp blades. The Eradicator expertise will give her a shotgun and sniper rifle, as well as the fabricates distortion armor. With this equipment, she’ll be able to attack from short and long-range, as well as use the armor’s speed boost. 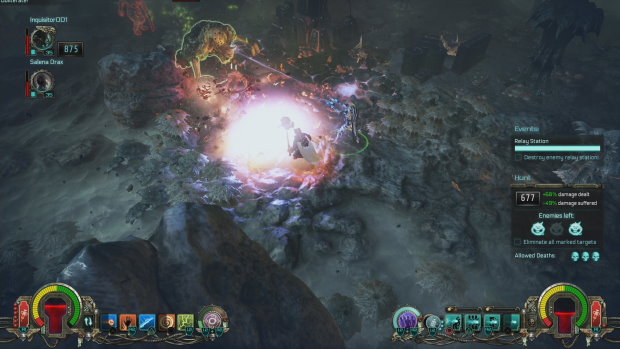 And then we have the Psyker’s options with the Empyreanist, the Scryer, and the Aetherwalker. The Empyreanist gets access to the force staff, a psychic weapon that can channel its user’s amplified will, as well as the empyrean armor, a ceremonial piece of armor that can create a warp anomaly to halt the flow of time for a short bit. The Aetherwalker expertise gives him a force sword and force rod, a pair of powerful psychic weapons, as well as the Aetherwalker armor, which allows him to travel over short distances in a blink. The last option is the Scryer, with bestows upon him the bolt pistol and force rod for attacking from a short-range, as well as the warpbound armor, a light armor suit that can help him with a more stealth-focused approach. 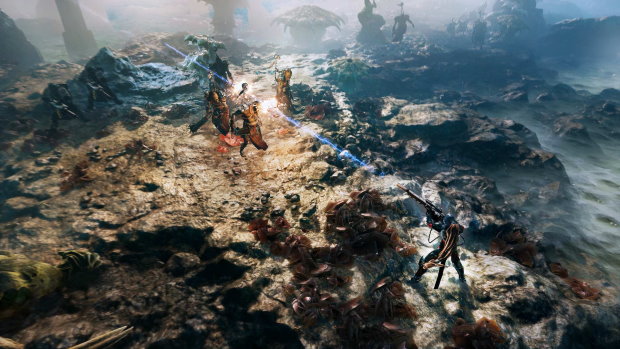 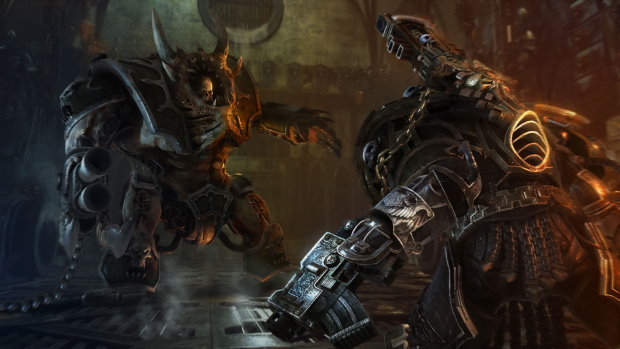 Warhammer 40,000: Inquisitor – Martyr has a ton of content to offer, with three character classes with three expertise available for each one so that you can find the right option for your playing style. Trophy-wise, there’s a heavy push for the online component of the game, and you’re looking at around 60-80 hours for a full Platinum run because of this – at least technically there are only two missable trophies in the whole lot! If you’re looking for a meaty action RPG to dive into on PlayStation 4, then be sure to check Warhammer 40,000: Inquisitor – Martyr!

Disclaimer
This Warhammer 40,000: Inquisitor – Martyr review is based on a PlayStation 4 copy provided by Neocore GamesNeocore Games.