[PS4] Infinite: Beyond The Mind Review


In Infinite: Beyond the Mind from indie Emilie CoyoEmilie Coyo and Blowfish StudiosBlowfish Studios, you’ll be taking on a fast-paced action platformer as you take a stand against the evil ruler of Beljantaur Kingdom, Queen Evangelyn Bramman, and her army, in order to stop her bid for world domination. The game offers a single-player Solo mode, as well as a local couch Co-Op Mode. You’ll be playing as either Tanya or Olga, as you take on the 16 stages that Infinite: Beyond the Mind has to offer, either in Easy, Normal, or Expert difficulty. 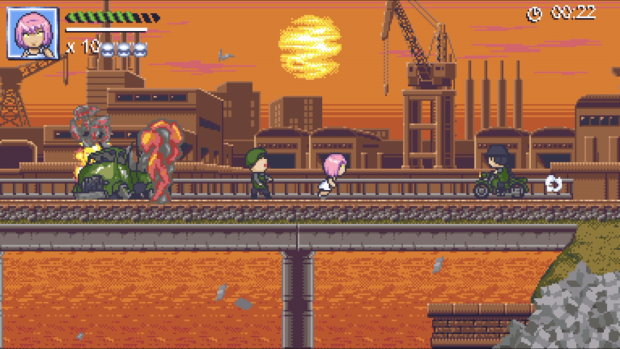 You’ll move your character with the D-Pad or the left analog stick, jumping and double jumping with the X button. You can also wall jump by hugging a wall and pressing the X button. Attacks are set to the Square button. You can quickly look up or down as needed by double-tapping up or down on the left analog stick or the D-Pad so that you can see what’s going on around you, and you’re not caught off-guard. You have a special power that can be activated by standing still and pressing and holding down the Circle button, which will call in support to deal with all enemies on the screen. The Circle button can also be used to make your character roll out of danger or to dash while in mid-air. The game will have the option of taking on a short tutorial stage so that you can get the hang of things, boss fight included. 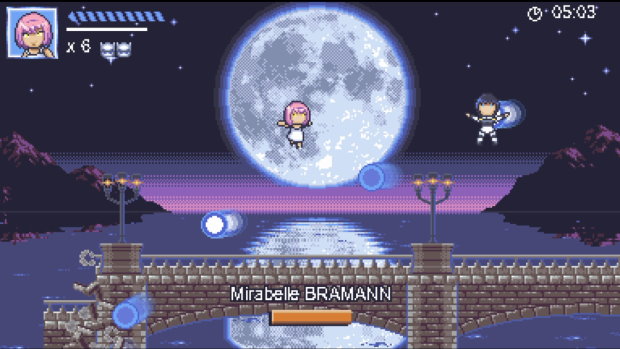 For each stage, your main objective will be to get from point A to point B as you kill anyone in your path. You can technically avoid many fights if you make good use of your dodge roll/air dash and your jumping skills, but every now and then, you’ll run into a mandatory fight that will force you to battle so that you can carry on with your mission. You will also be able to jump into deadly and powerful gun turrets that will make it very easy to get rid of all enemies in the area so that you can keep your health – and your extra lives – for the boss fights. Some levels will place you in a flying vehicle, and it’s then that you enter shoot ‘em up territory and must attack anything that moves. 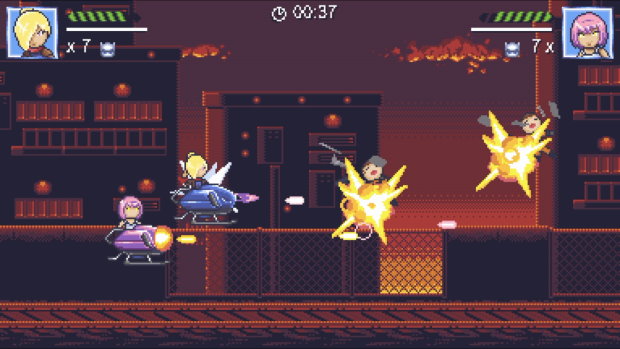 For the boss fights, each of them will have you learning the boss’ movement and attack pattern so that you can find the right time to attack. There’s certainly some trial and error involved, and each boss will have a different behavior that will challenge your skills. You’ll run into a pair of rough and tough soldiers who are up to no good, a flying mechanical weapon, or a tough boss that flies around the screen with energy spheres floating around her, to name some examples. Depending on the difficulty you chose, boss battles will be more and more challenging, so be ready!


And now, let’s talk about the game’s trophies! The good news is that Infinite: Beyond the Mind includes a full trophy list with a Platinum trophy. The bad news is that it’s definitely going to challenge your skills every step of the way! There are trophies for completing the game in Easy, Normal, and Hard, with Hard doing its name justice. You also have to finish the game in the local Co-Op Mode, complete the game having defeated less than 500 soldiers and less than 200 vehicles, complete the game having defeated more than 1,300 soldiers and more than 500 vehicles, obtaining 12 health points from picking up the HP boosting hidden gems, completing the game in less than an hour, and getting the three different endings for the game. 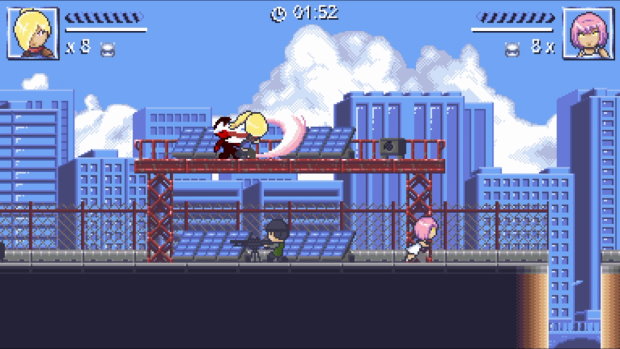 Infinite: Beyond the Mind is a fun 2D action platformer with a solid art style and easy to understand gameplay mechanics that bumps up the challenge at a steady pace. With three difficulty options, a local Co-Op Mode, a full trophy list with a Platinum trophy, and an in-game timer that keeps track of how long it takes you to beat the game, this one offers plenty of replay value. Infinite: Beyond the Mind is out now on PlayStation 4 for a $9.99 asking price.

Liberated Out Next Week On Nintendo Switch