Enter the arena, and leave your opponent’s blood and limbs on the ground… or else yours will be lying there. Check out our PS VR GORN review!

GORN is a ludicrously violent VR gladiator simulator, made by Free Lives, the developers of Broforce and Genital Jousting. Featuring a unique, fully physics driven combat engine, GORN combatants will be able to creatively execute their most violent gladiatorial fantasies in virtual reality. Savagely strike down an infinite supply of poorly-animated opponents with all manner of weapons – from swords, maces, and bows to nunchuks, throwing knives, massive two-handed warhammers or even your blood-soaked bare hands. The only limits to the carnage are your imagination and decency, in the most brutal and savage VR face-smashing game ever produced by man.


Gorn is a new game on PlayStation VR, which has finally made it to Sony’s console after making the rounds on other VR platforms. As someone invested in the VR community, this is one that I was very excited about coming to PS VR since it was announced. The easy way to describe Gorn is that it’s a gladiator simulator. You are placed in different areas where you must battle to the death against all of the other gladiators. Since it’s on PlayStation VR, the action is right up in your face and all around you, keeping things feeling really frantic.

As with all VR games, let’s talk about the controllers. You will need two PS Move controllers since there is no DualShock 4 support on this on. Each of your PS Move controllers will act as one of your hands, and each hand can pick up one weapon at a time, or you can use both to hold two-handed weapons… or just use them as good old fashion fists for beating. As for the implementation of this while playing? It works really well! 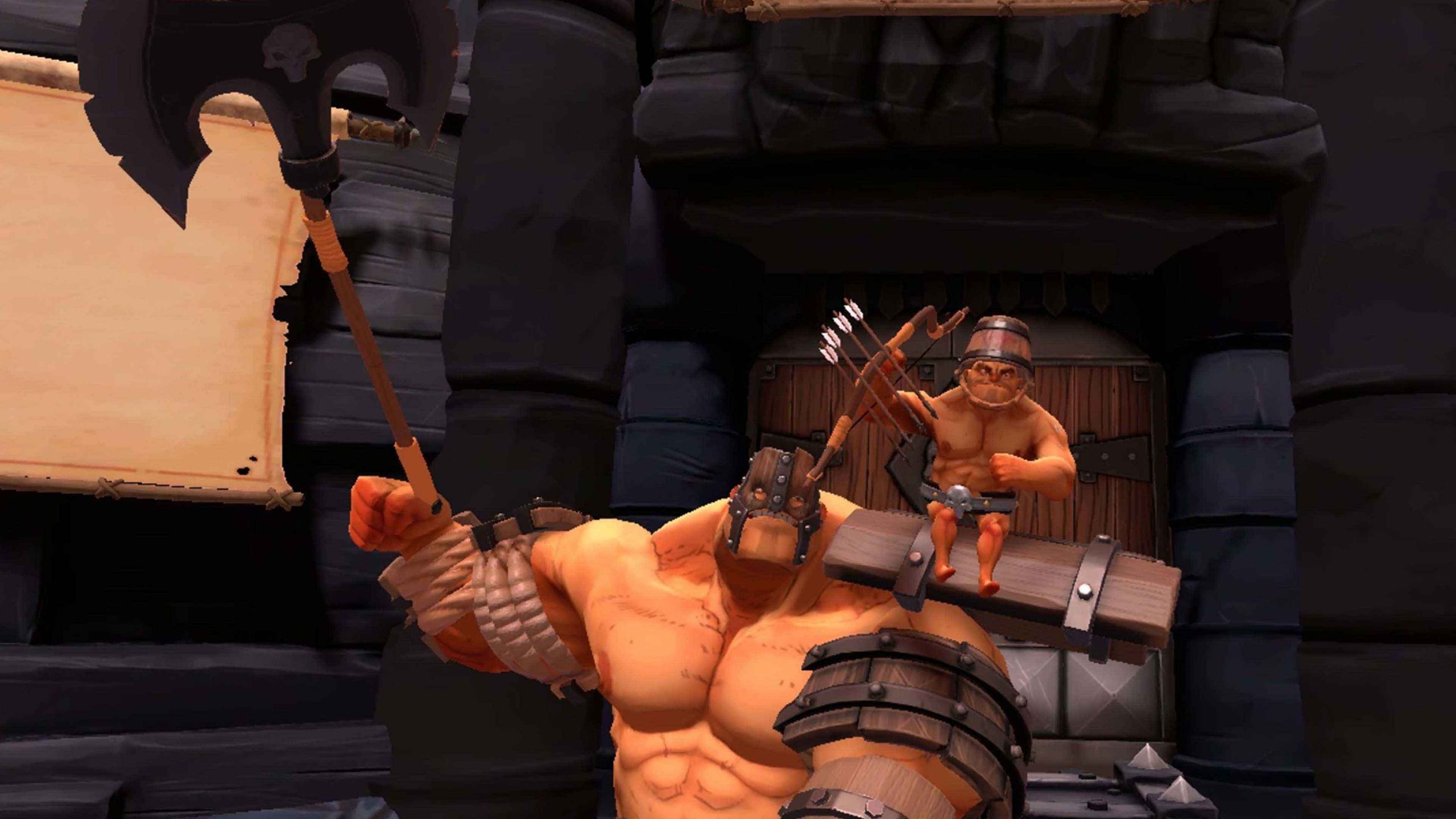 Locomotion takes a bit of getting used to as you will use the PS Move buttons to grab the air in front of you and pull you forward. I found myself alternating between both arms, as I worked on pulling myself forward. It almost felt like being on the elliptical or doing cross country skiing! It took some getting used to, but I was quickly sprinting across the arena at my next victim in no time.


You are introduced to weapons as you go into the different arena’s and are shown how to use them. At first, you are given basic things like maces, but you soon get swords, axes, bow and arrows, knives, two-handed hammers, and more. The weaponry is outstanding as you progress further in Gorn. It’s amazing, so I don’t want to spoil some of the surprises. I think everyone will have their own preferences, but I found the bladed weapons to be my favorite. With good precision, you could chop off limbs or heads really easily. I had a lot of issues with accuracy with the ranged weapons, so I’m curious to hear people’s opinions on their favorite weapons. Gorn is a real workout with all of the moving around and slashing. I got a real sweat on, and, in fact, my Fitbit picked it up as an aerobics workout! 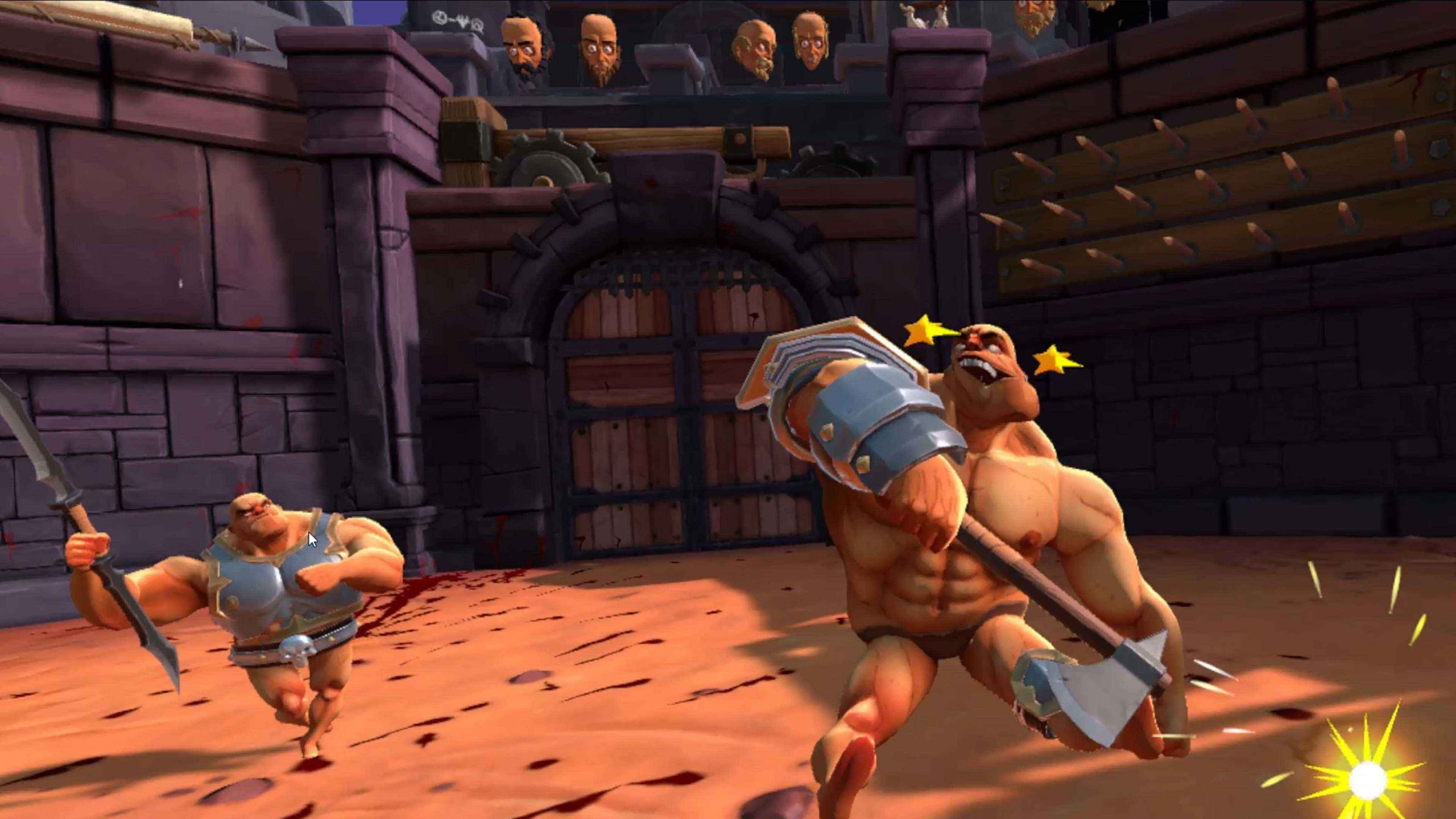 There’s a bunch of arena battles to go through, generally teaching you about a new weapon, but you then you enter a free for all mode where it’s every grunt for itself. This is where you need to watch the battlefield at all times. As gladiators are killed, doors will open, and more will come out. If you see two fighting off in the distance, but see a new one entering go after the new one and let the other two keep duking it out, so you can pick the leftovers bones when they are done. There will usually be some sort of extra goal as well. After the free for all, once you have proven your worth, you will fight a boss character, with each one feeling a bit like a puzzle to solve.


When you are in the heat of battle, you can’t take much damage, since usually a hit or two at most will make the screen start flashing red, and your eyes will slowly close as you die. If you can immediately kill someone during this, you will be revived and good to go. I found myself sprinting to downed targets trying to finish them off so that I could continue to fight in that section of the arena. 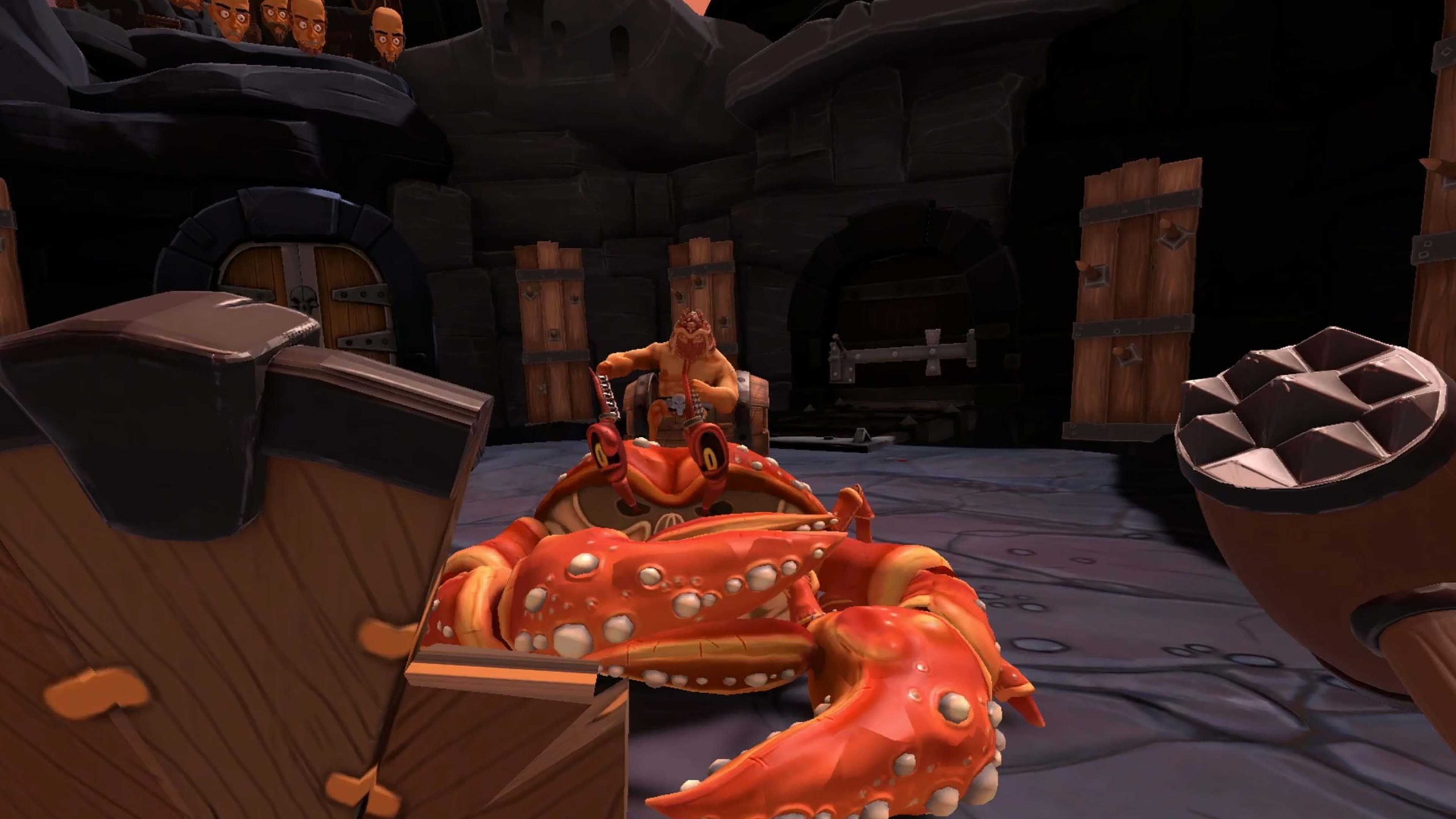 While Gorn sounds ultra-violent, and it is, it tones things down a bit with an almost cel-shaded cartoon look to not make everything look to the extreme, with oversized ragdoll goons with exaggerated proportions that are ready for a fight. I mean, when a head is ripped open, and you see the tongue flapping, I think the art style helps keep it from being a bit too much. My biggest issue with the game initially was using the buttons on the PS Move controller to turn. I found myself constantly wanting to turn on my own, with my wife mentioning how I wasn’t facing the TV anymore. I got better at using the controller buttons to do the turning, though, which made it much less of an issue after later play sessions.

Final Thoughts
Gorn is an ultraviolent workout that has probably become one of my favorite PS VR games so far. It’s consistently replayable even though the main missions are short and will only take a few hours to complete. You will unlock all of the weapons in custom modes allowing you to create your own carnage. If you aren’t squeamish and looking for a new workout game, then Gorn is a bloody good time on Sony’s console!

Disclaimer
This GORN review is based on a PlayStation VR copy provided by
DEVOLVER DIGITAL.