Ion fury is the latest game from 3D Realms, ready for you on PlayStation 4. If that name sounds familiar, then you are probably aware of the Duke Nukem series of games mainly from the 1990s. If that is the case, then you already know for the most parts what to expect from Ion Fury, a first-person shooter with 1990s aesthetics, level design, and “humor.” 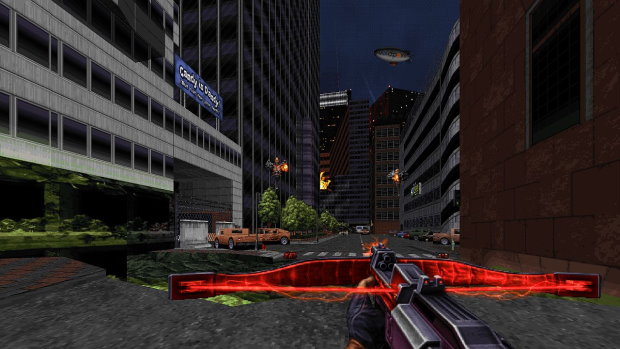 In Ion Fury, you play the role of Shelley Harrison of the Global Defense Force, who is going up against a group of cultists that have taken over the city. She will need all the help she can get! If only she could fit a grenade launcher in her purse… That’s right, in Ion Fury, you are a woman because we need to get as far away from Duke Nukem as possible. Straight away, you can tell this was the right decision as Shelley is a lot more tolerable than Duke. Her one-liners are just as bad (and repetitive), but the levels of cringe are less egregious. The repetitive nature of the one-liners is not limited to Shelley as her enemies are prone to repeating any one of the exact same three lines over and over again. The chatty nature of the enemies does serve a purpose. With the levels being as sizeable as they are, it is possible to get lost and be blindsided by enemies. They effectively announcing themselves acts as a bit of an equalizer, but it’s no less annoying. 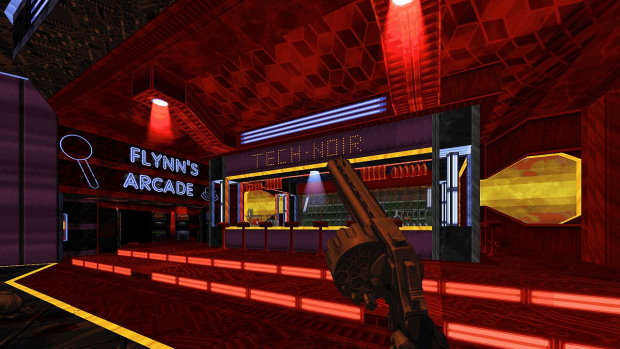 As mentioned, levels are sizeable and not entirely linear, with no clear markers on the levels to indicate where to go. It can become tiresome to go back and forth, trying to figure out where to go next.
With that being said, it is not all bad! In fact, the majority of the game is great. A great deal of attention went into the construction of each stage and the game overall. The controls are smooth and fully customizable, though there is a bug that sporadically fires a bullet from your gun. I tried playing on two different controllers but had the same effect. This can become annoying if you’re trying to conserve ammo. Granted, the game is reasonable with its ammo drops as you pick up an assortment of weapons, from your pistol to shotguns and so on, with some of them with even having an alternate fire mode. 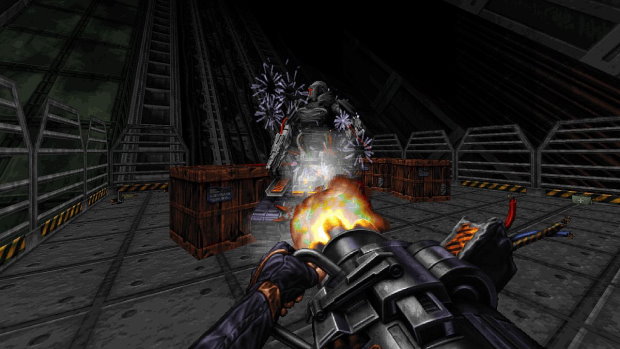 The weapons are interesting to use if a little tricky to aim. The auto-aim function can be played with alongside other control options, including the highly sought after Field of View slider. The level of customization here is vast for a console port, and it’s certainly appreciated. As mentioned earlier, the levels are of a nice size, and being able to maneuver smoothly across each one is a genuine joy to behold, especially when each area has a myriad of secrets to uncover, from big secrets to more subtle Easter eggs. Each one is cleverly hidden, making this more than just a straightforward shooter. In addition, there are several bonus missions and challenges that unlock as you progress. 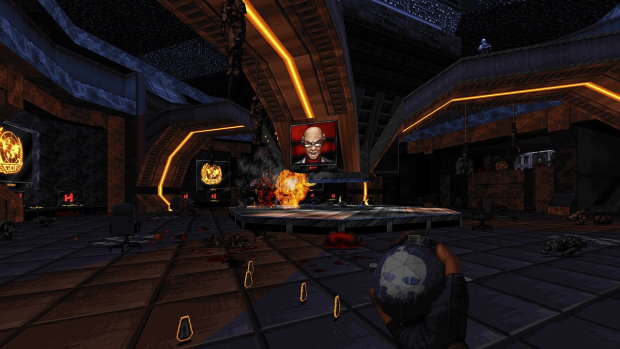 Ion Fury makes an effort to fully encapsulate the era it is trying to pay homage to and, for the most part, it does a good job in bringing back that style of FPS but with modern-day twists and options to make for a more enjoyable experience. If you’re a fan first-person shooters from the 1990s, then you’re going to get a kick out of Ion Fury on PlayStation 4.

She Sees Red Out Now