Guard Duty from Ratalaika Games and Sick Chicken Studios is a new point and click adventure game with an old-school look and feel, now out on PS4 and PS Vita. Learn more in our Guard Duty review!


In Guard Duty from Ratalaika Games and Sick Chicken Studios, you will be taking on the role of Tondbert, a loyal Guard at the Castle of Wrinklewood… who’s in a lot of trouble. While he was on watch at the castle’s gate, he let a stranger sneak into the kingdom, and he ended up kidnapping the Princess! As you can imagine, this is a very bad thing, but it’s even worse since it turns out this particular situation has an impact 1,000 years in the future, which is why you must help Tondbert and Agent Starborn to save the day before it’s too late! 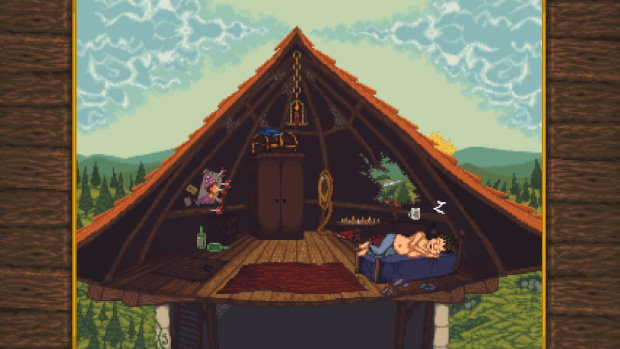 Since Guard Duty is an old-school infused point and click adventure game, you’ll be using the left analog stick to move a cursor around the screen as you explore each area that you visit. If you want to examine something, you can do so with the Circle button. If you want to move or use something, this is done by pressing the X button. Other than that, you’re set! You’ll be solving many puzzles during your time with Guard Duty, and you can take on the game either with voice acting and text at the bottom of the screen or with nothing but text for that old-school feeling. 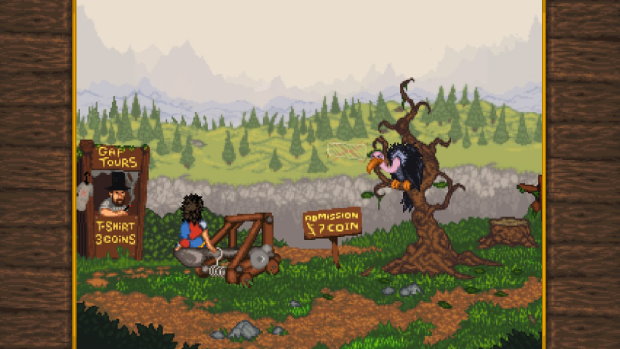 Anything that Tondbert picks up during his adventure will be added to the Infinity Pouch, which works as his personal inventory. The Infinity Pouch can be accessed by moving the on-screen cursor to the upper right corner of the screen and clicking on the pouch icon. As its name suggests, the Infinity Pouch is a very handy item that allows you to carry all items with ease since all of the things you collect will be added to it automatically, and it has infinite space inside, so you’ll never have to worry about getting rid of something to make room for something else. 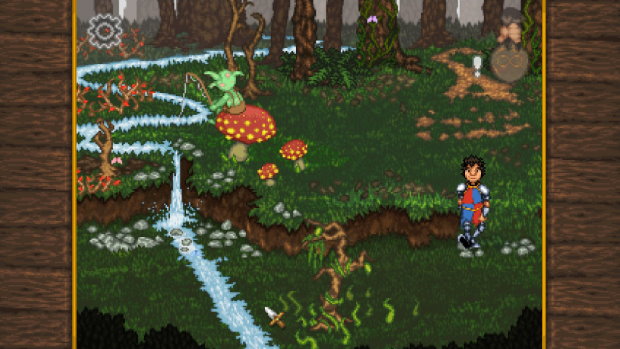 Every interaction that Tondbert has with the world around him can lead to him making a note of any particular situation that might prove to be useful to lead the way towards his next objective. Without spoiling things too much, I’ll talk a bit about the first couple of things he needs to do. The King has called for him, but he can’t just go and present himself to the King because someone has locked him in his room! On top of this, someone stole his uniform, and he can’t just show up before his royal highness in his underwear! Because of this, he will make a note in his To-Do List, which is inside of the Infinity Pouch. If you ever feel lost or need a reminder of what to do next, just check the list, and you’ll be ready to carry on. 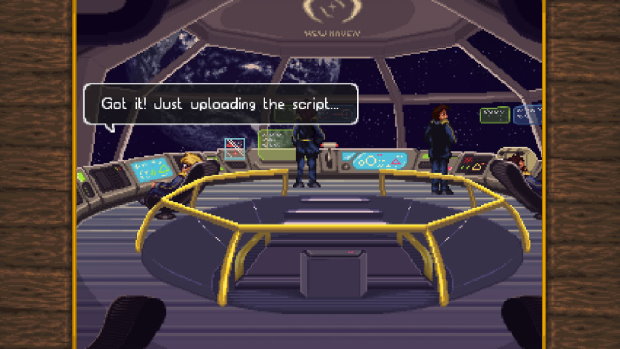 You’ll have to interact with some characters here and there during your time with Guard Duty. Some of them will require that you use a particular item for the story to carry onward, while with others you will carry out long conversations with multiple dialogue options, that will allow you to select different topics to discuss as you try to find the information needed to solve the mystery at hand. And, you know, so that you can help Tondbert to fix the big mistake he made by letting a shady-looking stranger into the castle in the first place! 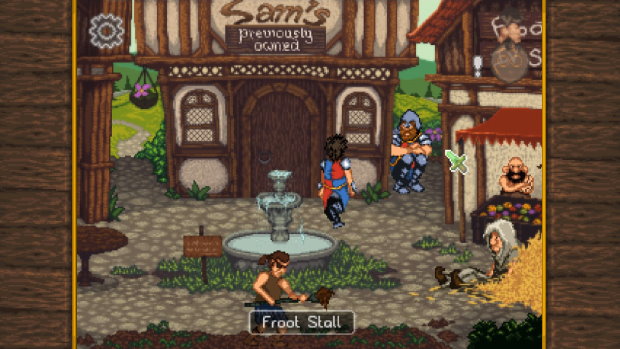 This being a Ratalaika Games release, Guard Duty has a full trophy list with a Platinum trophy at the end of the road. If you have a PlayStation 4 and a PlayStation Vita, you can get two Platinum trophies by playing the game from start to finish, since this is a Cross-Buy release. What this means is that if you buy Guard Duty on PS4, you’ll get the PlayStation Vita version as well at no extra cost, and vice versa. As for the trophies, most of them are obtained for progressing through the game’s story, except for the one trophy that is missable. The good news is that if you do miss that particular trophy, you can get it within the first five minutes of a new run. 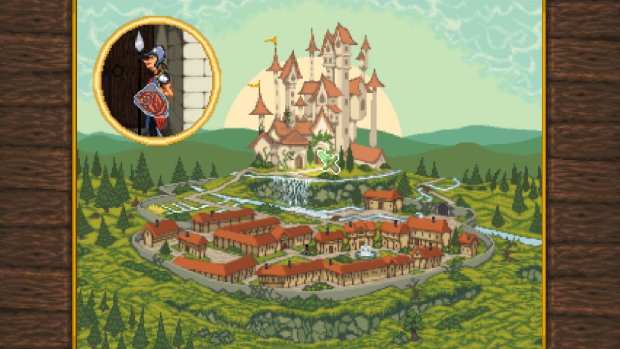 Guard Duty is a solid point and click adventure that pays homage to the classics of ages past while doing its own thing, presenting a fun journey that will take you a handful of hours to complete. It features a full voice-acted story, a funny story, great pixel art, and a Platinum trophy for trophy hunters out there, all for a budget $9.99.

Disclaimer
This Guard Duty review is based on a PlayStation 4 copy provided by Ratalaika Games.

Evan’s Remains Out Next Month On PS4 And Nintendo Switch