Fury Unleashed from Awesome Games StudioAwesome Games Studio is a 2D run ‘n gun action platformer that pays homage to the old-school classics such as the Contra and Metal Slug series. The story will be presented as a series of comic books that you’ll read between all of the action, as you learn more about the threat you’re out to eradicate for each mission. The game started its life known as The Badass Hero, but back in 2018, it got a name change to Fury Unleashed, a move that I believe was the right call. 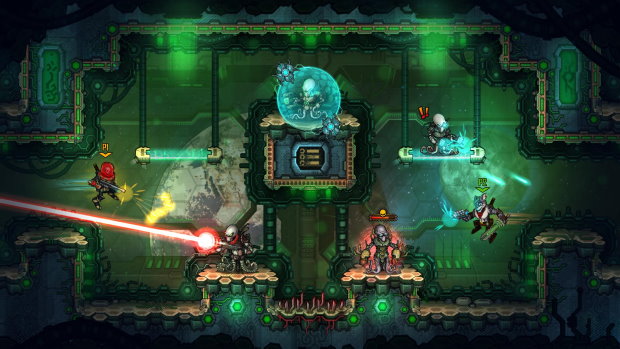 Your weapon can be reloaded by pressing the Circle button so that you don’t end up being caught with no ammo, and your character automatically reloading at the worst of times. If you want to do a ton of damage, then you can press the L1 button to use one of your grenades to make everything it touches go “BOOM!”. If an enemy is too close for comfort, you can press the Square button for a melee attack. You can also stomp on enemies by pressing down on the left analog stick or the D-Pad to instantly kill most enemies. Your hero will also have a superpower you can trigger with the Triangle button, which will regenerate after you kill 20 enemies. 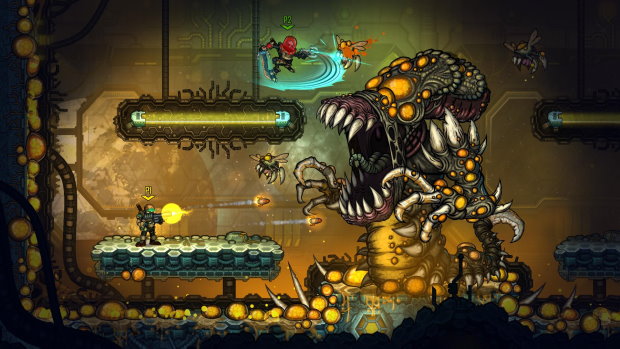 Your first choice before jumping into the action will be to select between the Easy and Hard difficulty settings for Fury Unleashed. Easy, as the name would suggest, is a lot easier than the other mode, making things more accessible for players who might be new to the run ‘n gun genre. The trade-off is that playing in Easy will end up disabling most trophies and leaderboards. As for Hard, well, it’s the mode that presents to players Fury Unleashed in all its challenging glory, just like the developers intended!

Once you’ve selected the difficulty setting, the next step will be to pick the one unlocked comic book for the game so that you can take on a new adventure. First up is Awakening of the Ancient Gods, and after progressing through the different stages that comic book has to offer – and defeating its three main bosses, you’ll get to unlock Operation Crimson Dusk. Do the same for Operation Crimson Dusk, and it will then be time to take on Earth’s Last Stand. After you do all that, there might still be a surprise left! 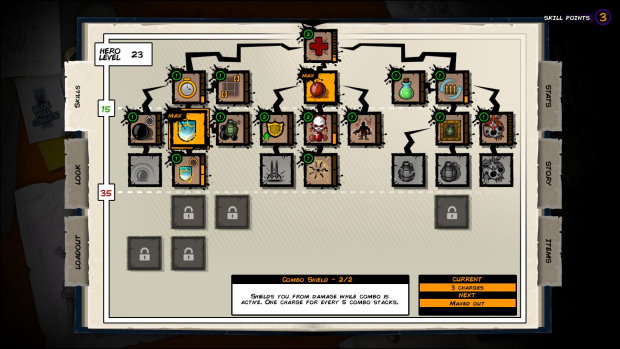 Killing all enemies in your path is a good idea because they will release ink after being defeated. Black ink will boost your overall power, serving as the game’s experience points, while golden ink will be sort of the in-game “premium” currency used for getting the “good stuff.” Your hero can be upgraded to unlock different stat bonuses, skills, and perks that will aid you in your adventure. You could use the skill points you obtain to increase the maximum health points, increase the overall window of opportunity for combos, give you the chance to fast travel to previously visited frames, boost the odds of having a potion spawn after killing an enemy, or reducing the reload speed for your weapon, to name some examples.

You can also customize the look of your hero, with more hero models unlocking as you progress through the game. After selecting a character model, you’ll get to select from different hair options, war paint patterns for their faces, and accessories. There’s also the option of changing their skin color, hair color, and war paint color so that you can have the right avatar for this action-packed mission. And if you want to let the game pick for you, there’s also the handy randomize option. 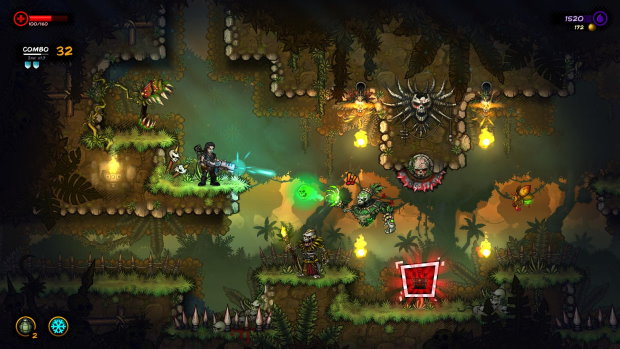 Fury Unleashed has a full trophy list with a Platinum trophy that will certainly keep you playing for a while! There are a bunch of objectives to complete, such as finishing a chapter with all health points without using fast travel, scoring a 50 combo, killing three bosses, killing five enemies with a single bullet, finishing a chapter without killing any enemies, taking any damage or using fast travel, collecting 50,000 ink in a single run, or killing two bosses in a row without taking any damage, to mention some examples.

Fury Unleashed is a pleasantly surprising fun, fast-paced experience on PlayStation 4. It’s a very addictive game with a solid presentation and tight gameplay mechanics that will keep you coming back for more as you gradually upgrade your hero to survive the gradually more challenging onslaught. There’s a lot of content to play, and a Platinum trophy to aim for, all for $19.99.

Strawberry Vinegar Out Next Month